I wish to ask the State of Israel: Why is a man removed from his own area | Machsomwatch
Skip to main content
Back to reports search page

I wish to ask the State of Israel: Why is a man removed from his own area 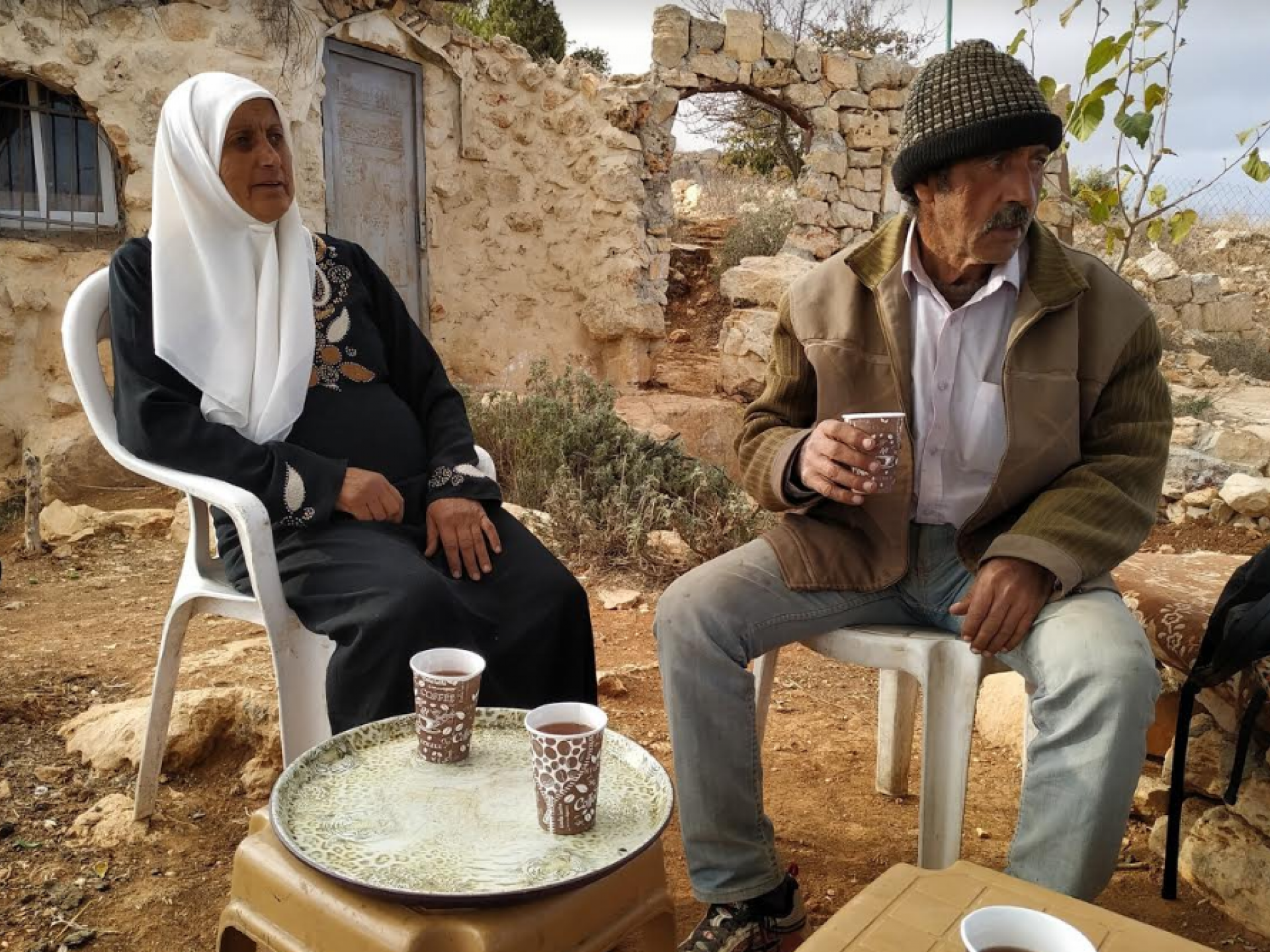 Sa'ad and his wife in the yard of their home 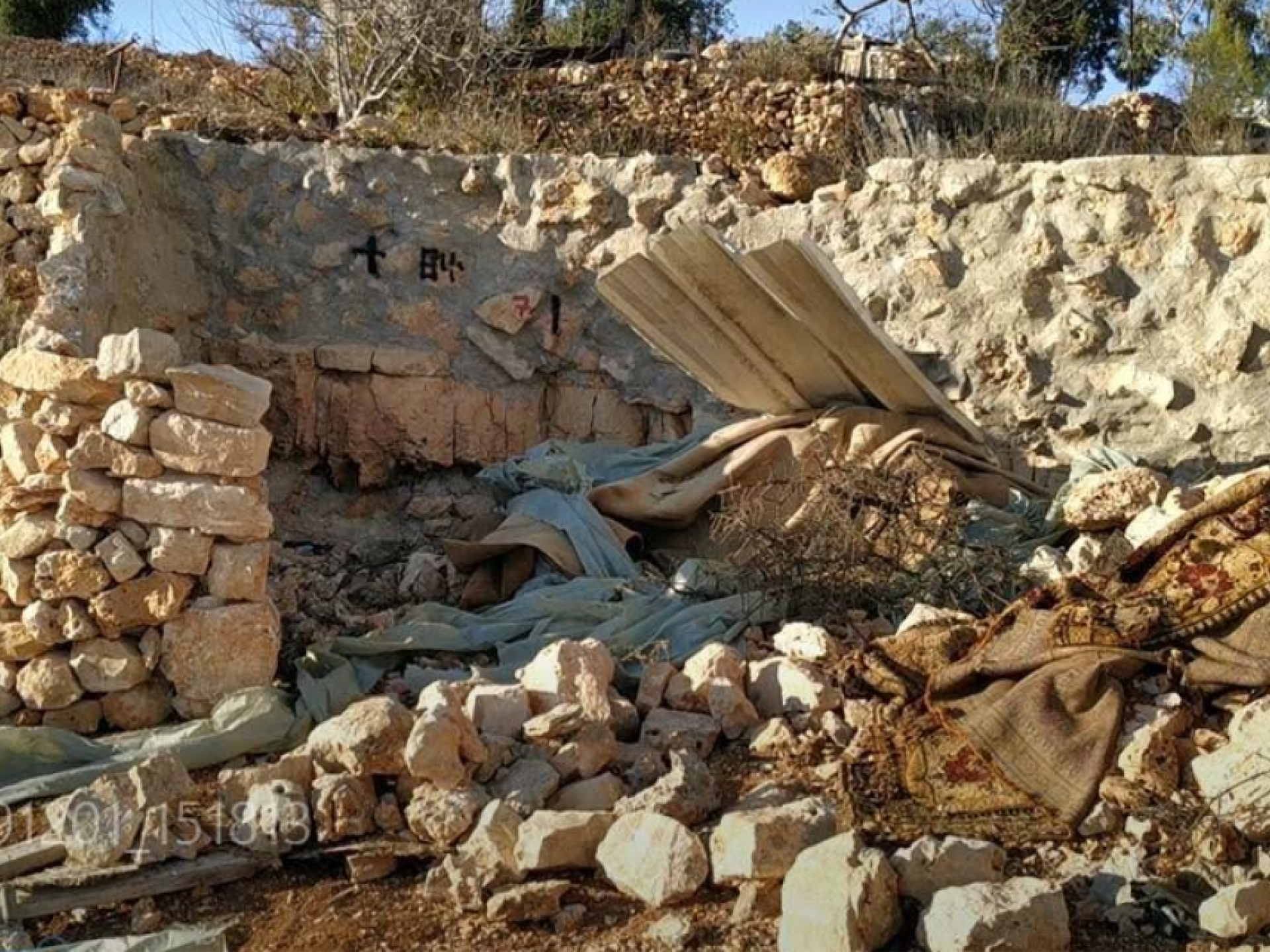 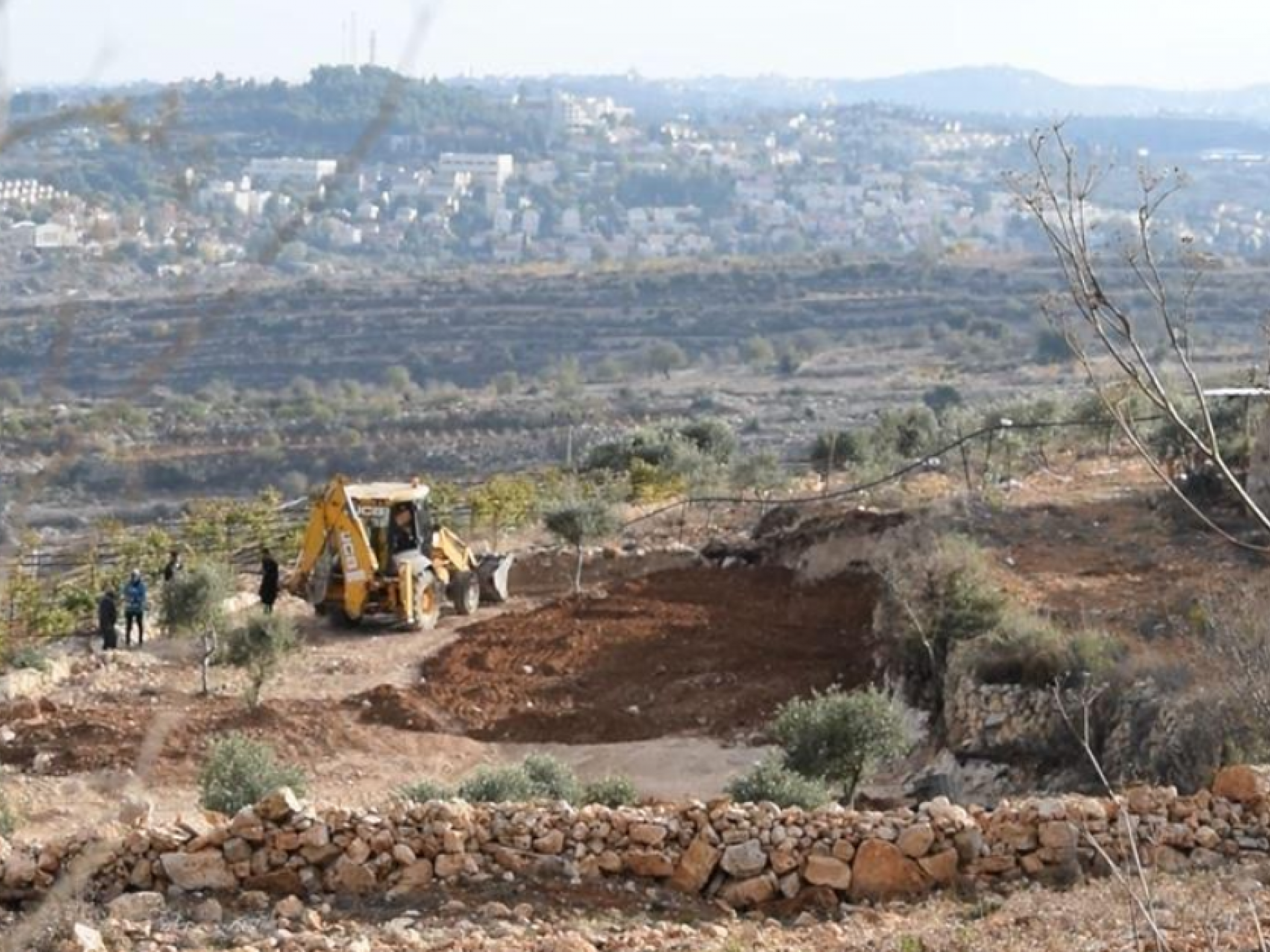 The farming area of Al Khader village, called Shoshala, is located west of road 60 between the settler-colony of Neve Daniel and its outpost Sdeh Boaz that was established in 2002. This area is privately owned and people have lived in it for generations. Some of them do have homes in Al Khader but prefer to live close to the earth, where they were born and raised. The Jewish settler-colonists, supported by the occupation’s Civil Administration and army, tend to take over more and more parts of this area in order to make the Palestinians give up and leave.

The paving of the new road 60 (during the 1990s) created a significant separation of the village from its farming lands. Access to them has become extremely difficult. Vehicular access was blocked in most places and the few accessible spots are difficult and practically impossible for vehicles without 4-wheel drive. Crossing the bustling thoroughfare that is now road 60 on foot or donkey-back is life-threatening.

In order to reach the farming area by vehicle we had to drive through the outpost of Sdeh Boaz that is located at a major crossroads on the hilltop. Although there is no gate at the entrance, Palestinians do not dare pass there. We crossed the outpost to the farm area.  A dirt barrier prevented us from proceeding by car. We crossed the barrier on foot and walked along an easy trail between vineyards. We ran into a local farmer on donkey-back. He told us that his home, which could be seen from where we stood, has stood there for the past 300 years. His grandfather had lived there under the Ottoman Empire (Turkish), and then under British and later Jordanian rule - two small stone houses now uninhabited. There were in place before he was born. He is on his way to Al Khader. He cannot use the ancient road that now crosses the Jewish outpost. He must make a long, inconvenient detour. He said they (Palestinians) used to come with their vehicles all the way to where we were now standing. The Jewish settler-colonists closed this off.  In spite of the difficulties, he must be present at the site and come often to check out the situation. The settler-colonists are eagerly waiting for an opportunity to take it over. There have been some severe incidents with the settler-colonists. A few months ago they cut the vines in a neighboring vineyard. The Palestinians summoned the Israeli army, but to no avail. Young settler-colonists entered his yard and asked him to open his waterhole so they could swim. He explained that this was his family’s drinking water. I and the family drink it. Finally they left. The army comes ‘visiting’ practically every night. He sits quietly, trying not to enter confrontations.

I wish to ask the State of Israel: why is a man removed from his own area?

We continued on a track that in hindsight we had apparently extended unnecessarily for some kilometers. Luckily we met passengers in an open van. Although they were traveling in the opposite direction, they turned back and picked us up driving the old road 60 where we had climbed on foot up the hill to the home of Sa’ed, a veteran Shoshala resident. Upon our arrival we were greeted by Sa’ed and his wife. Sa’ed himself told us again that he was born there, as were his father and grandfather. Soldiers come and harass him often, sometimes at night. He showed us a structure next to his house that they demolished in April. The cables from the satellite dish were disconnected so television could not be viewed any longer. His home door and threshold were moved so that now the lock no longer functions from inside. Why did they do this? They are interested in expelling him any way possible so that they can take over the place by force. He is determined to stay in spite of the difficulties. He has a question for the State of Israel:  Why is a man removed from his own area and others are brought there to live there in his stead??

In the lower part of the area, downhill, a shuffledozer has been active, preparing the land for planting in the traditional way. Good local earth has been moved and piled at the corner. The standstone exposed has been scattered by the equipment and then covered with the soil proper for planting. Sa’ed’s daughter, her husband and father-in-law purchased good soil and managed to recruit the shuffledozer driver to come for 3 days of work to prepare the land for planting. It is most impressive and respectable - the way these people are holding on to the earth in spite of all the hardships caused by the Jewish settler-colonists and army. We left feeling that a group of activists should be recruited to help with the farming work and especially to be with the family in its struggle against the cruel, illegal takeover by the Jewish settler-colonists and authorities.