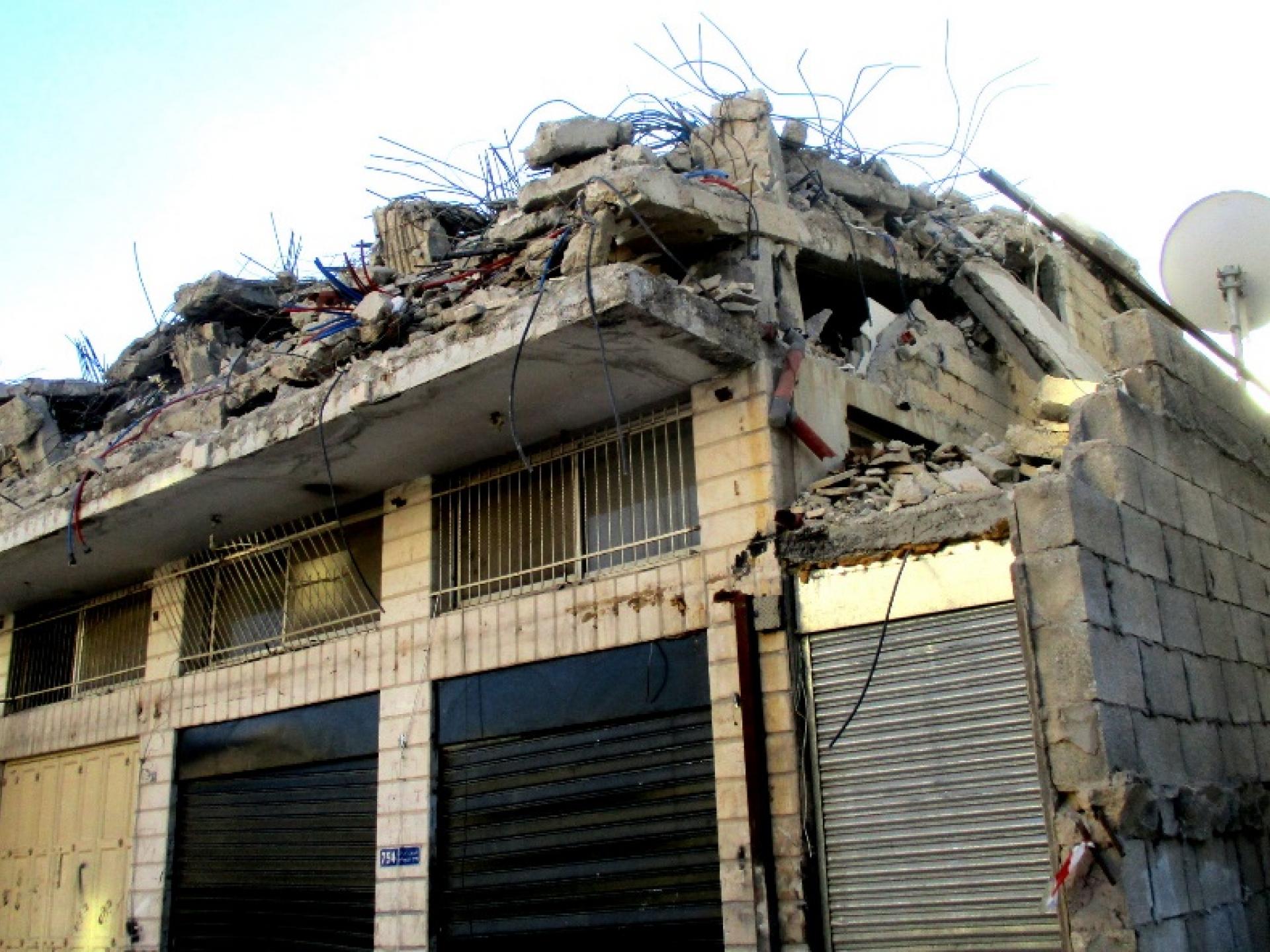 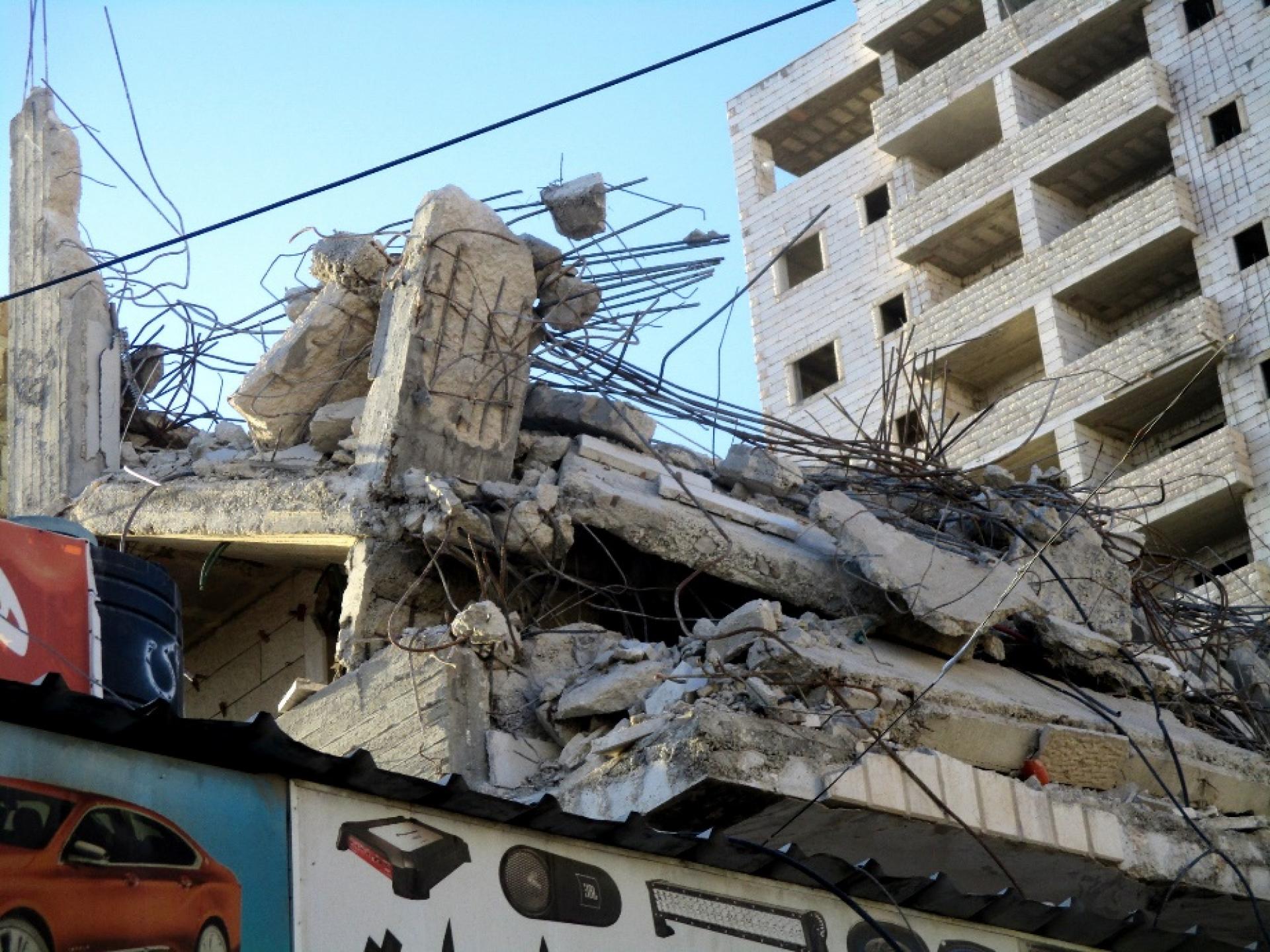 I knew Ali. I photographed him and brought him the picture – which was the last one taken of him in the 23 years of his life. It was placed in the mourning tent, after he had been murdered by Israeli soldiers of the Kfir brigade.

You ask why the home of Shahid Ali Khleife ws demolished? You come here so many years and are still asking why? An old acquaintance commented, and added: we’re sick and tired of this. 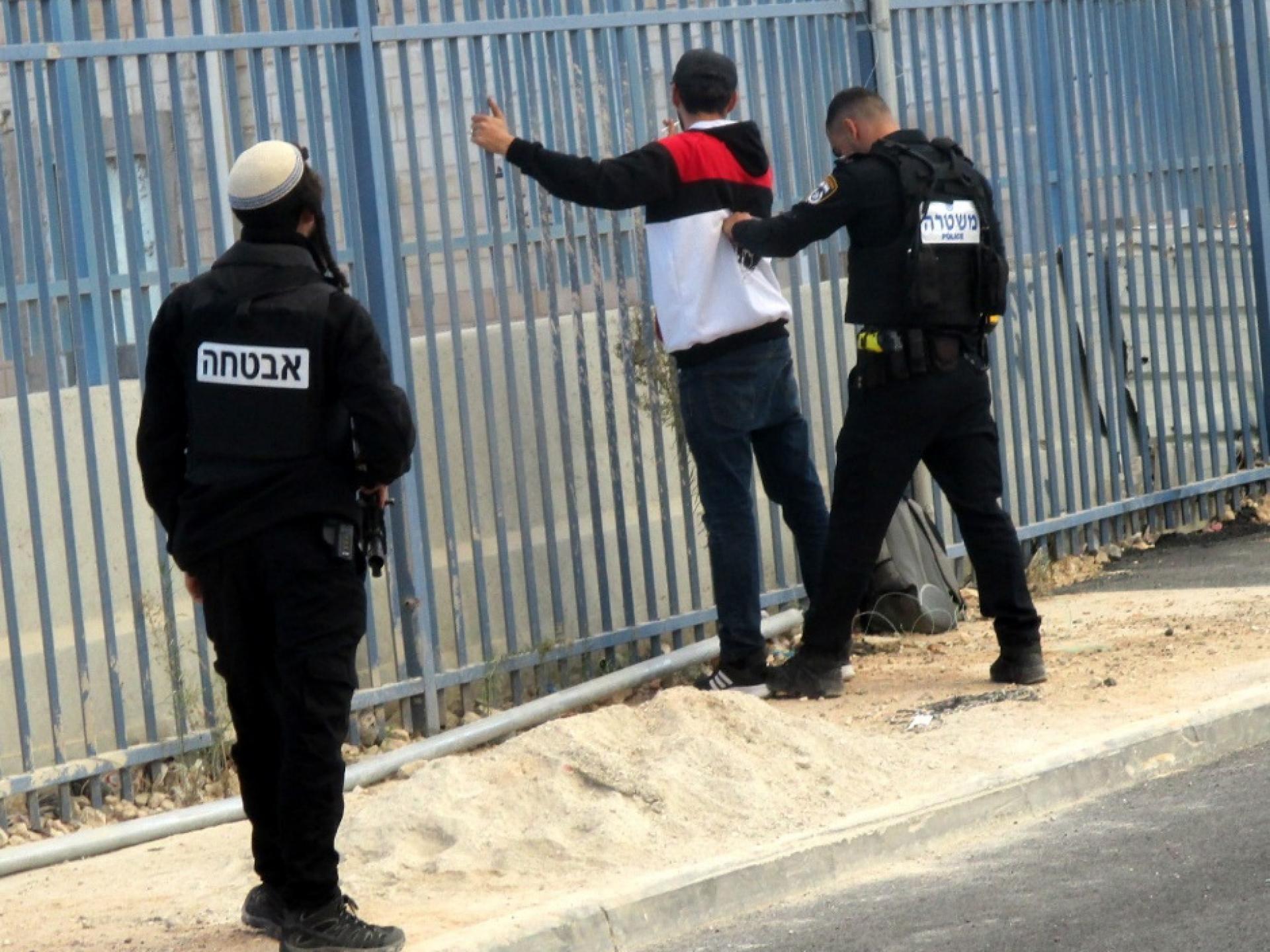 On my way from the refugee camp I saw an Israeli policeman dragging a Palestinian young man from inside the vehicle checkpoint towards the fence, push him against the metal rods, kick his legs in order to splay them, and conduct a deep search in his body and pockets, while watched over by an armed security guard.

When the body search was over, the policeman pulled his victim into one of the holds in the compound.

As I stood on the line separating the inside from the outside, the air was slashed by shouts: Get away you, scram. The shouts were accompanied by the waving of hands, as if to chase away a stray dog. I looked away and realized that the rifle barrels were pointing at me.

I wished to understand what I had seen, and in a short while I learned that:

The young man was on his way from the West Bank to his home in East Jerusalem. He didn’t have his ID with him. Perhaps he forgot, or lost it. But he did have a photo of it in his telephone. But this was not sufficient proof for the Israeli soldiers that he was he, and they chased him away.

He went back and tried to cross through the vehicle checkpoint.

The outcome was what I had seen.

Later I found out that in the hold, after questioning and checking and investigating – they let him go on to Jerusalem.

If the young man were to ask me, and he didn’t, I would recommend that he recite the Muslim version of “thank Goodness…”

“The Thank Goodness citation praises God for saving the person who says it, who had been in a life-threatening situation”.