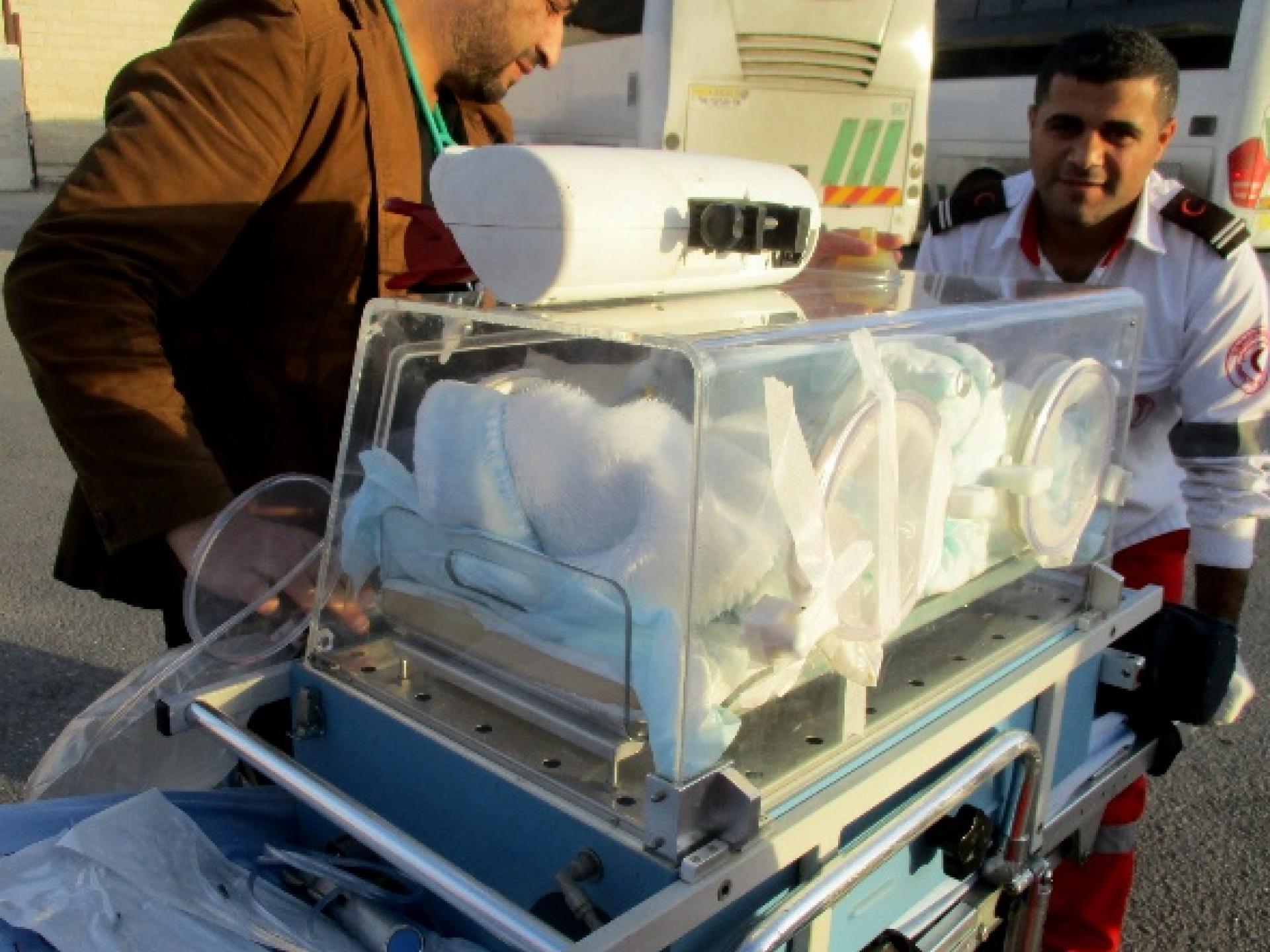 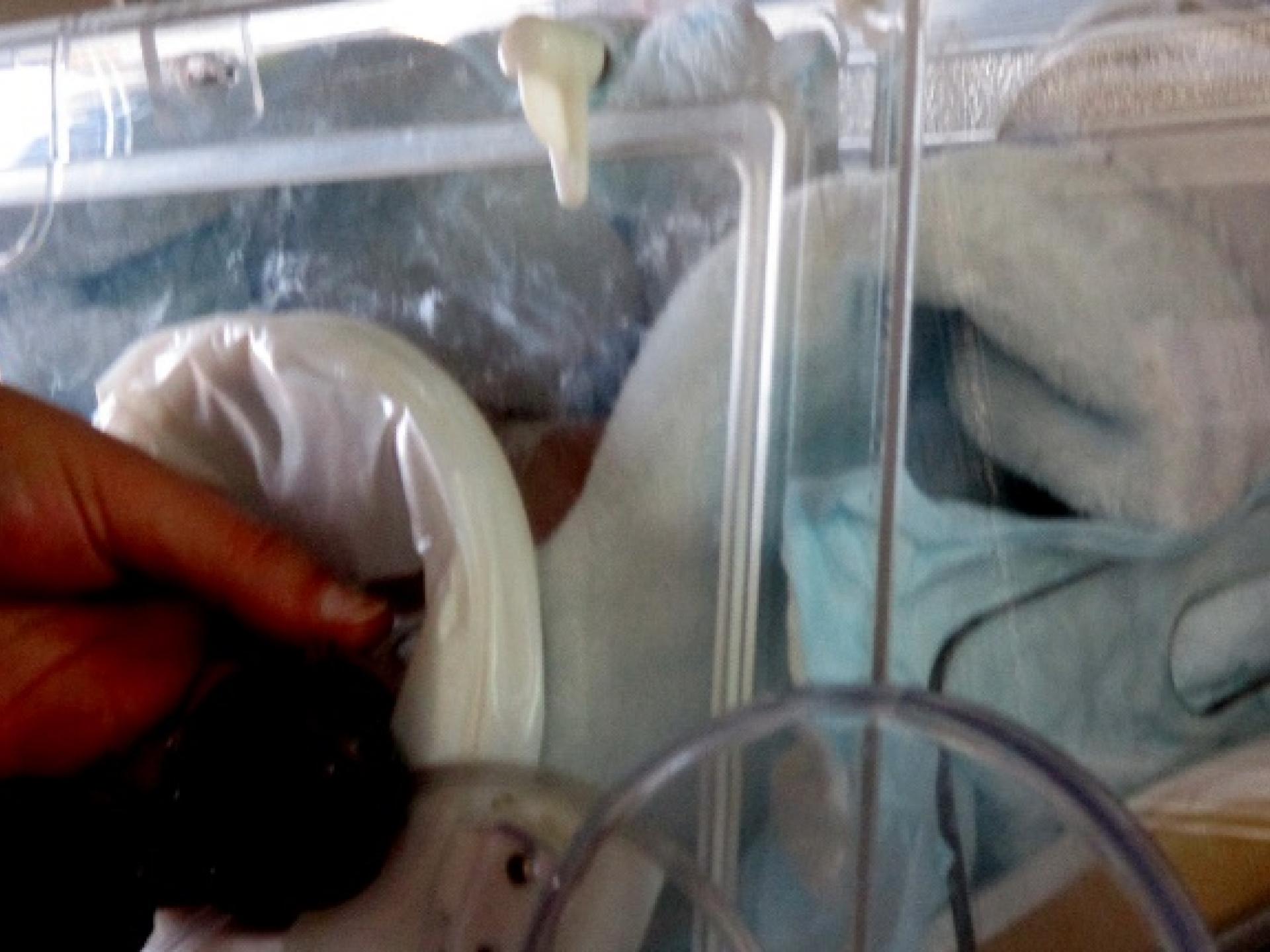 who has not yet taken his first breath.

This other, whose presence has reduced everything that has ever been and experienced in this place is a baby born in Nablus four days ago with a hole in its heart, and sent for surgery at Maqassed Hospital in East Jerusalem.

The baby arrived with a doctor and nurse who operated a respiratory apparatus in the plastic box, a transparent intensive care unit, and were busy keeping him alive. Only the tip of his ear was visible through the white blanket in which his mother wrapped him before she took leave of the fruit of her womb. The mother has yet to recover from her delivery remained hospitalized under doctor’s orders. The mother’s mother accompanied the infant.

All this is conducted according to instructions, by protocol, all by order of the Israeli occupation that entry into East Jerusalem, a part of the greater-Jerusalem, is forbidden for an ambulance from the Occupied Territories.

Thus, in a back-to-back procedure, the baby was removed from the ambulance from the Occupied Territories and transmitted to the Red Crescent ambulance from East Jerusalem. Documents inspected, the security guards verified that the baby is really that baby, that the accompanying woman is really his grandmother, that the doctor and nurse are really the doctor and nurse, and only then – when everything was kosher and Israeli state security was under no apparent threat, was the Red Crescent Jerusalemite ambulance allowed to proceed.

Even the fact that Tony who brought the baby in his ambulance is known for his many years of experience in life-rescuing – was not considered. Strictly back-to-back procedure.

At a distance of not more than twenty yards from the Nablus baby described above, at the same time and place, a baby from the Gaza Strip was brought in a light-weight carrier, having been released that very morning from a Ramallah hospital after eye surgery.

His eye still bandaged, his body dazed with sedatives, the infant lay quietly and dozed.

Both are not considered humanitarian cases entitled to priorities over the regular procedures.

The Gazan baby, like others from the Gaza Strip released that same morning from hospitals in the West Bank, remained inside the checkpoint compound until he and they were finally allowed to exit into the other side and board the patient transport vehicle which is exclusively authorized to carry them to the Gaza Strip. 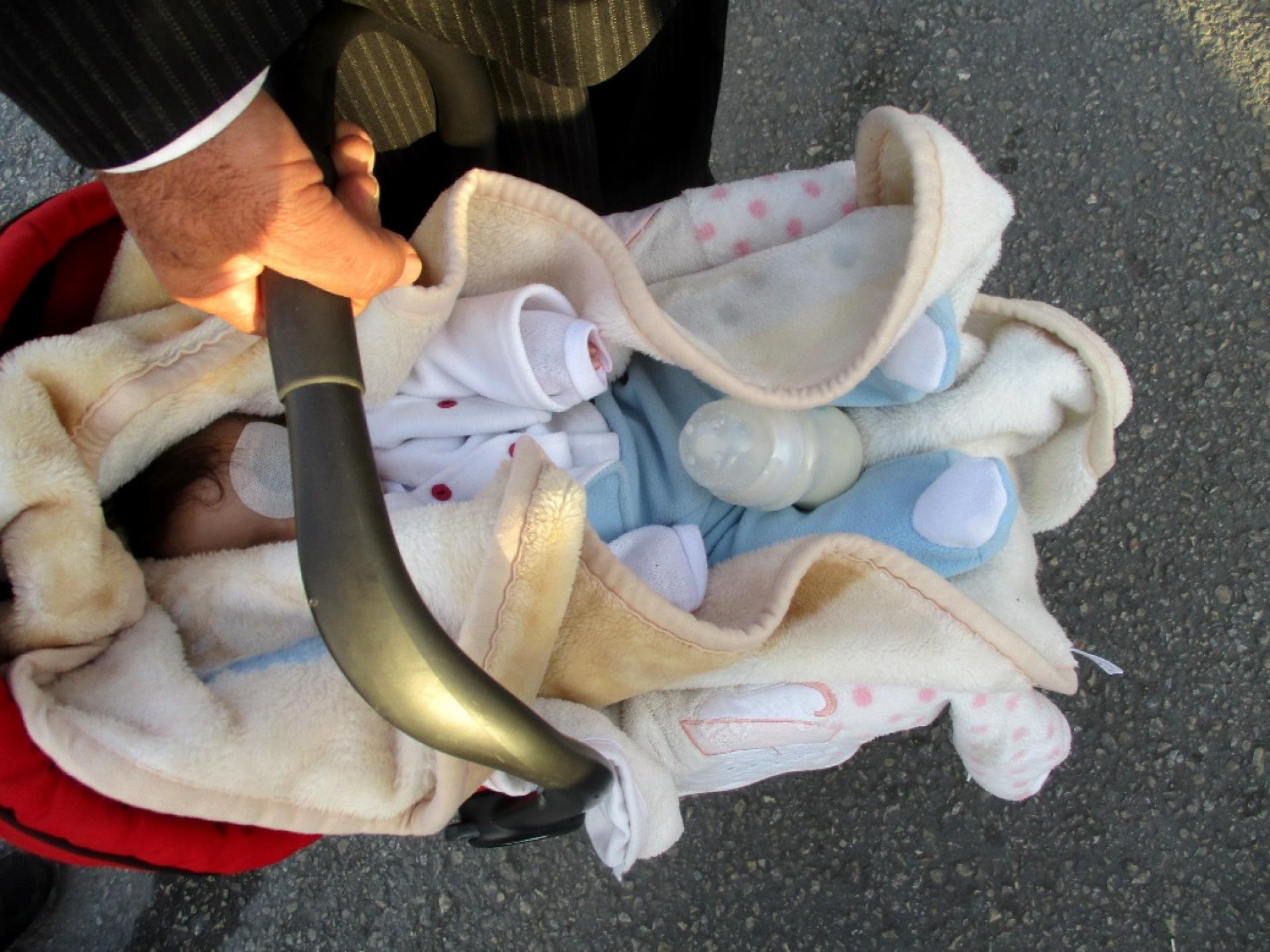 A baby from the Gaza Strip having been released from a Ramallah hospital after eye surgery
Photo:
Tamar Fleishman

When it appeared that the torment cup had run over for that time, suddenly the air was sliced again with ambulance sirens. Once more a man sent to East Jerusalem for surgery, once more – the destination was Maqassed Hospital in East Jerusalem,and obviously – in back-to-back procedure. 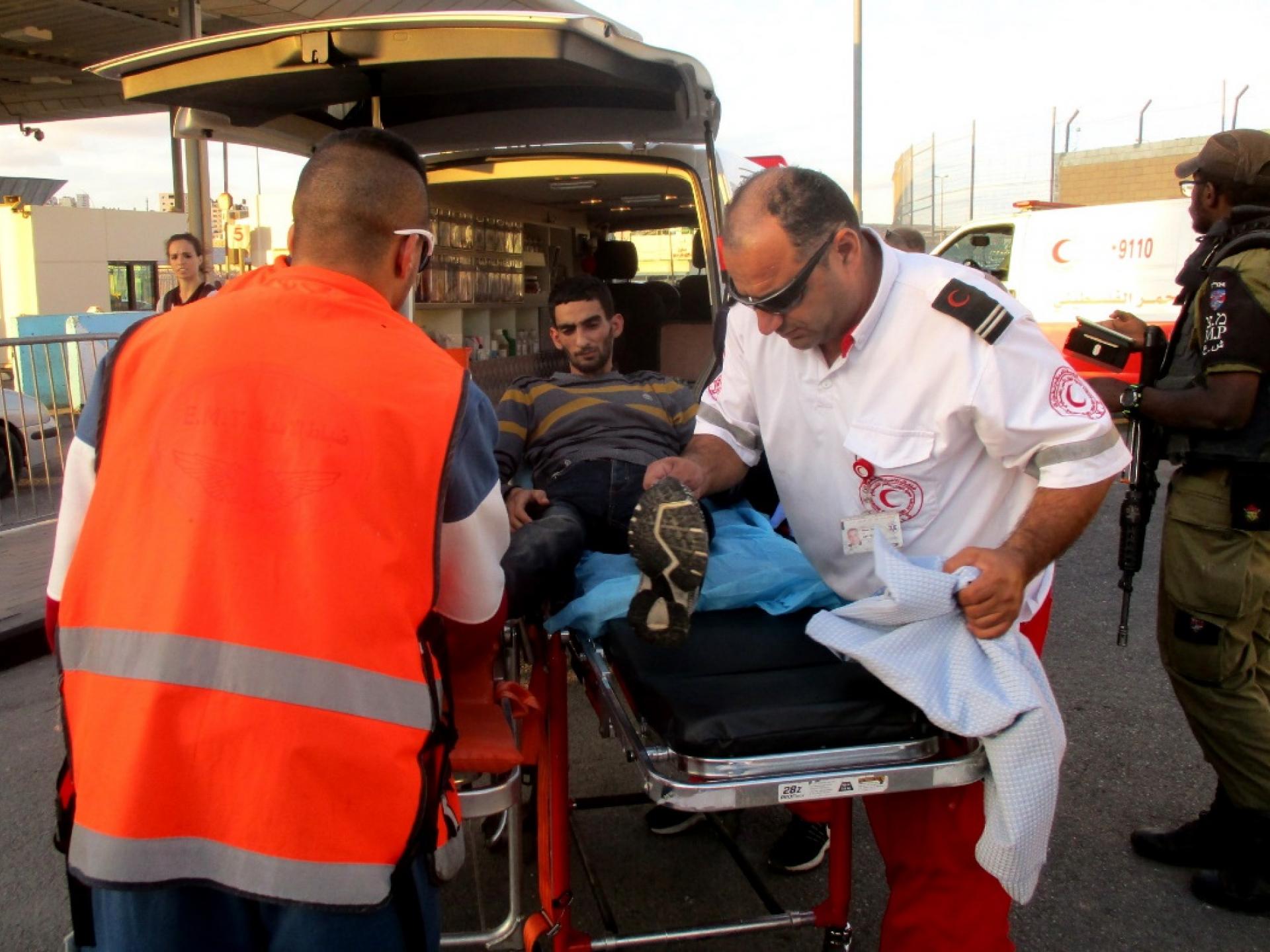