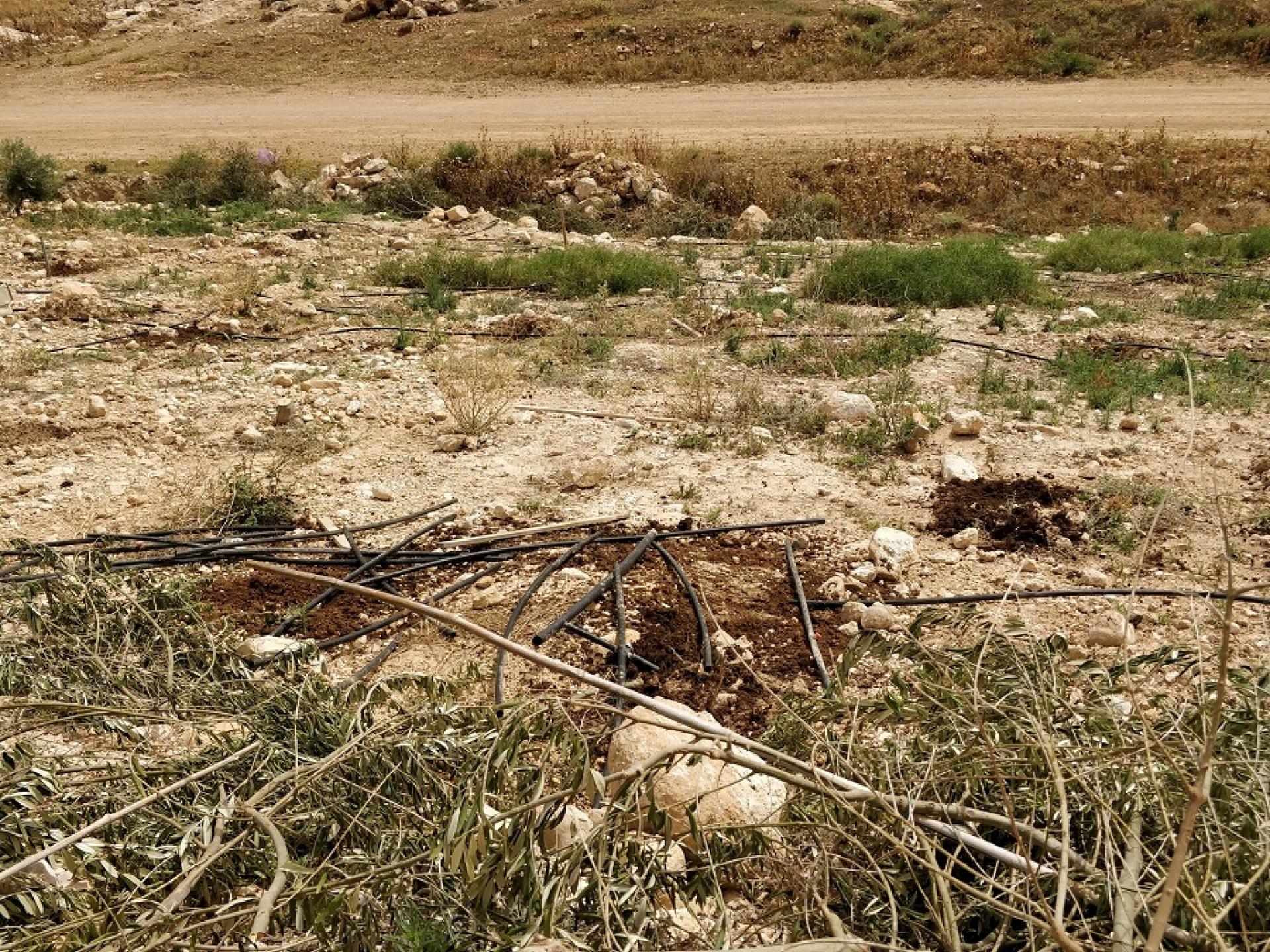 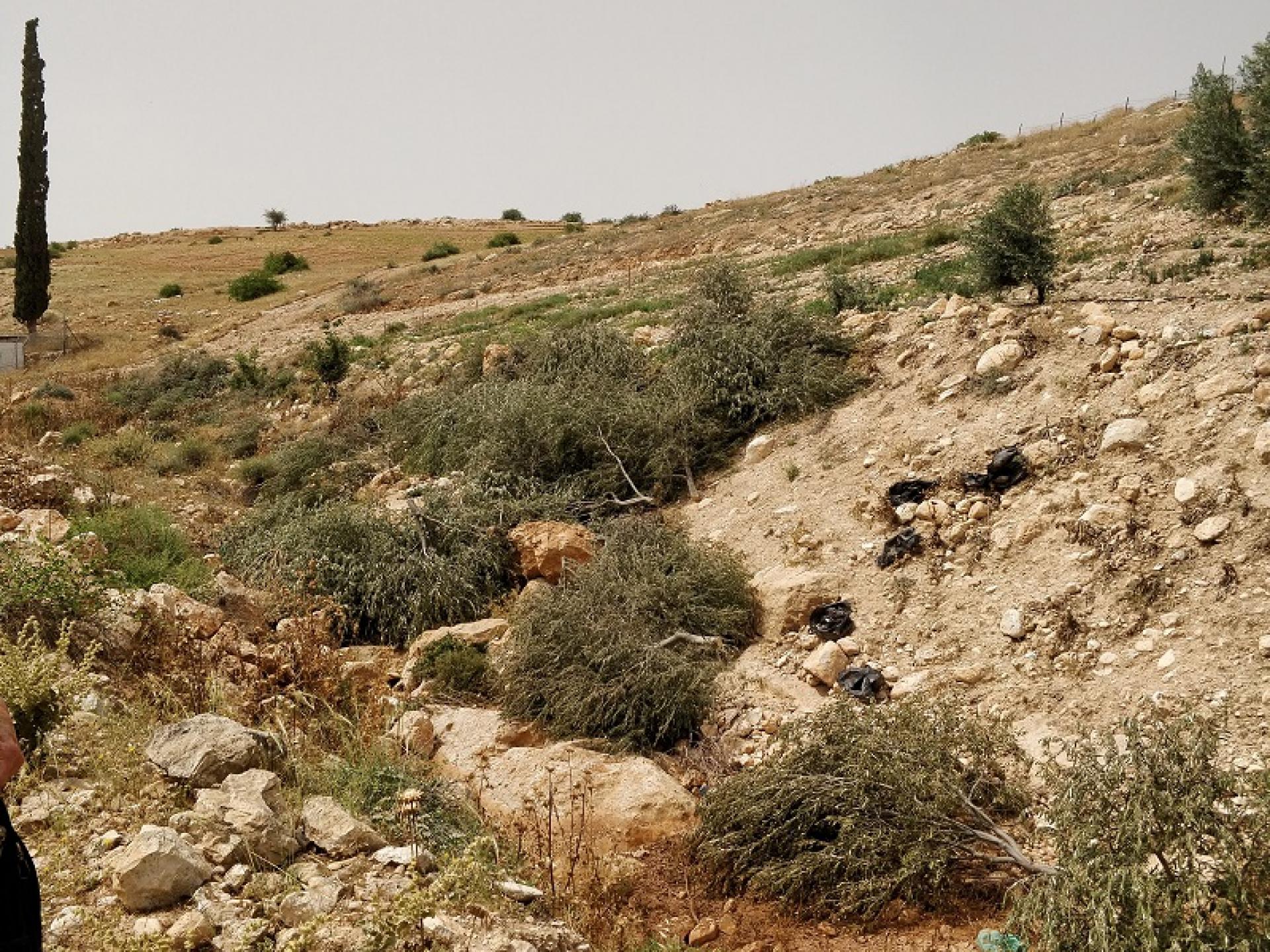 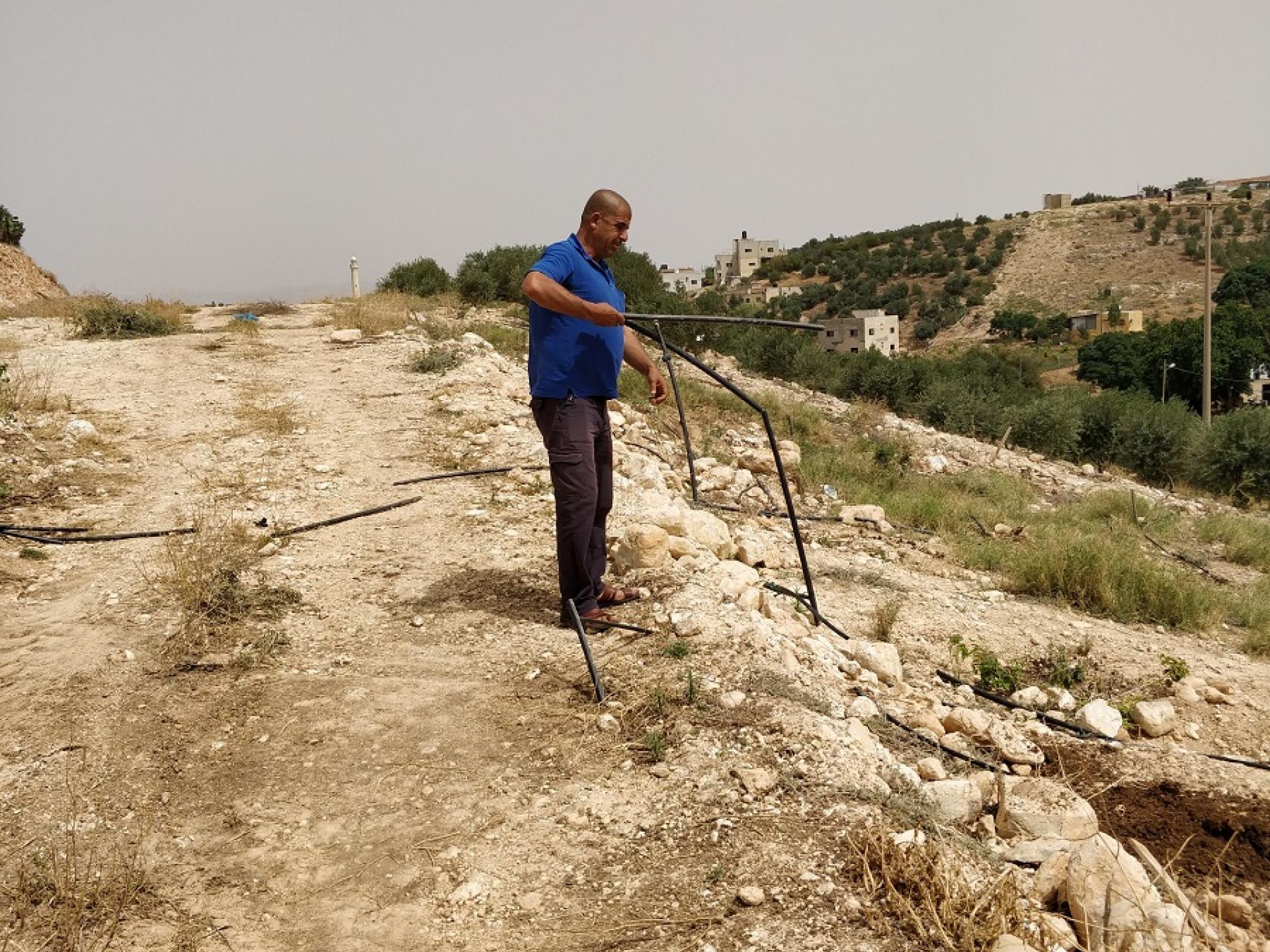 The soldiers who performed this horrendous deed in Bardala, six days after Israeli Independence Day celebrations, very likely wiped a hidden tear of inner joy as they celebrated. This did not keep them from uprooting 320 young olive trees (3-7 years old) on April 24, 2018, and then return and cut down another 100. The life work of Hasin S. from Bardala was destroyed for sheer cruelty’s sake. Not by crazy settler-colonists – rather by dozens of “our very best”, Israeli soldiers - none of whom rose to protest this heinous crime.

Hundreds of young trees were piled on the arid ground. Many of the roots remained in the soil but will never grow again because the vandals sprayed the stumps and the roots with poison that will keep from sprouting new life. As if this was not enough, they also cut irrigation pipes – every meter and a half, an thorough incision…

The owner of the olive grove claims there had been no edict to cut them. The soldiers simply came and destroyed the toil of years. When he asked, why?? Their commander replied: “We don’t mind your growing anything you like, but not olives!!”

Mahyoub – we had promised to come visiting. Charming Mahyoub and his wife threw me a thrilling “back to life” party (after my prolonged absence for health reasons), and we raised Coke drinks “to life!” The shy daughters clung to their mother and for the first time I really felt healthy.

Riad Salamin – last night he called me at half past midnight. I saw this only in the morning and then we decided, in spite of the late hour, to go and see what had happened. The gate leading to the water pumps is open and whoever crosses it passes by the garbage dump of Roi settler-colony.  The settler-colonists’ fields are bright green, attesting to the generous irrigation they enjoy. Riad receives us and leads us to his guests’ tent, where his parents are seated with two of his young children. He tells us that yesterday, in the late afternoon, dozens of army jeeps arrived and soldiers parked next to the water pumps. At 10:30 p.m. they began practicing armed clashes while shooting and driving very  fast right next to the tent opening. “Of all places in the world, they found no other site to practice but next to my children?” The kids woke up in fright and clung to their parents. Riad called the Civil Administration to complain, but his plea was disregarded.  The shooting and rampages lasted almost until the morning. His children go to school at En Al Shibli, about 30 kilometers from there, and he drives them every day. The shortcut to Atuf, 5 kilometers from his home, is blocked by the Gokhia “gate” and the children cannot use it.  Riad has 5 children, one seriously disabled and another suffering from Down’s Syndrome. They should be visited from  time to time.

At Hamra Checkpoint there were no soldiers on our way there  (12:30) nor on our way back (18:30). They must have found shelter from the heavy heatwave inside the pillbox watchtower.

We also visited Mahdi ‘s father, who found 6 live mortar shells this morning near the encampment of Al Farisiya. 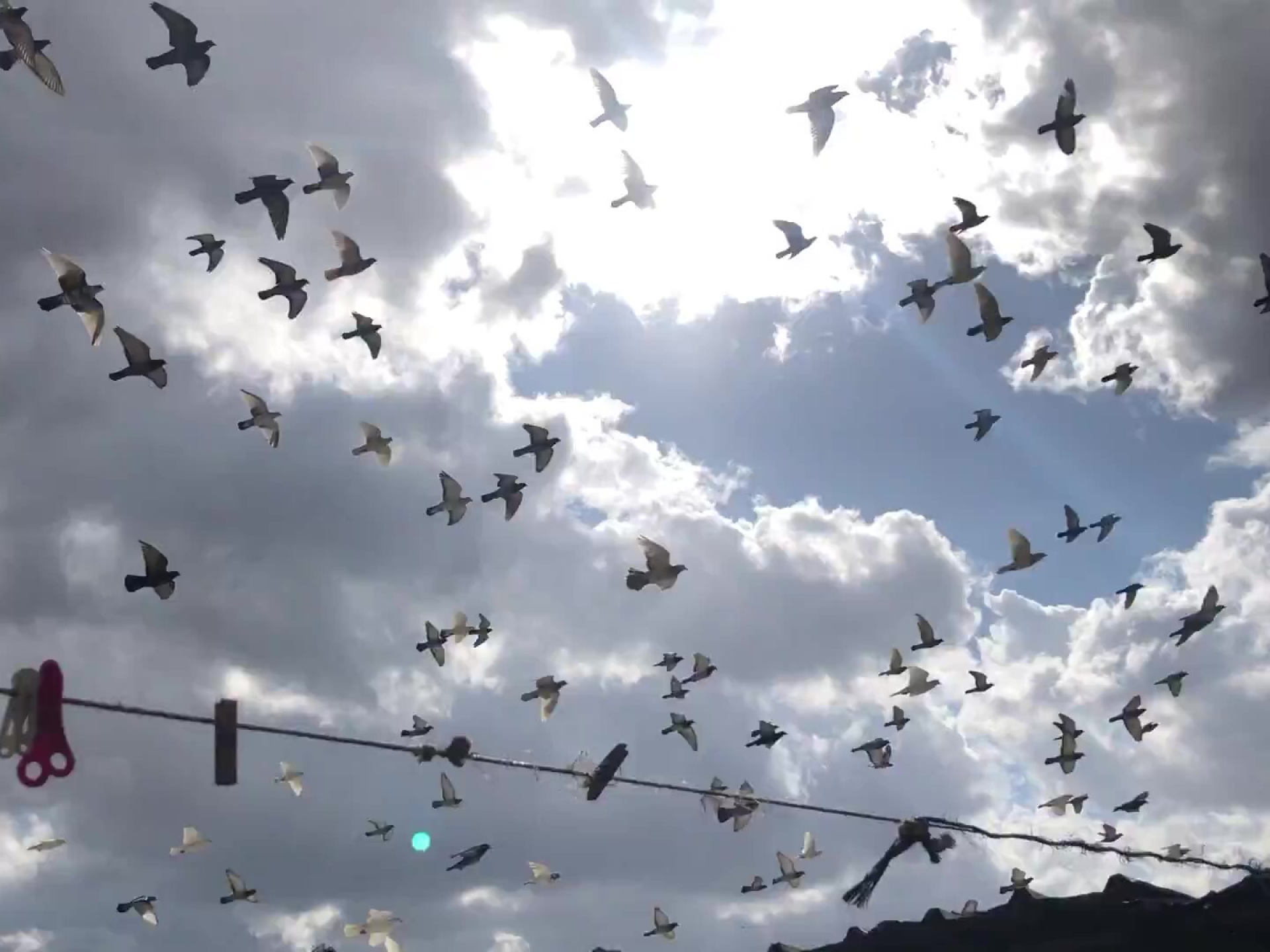 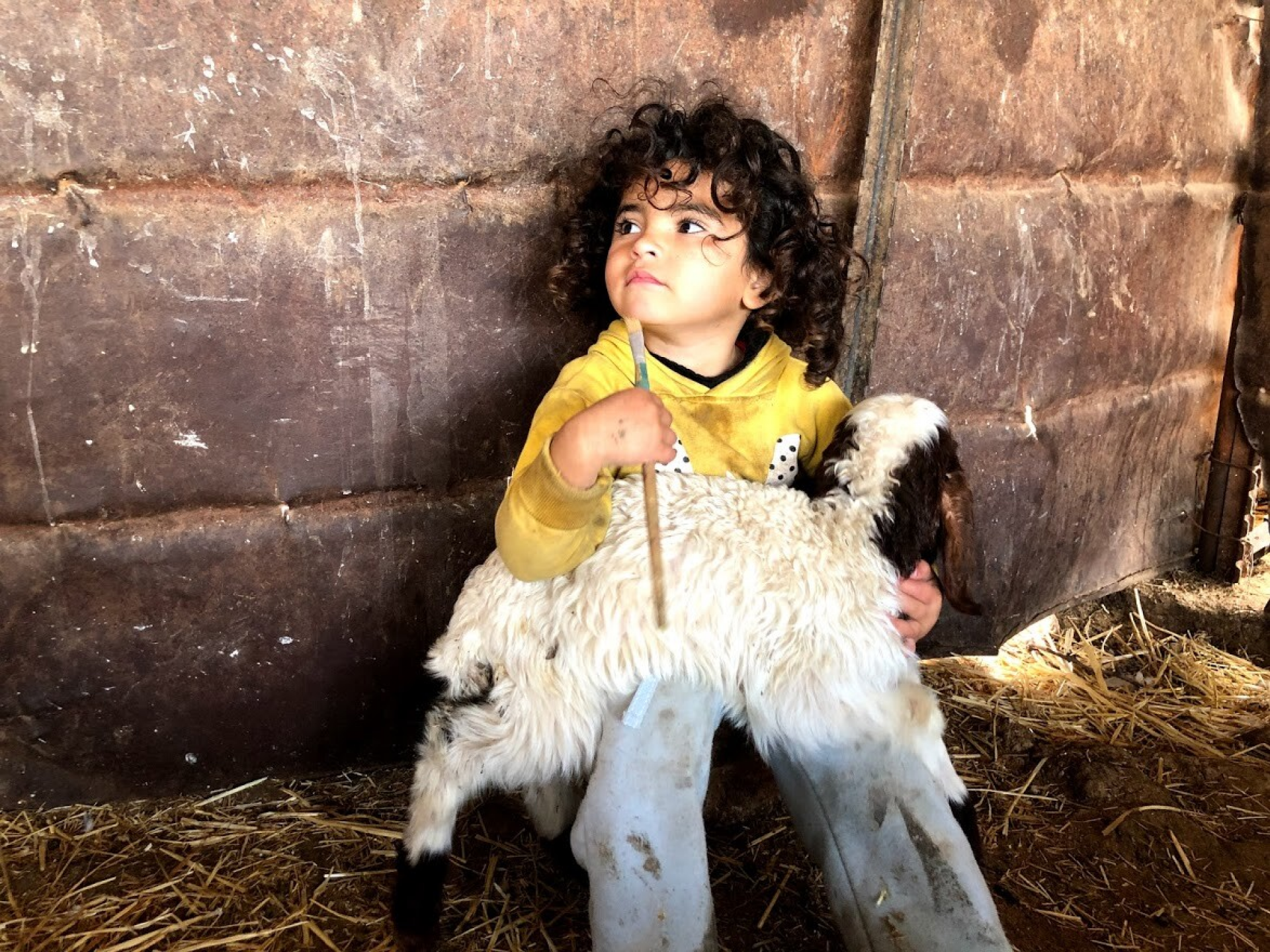 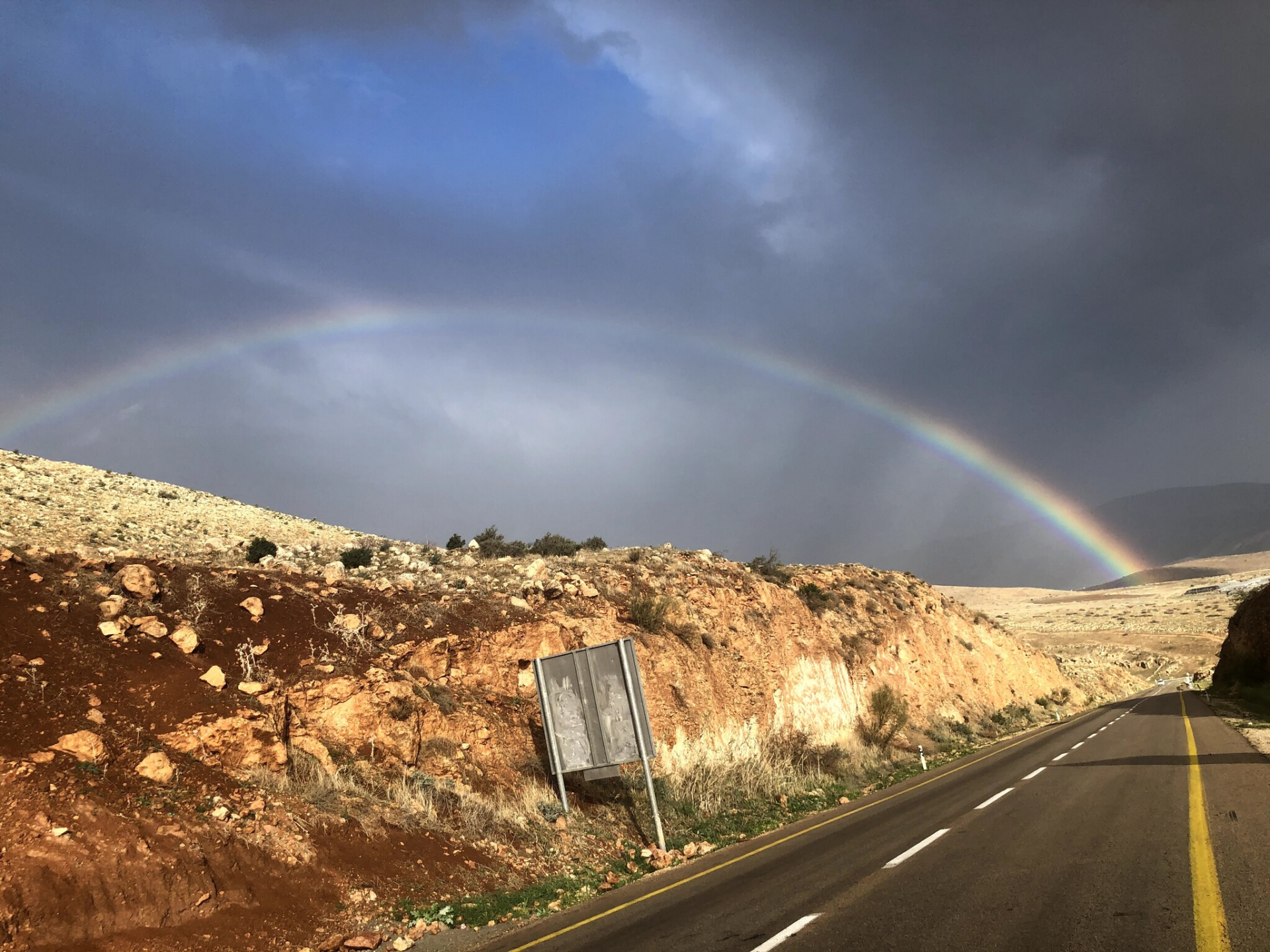 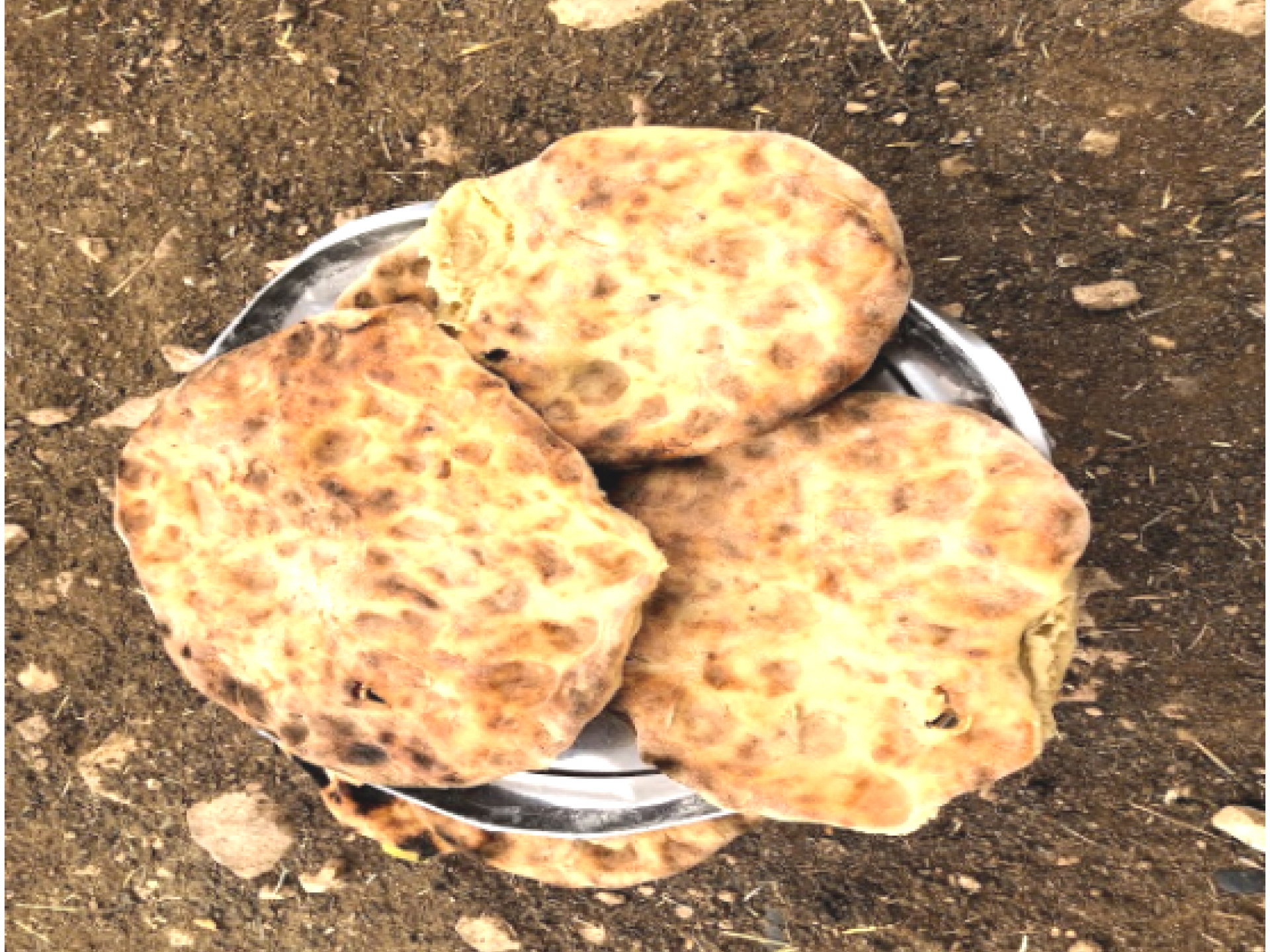