Dotan Valley: Anemones in all colors | Machsomwatch
Skip to main content
Back to reports search page

Dotan Valley: Anemones in all colors 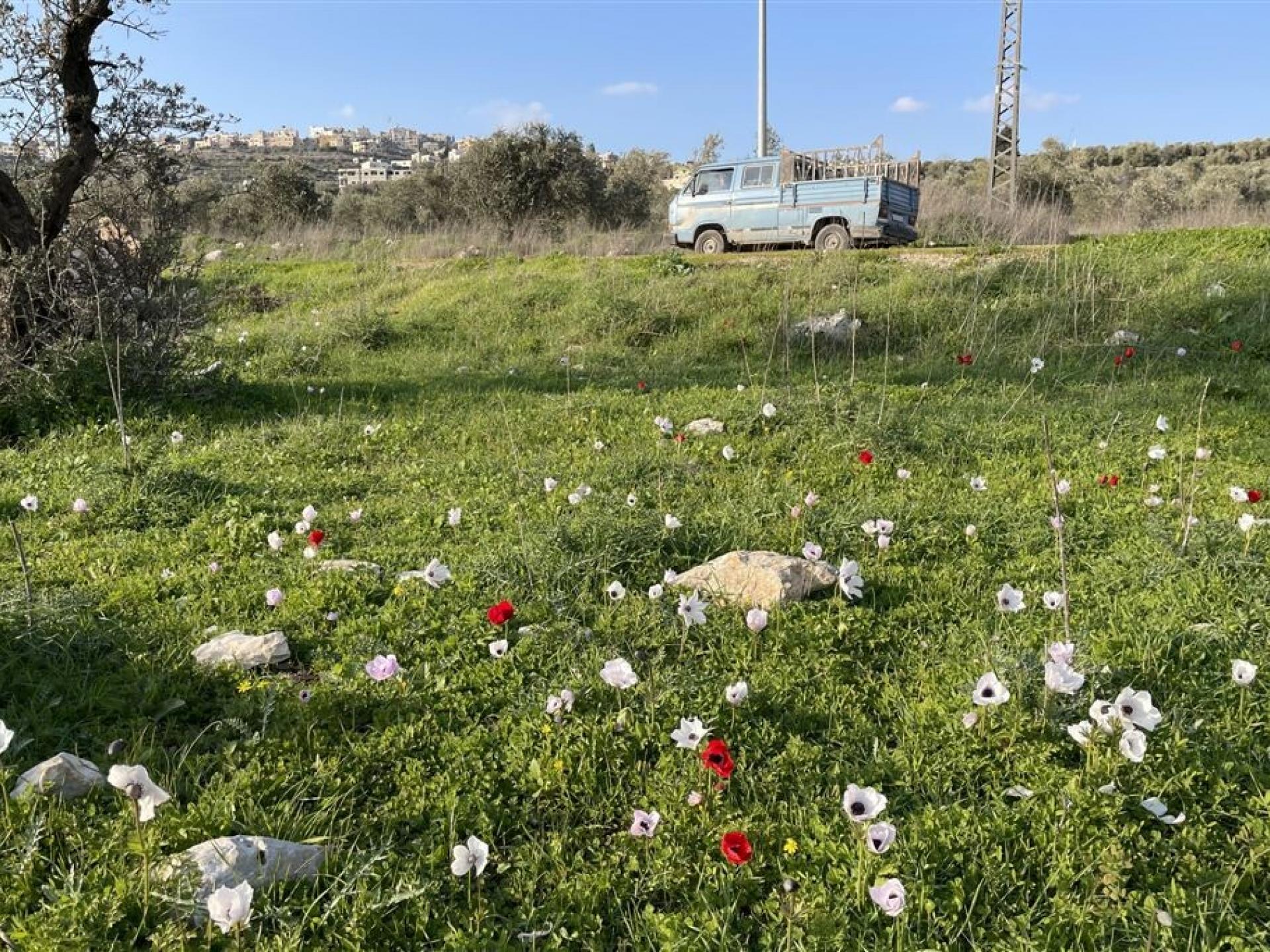 Anemones in all colors in the Dotan Valley 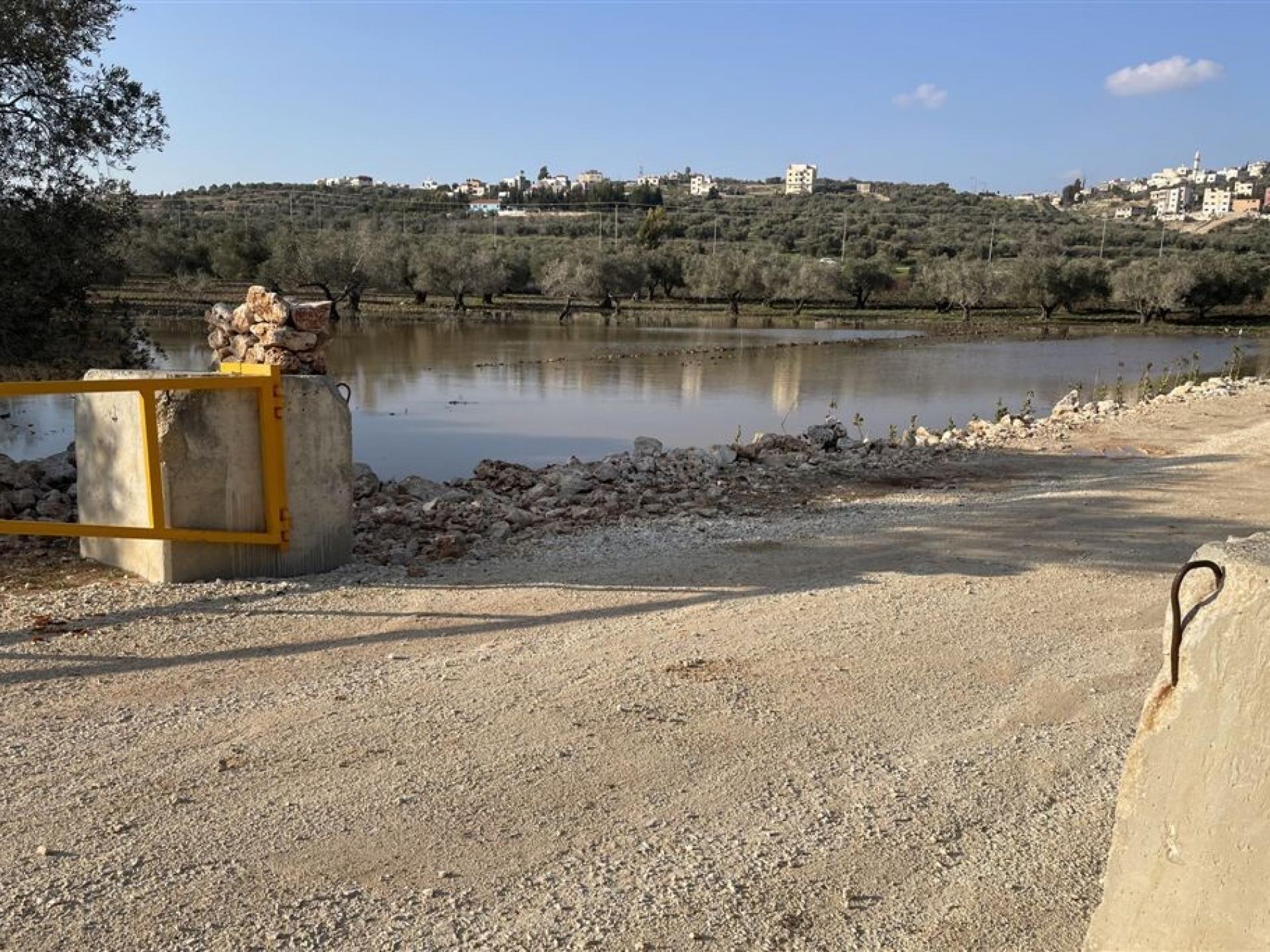 The gate on the way to Maoz Zvi

We had planned to arrive at the Barta’a-Reihan Checkpoint at 06:30, but at the eastern exit of Harish, there was a police blockade because of a serious accident.  At the end of our shift, we saw the badly damaged car.  Buses and worker transport vehicles turned around. We also returned to Wadi Ara via Harish and arrived at Tura Checkpoint via Katzir and Umm Reihan.

At 07:10, Tura-Shaked Checkpoint was lively with car traffic and pedestrians.  Female students with textbooks open in their hands, arrived by foot from Daher al Malec, the nearby Palestinian village.  A resident of the village turned to us and asked us to wait 10 minutes for his brother, who accompanies his daughter to school in Tura every day. He complained that the soldiers often delay him an hour or more when he returns to the checkpoint, and he doesn’t know why.  We did not wait but gave him a phone number to call.

At 07:50, we passed Barta’a-Reihan Checkpoint.  Few workers came up the sleeve

(the long, enclosed passage to the terminal for pedestrians) to cross to transport vehicles in the northern parking lot.  The parking lots were almost all filled.  We continued southward.

Along the road that leads to Jenin, between the checkpoints of Barta’a and Ya’bed, there are five guard towers (pillboxes), including the one at Ya’bed Checkpoint.  Only that one is staffed.  This morning we saw an army vehicle parked at different intersections, as we did on the way to Maoz Zvi.  A car with settlers came down a steep slope.  The gate was wide open.  It appears that they have given up on opening and closing the gate every time someone comes to pass through it.

At Ya’bed-Dotan Checkpoint, the traffic flowed while zig-zagging between cement blocks and speed bumps.  Dotan Valley and Wadi Ya’bed, according to their residents, is already plowed and cultivated.  There is one parcel of land that is not cultivated, and it is filled with blossoming anemones of all colors.

At 08:20, we returned to Barta’a-Reihan Checkpoint. On the way to the vehicle inspection, only two cars were waiting and the parking lot for commercial vehicles was not full.  Few workers went up the sleeve (the enclosed path to and from the terminal). For the first time, we decided to take a quick look at the army base that is just above the checkpoint.  We arrived at a large, empty lot.  On the right of the camp male and female soldiers warmed themselves in the pleasant morning sun.  Inside, among the many signs that were there, was a prominent one that said “Family.” Two of the soldiers approached us.  We learned that the color of the berets they wore, which were dark blue, meant they belonged to the military police.

We traveled in the direction of Barta’a.  We saw that there was business next to the breach, as usual.  We counted eight transport vehicles waiting there for workers.  It appears that the road to Harish is open in the meantime.  On the rise to Harish, a policeman stood and directed the traffic next to the site of the accident.