The southern part of the checkpoint (the Jerusalem "side") is full of cars and there is a big traffic jam that does not ease throughout our shift.  As the work-week in Israel ends because of the holiday, Palestinians working in Jerusalem go back to West Bank cities.  We hear the soldier inside the pillbox at the northern end of the checkpoint shouting and when we pay closer attention we hear he is communicating with his friend Yoni through the loudspeaker for all to hear.

At the pedestrian line, going home to Jerusalem, we see many young boys and girls coming back from school.  There is a long line at the first cages and then another long line inside the checkpoint before the checking stations.

At the northern roundabout we see many empty minibuses waiting to cross the checkpoint from north to south in order to pick up their passengers that had to go down and must continue their ride to Jerusalem from the other side of the pedestrian checkpoint.  We then see clearly the soldier at the pillbox whom we had heard before, and now he is shouting through the loudspeaker to other soldiers.

The soldier at the booth shouts to the cars to go (that means advance towards the car checking lanes) but the soldier inside the pillbox shouts contradictory orders confusing the car drivers. This is probably what the soldier in the pillbox considers "fun".

Back at the pedestrian lane the soldiers keep people up to 10 minutes inside the cages before allowing them to advance to the checking station.  These cages are closed from the sides and above and the feeling of claustrophobia is great, for anyone.

A man approaches us requesting our help: his sister needs a permit to go to hospital but the DCO is closed although, as far as we know, the army spokesman has declared that "All health problems will be solved at the premises".  So much for declarations.

Inside the checking booth a young girl is being scolded and harassed by the female soldier. Her father and mother have already crossed and she stayed behind and her birth certificate is till not returned to her by the soldier, who shouts to her and asks in Hebrew for something, even we do not understand what she wants.  The girl says in Arabic that she doesn't speak Hebrew. The soldier shouts to her again: "Speak Hebrew, this is Israel" and the girl starts to cry, while her desperate father stands at the other side of the metal bars and asks to be able to get in and help his daughter.  After the soldier has brought tears to the girl, she is satisfied and lets her go and join her family.

An American woman married to a Palestinian who lives in Jerusalem and works in Ramallah tells us her 3 small children are waiting for her outside the school and she is already 1/2 hour waiting at the checkpoint.  There is no reason for the checking of Jerusalemites and foreigners to take 1/2 hour, except that the soldiers are particularly taking their time to harass Palestinians on this Passover Eve.

A veiled woman approaches the checking station and is given a lot of trouble, even after she uncovers her face.  When we leave, the soldier inside the pillbox is still shouting to the car drivers competing orders to those of the soldier in the booth by the roundabout. 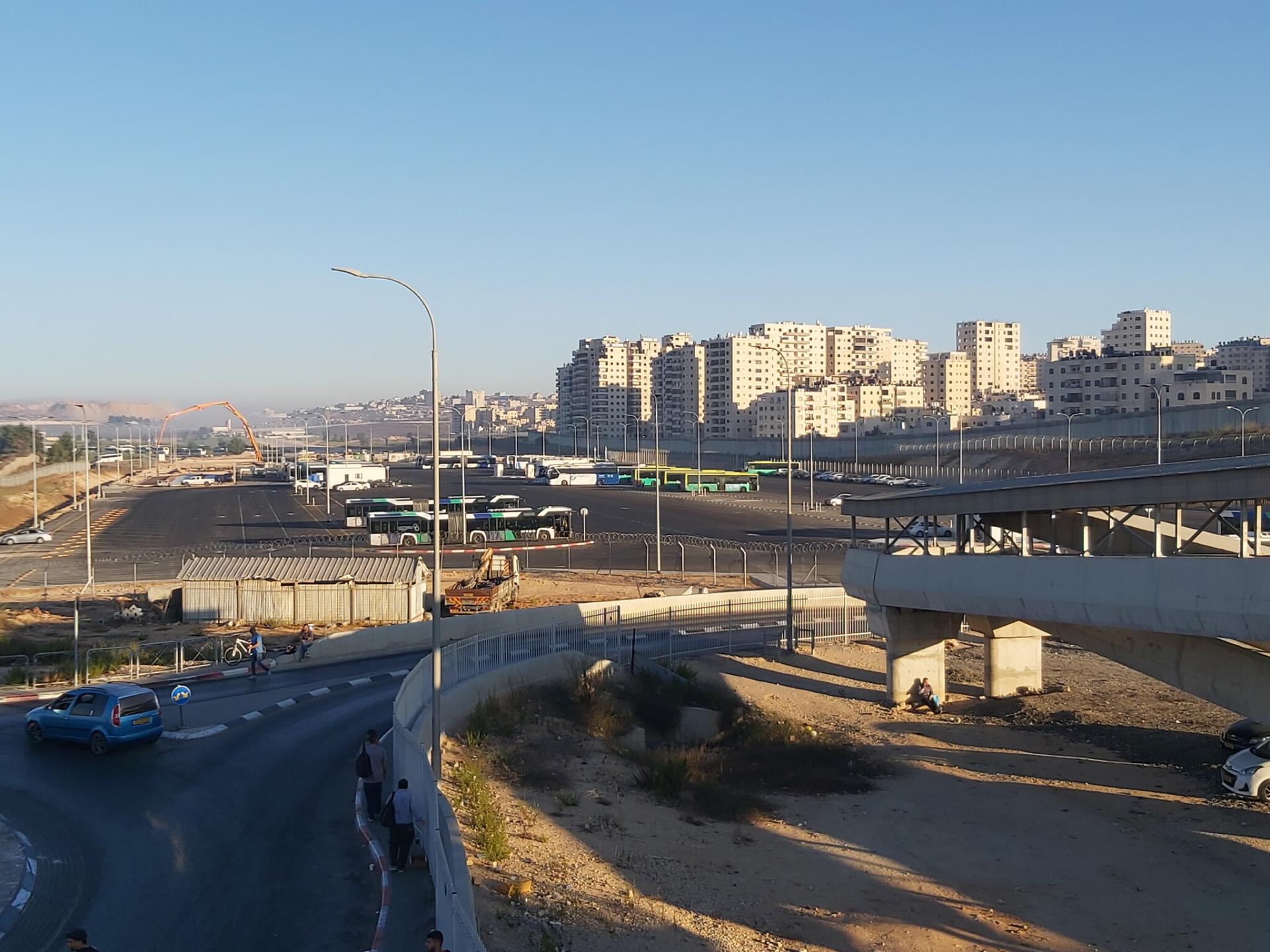