Qalandiya Checkpoint is the main checkpoint for anyone from Ramallah and the entire northern West Bank wishing to enter Jerusalem. It is located in the Separation Wall, between Palestinian neighborhoods and far from the ‘green line’. We were there when it was first erected in 2001 as a temporary army post, windswept and exposed to the rain, for inspecting Palestinians passing into Jerusalem where most of their everyday business lay. We continue to monitor it since then, but nowadays the checkpoint is called ‘Atarot Crossing’, equipped with devices for quick electronic identification and numerous checking posts. What has actually changed?

In the late 1960s I immigrated to Israel from South Africa

I grew up with apartheid as a fact of life and was not politically active, neither there nor in Israel. Then, nearly 20 years ago, I first went on a tour with the MachsomWatch women. It was a cold, rainy day when we arrived at Qalandiya Checkpoint. I was in total shock. The place looked horrific, garbage everywhere, people hurrying about, trying to make their way in the incredible crowding and mud towards the two small military checking posts… (Natanya G., MachsomWatch member)

In the early 2000s, young soldiers stood at the improvised, exposed checkpoint, sometimes quite lost, and decided Palestinians’ fate: who would arrive at their work place today, at a clinic, go on a family visit, and who would not. People would crowd at the checkpoint, there were cases of violence, pregnant women were detained. There were heart-rending sights and mainly the feeling that cattle were being urged on through a narrow passage… When the Separation Wall was completed in 2005, 20,000 permanent residents of Jerusalem were abandoned behind it. They too continued to stand at the checkpoint for hours every morning.

In the early 2000s,   young soldiers stood at the improvised, exposed checkpoint, sometimes quite lost, and decided Palestinians’ fate: who would arrive at their work place today, at a clinic, go on a family visit, and who would not. People would crowd at the checkpoint, there were cases of violence, pregnant women were detained. There were heart-rending sights and mainly the feeling that cattle were being urged on through a narrow passage… When the Separation Wall was completed in 2005, 20,000 permanent residents of Jerusalem were abandoned behind it. They too continued to stand at the checkpoint for hours every morning. 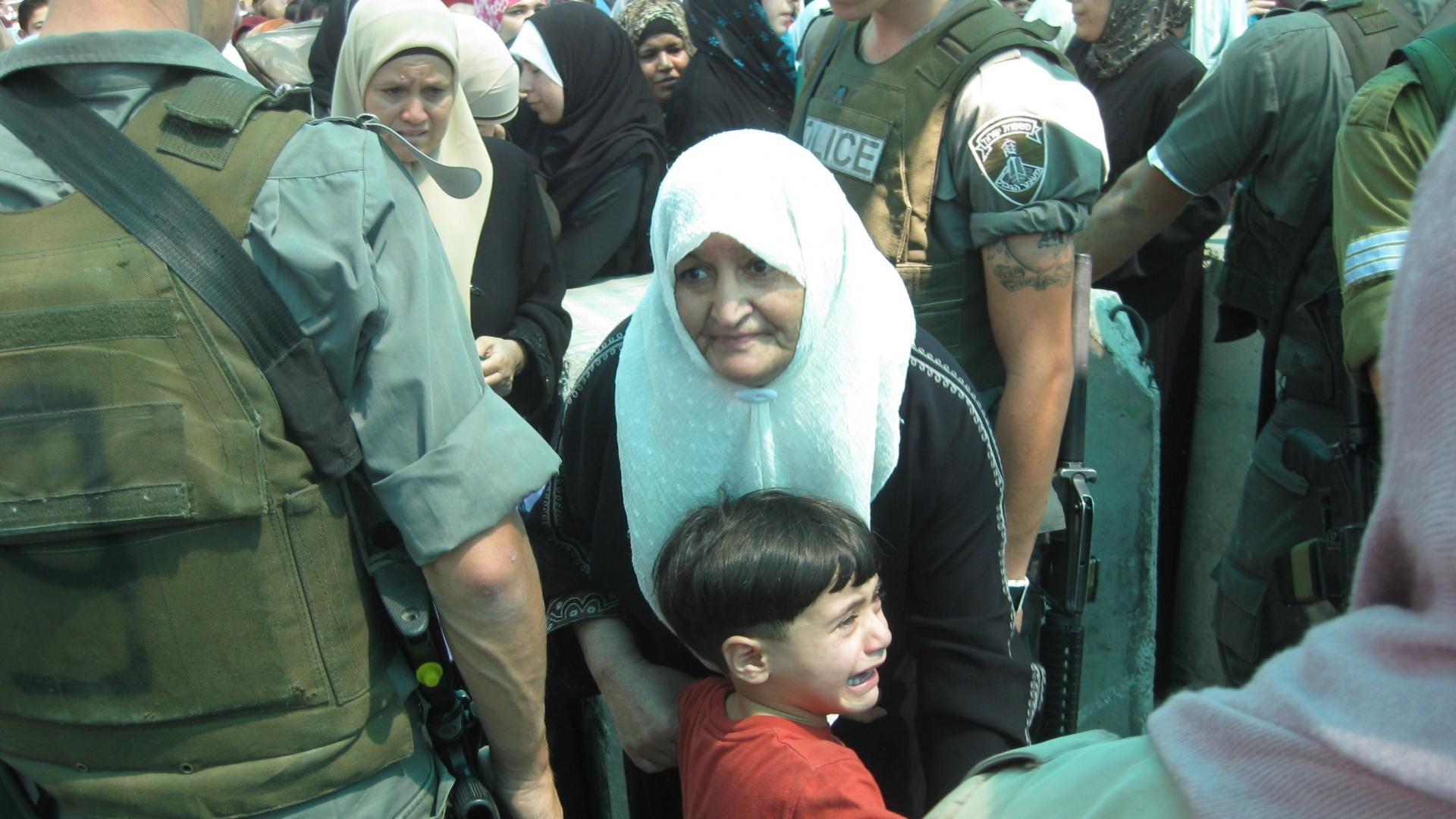 Qalandiya 2010 is not easy to cross at the checkpoint
Photo:
Tamat Flaishman

The years passed, structures were added to each other, turnstiles were installed with especially short metal ‘arms’ and ‘corrals’ in which the crowd was crushed, fenced in by barbed wire from floor to rooftop. Crowding was great and waiting in line lasted for hours. Men, women, and children were crushed and wounded. Young men climbed the fences above the heads of those waiting in line in order to bypass them, and whoever finally arrived at the soldiers’ checking posts was prevented from any kind of human contact with the soldiers by a secured glass pane.
Year after year, the bureaucratic barrier of transit permits rose higher: only a Palestinian who – with great difficulty – obtained a designated permit limited in place and time was allowed to cross the checkpoint and pass from the northern West Bank to Jerusalem. Qalandiya was the essence of hell that Palestinians must cross on their way to anything they need in life – work, health, worship, family. We of MachsomWatch watched, documented, publicized, and sometimes tried to help – and were going berserk with shame and pain.

In mid-2019 the new ‘crossing’ was finally finished. Waiting halls were enlarged, electronic identification devices were installed such as metal detectors, a checking that read the all-knowing magnetic cards etc.

The entire process was made more efficient – a real improvement! But the electronic identification checks only heightened the control of the passers personal data, to the point of invasion and surveillance in order to place limitations.
The technological facelift as well as the new structure and access to it actually end up worsening conditions and dismissing the users even more. At times crossing ends up with wounded casualties – because of the lack of clarity in planning between the vehicle access lanes and the pedestrian lanes, in 2020 alone two Palestinians who are hard of hearing were shot, not having heard the security guards’ warning shouts. 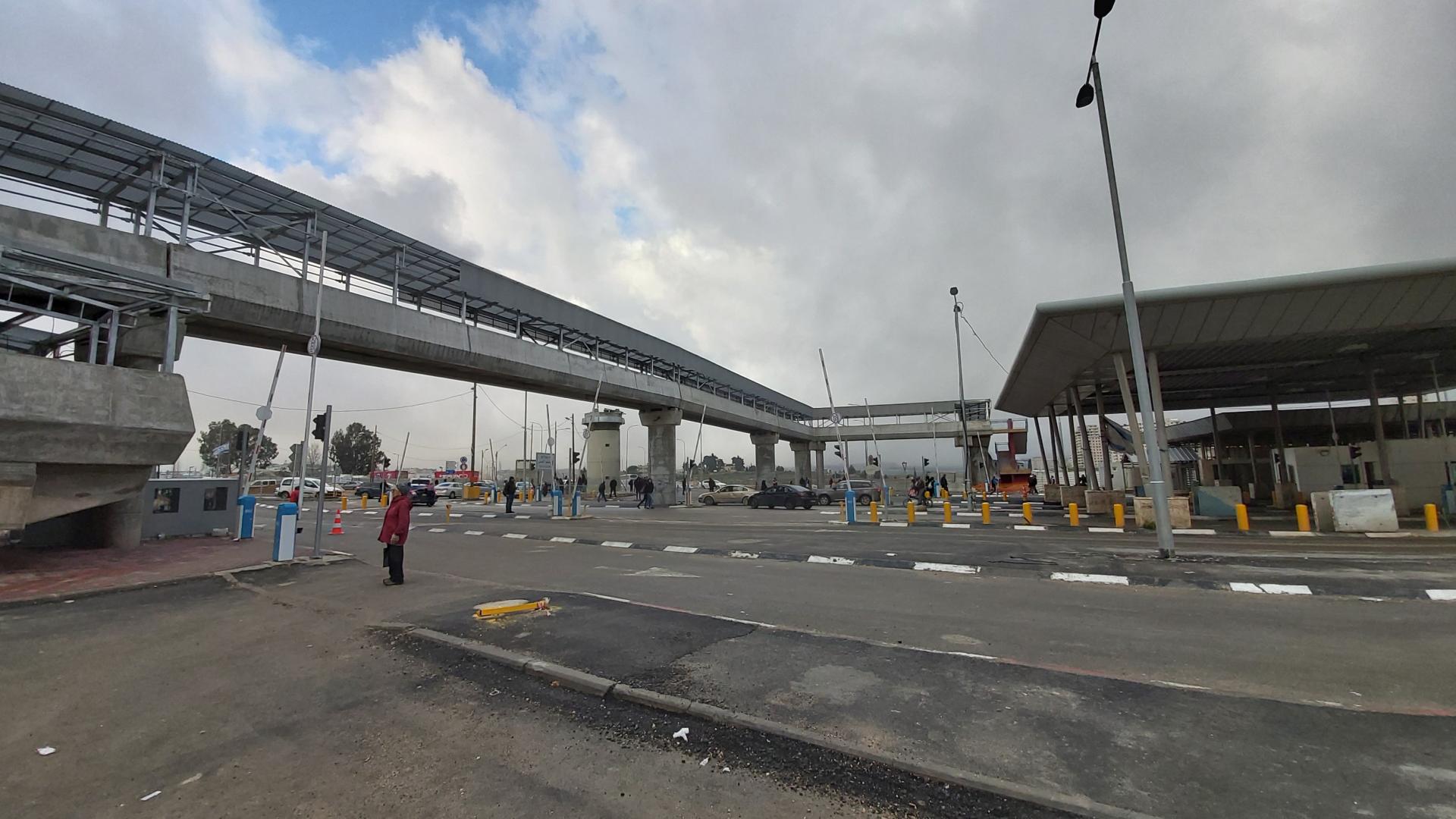 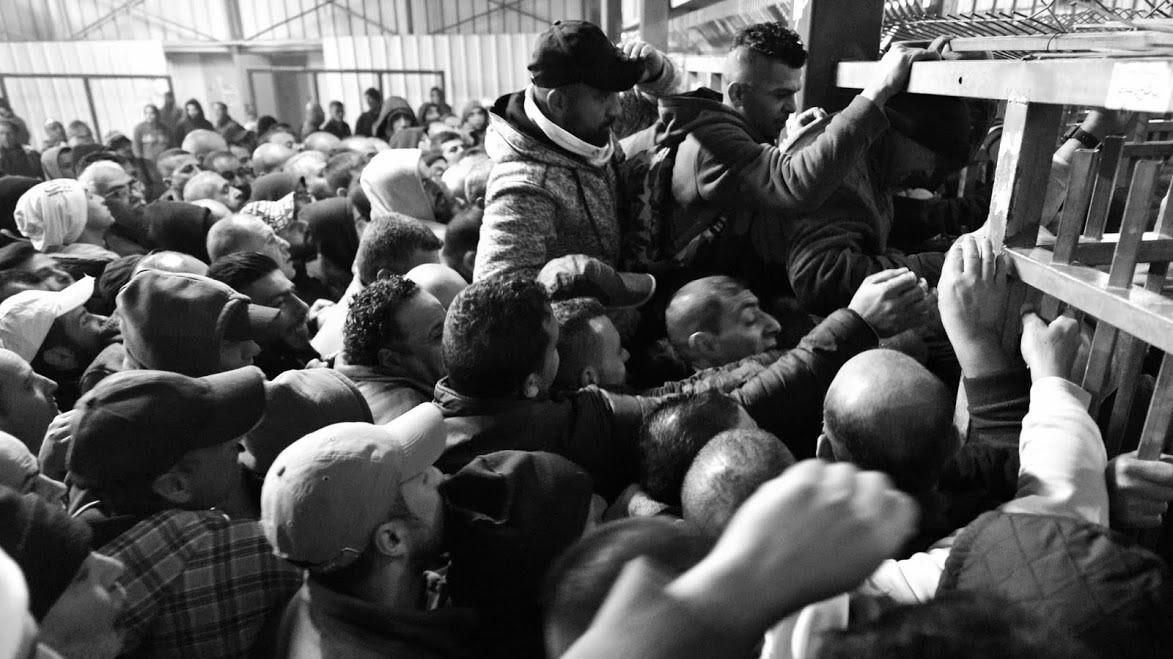 we came to Qalandiya after an absence of some months. We were horrified to see the new huge bridge built over the vehicle lanes! The only pedestrian access to the checkpoint! One could hardly understand why and how such a short walk to the entrance of the checkpoint was turned into a long, winding and steep concrete ramp? How do disabled people in wheelchairs, or women with children’s prams or simply the elderly supposed to cope with such a challenge? Moreover – the pedestrian entrance to the checkpoint from the north (Ramallah area) is so unclear that no wonder people skip it and walk straight into a death trap: to the vehicle lanes. The deaf-mute man who made this mistake is an obvious example. Later, as we spoke with the security firm official, he confirmed – albeit with some embarrassment – that our diagnosis was correct. ‘It’s decidedly sad…” he said. (Natanya G. and Hannah B., from Qalandiya reports of July and August 2020).

Finally – technology still leans on the human element, and does not lack weak points and failures. Such disruptions can be met when the lack of manpower causes various checking posts to close, and immediately a terrible crowding ensues in the waiting lines and attempts of young people impatient to hurry and shorten the line for themselves. Human chaos and suffering

Qalandiya Checkpoint is proof that the Occupation invests in upgrading its apparatus, but beyond the cosmetic ‘corrections’ its real purpose is to make ever more effective its control of the occupied population and distance it from Israel. 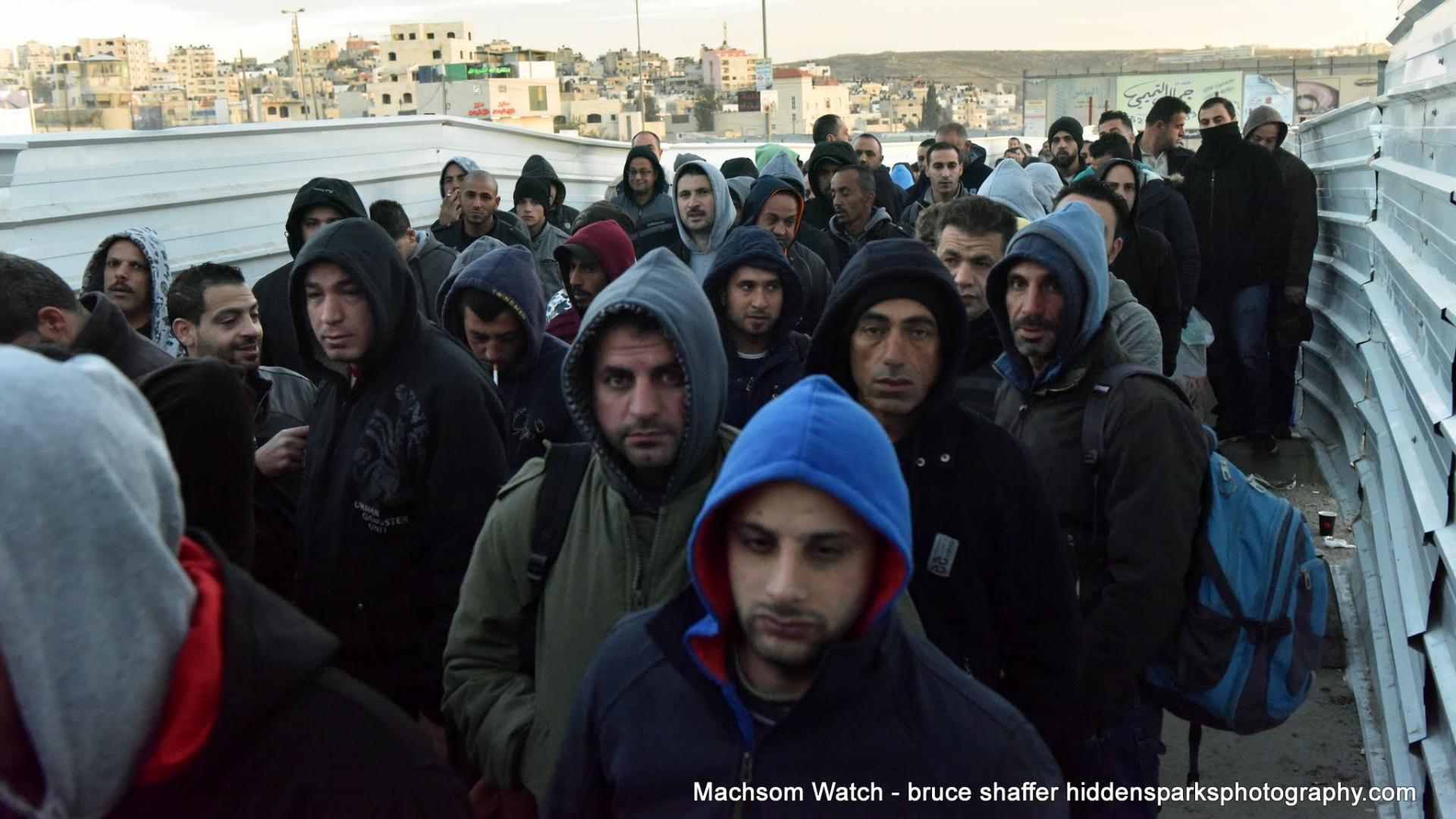 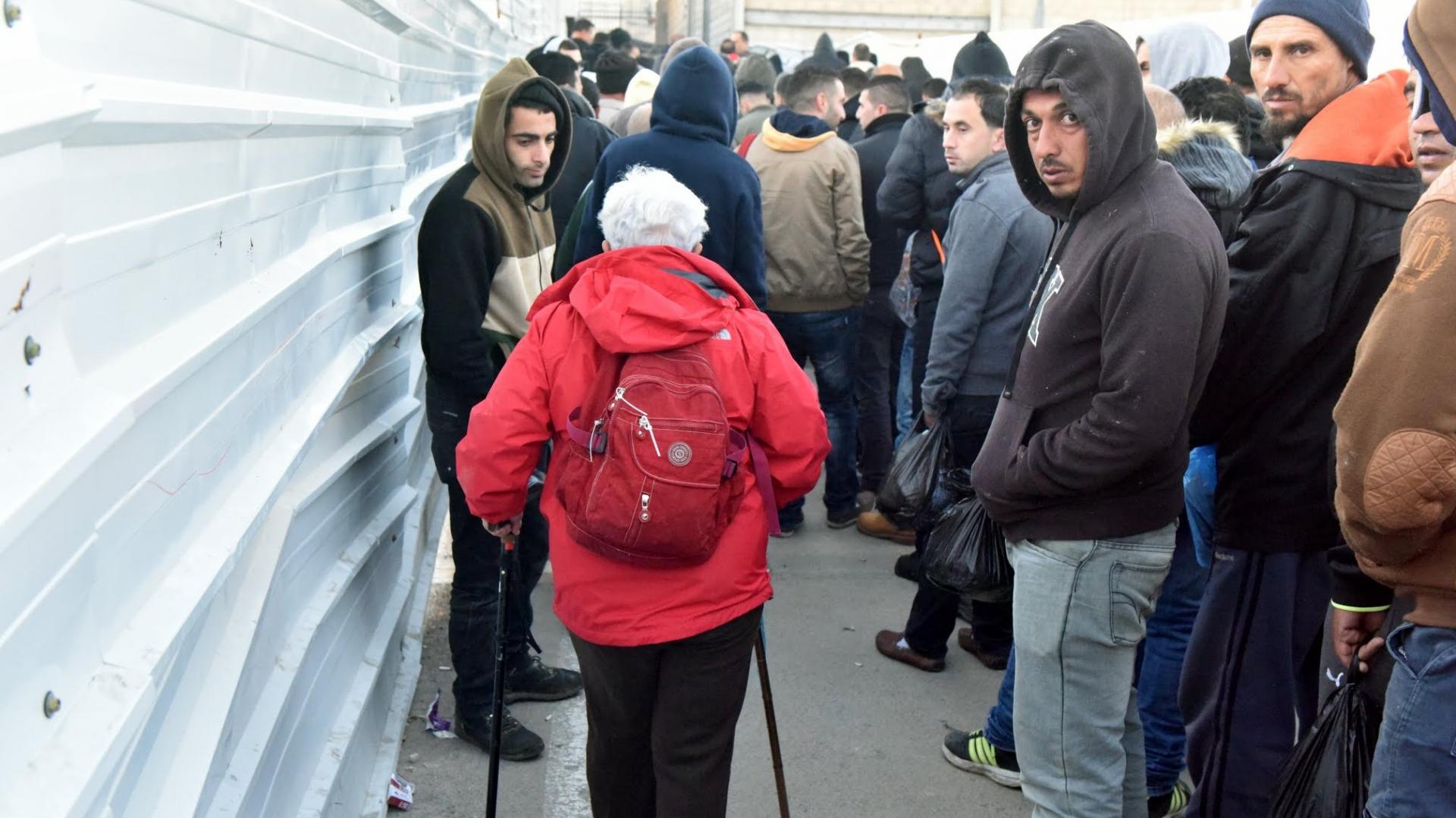 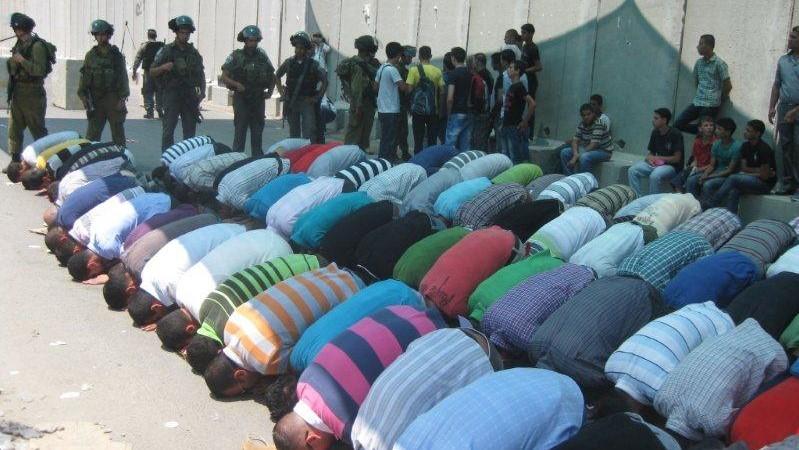 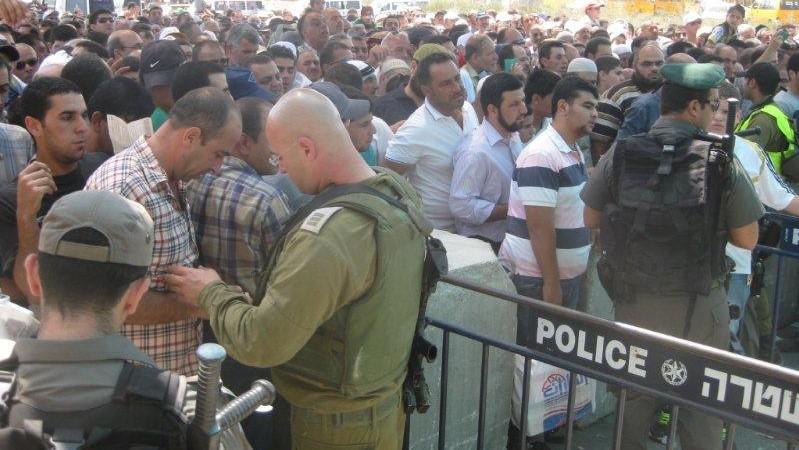