At 07:20 in the morning there was an incident in which someone had been run over at the entrance to Kiryat Arba.  Here’s what we saw when we arrived.  The car involved had been confiscated and was being loaded onto a tow truck.  The Egged bus stop across the road was surrounded by yellow posts.  The Kiryat Arba local guard got mad at us for even daring to come today.  Palestinians we met said that today three Palestinians had been killed/murdered.

From the time of the incident until 11:00, Highway 60 from the junction with Highway 356 to Shuyukh/Sa’ir was closed to Palestinian vehicles.  Soldiers stood on the road ordering Palestinian cars to turn around.

Soldiers and police stood at all the junctions.  A settler vehicle arrived to encourage them.

The soldiers are now much better protected when standing at roadblocks – surrounded by concrete barriers – which are often decorated with Israeli flags – the settlers’ handiwork which the army doesn’t bother to remove.

The earthen mounds at the entrances to the villages and towns along Highway 60 have been removed and the journey is usually unobstructed (it wasn’t like this two weeks ago).

Halhul/Sa’ir junction – We met two Palestinians, at the request of Ronit from the group dealing with people barred by the police.  They were afraid to come to Beit Anun junction because of rumors settlers had rioted there not long before we came.  We didn’t see anything when we drove past.

Hebron was really deserted when we were there.  The strike has ended and you no longer see children wandering the streets in the morning.

To our surprise, the “Hazon David” synagogue has been demolished.  I wonder for how long.  The settlers build it on private Palestinian land and the security forces demolish it by order of the Supreme Court.  Here’s what it looks like today:

Two soldiers stand next to the synagogue, guarding the entrance to the stairs up to the Giv’at Ha’avot neighborhood.  A group of youths was walking there.  The soldiers stopped and inspected them one at a time.

Pharmacy checkpoint – Palestinians repairing sewage lines on the road beside it.

It seems both the weather and the tension keeps people home.  Hebron is extremely depressing.

Today we also photographed the Meitar checkpoint.  There we met there our acquaintance from the Red Cross who’s in charge of family visits to relatives in Israeli prisons.  They sent regards to Sylvia, who had succeeding in removing one person from the list of those barred.  We gave the other Ronit’s phone number.

The Palestinians say this checkpoint operates fairly well – it’s just that the architecture of evil is scary, annoying and frightening (at least to me)

The entrance to the village, which leads also to Shuyukh, is blocked by concrete blocks. This is a meeting place of the villagers who need help from our members in bureaucratic matters. 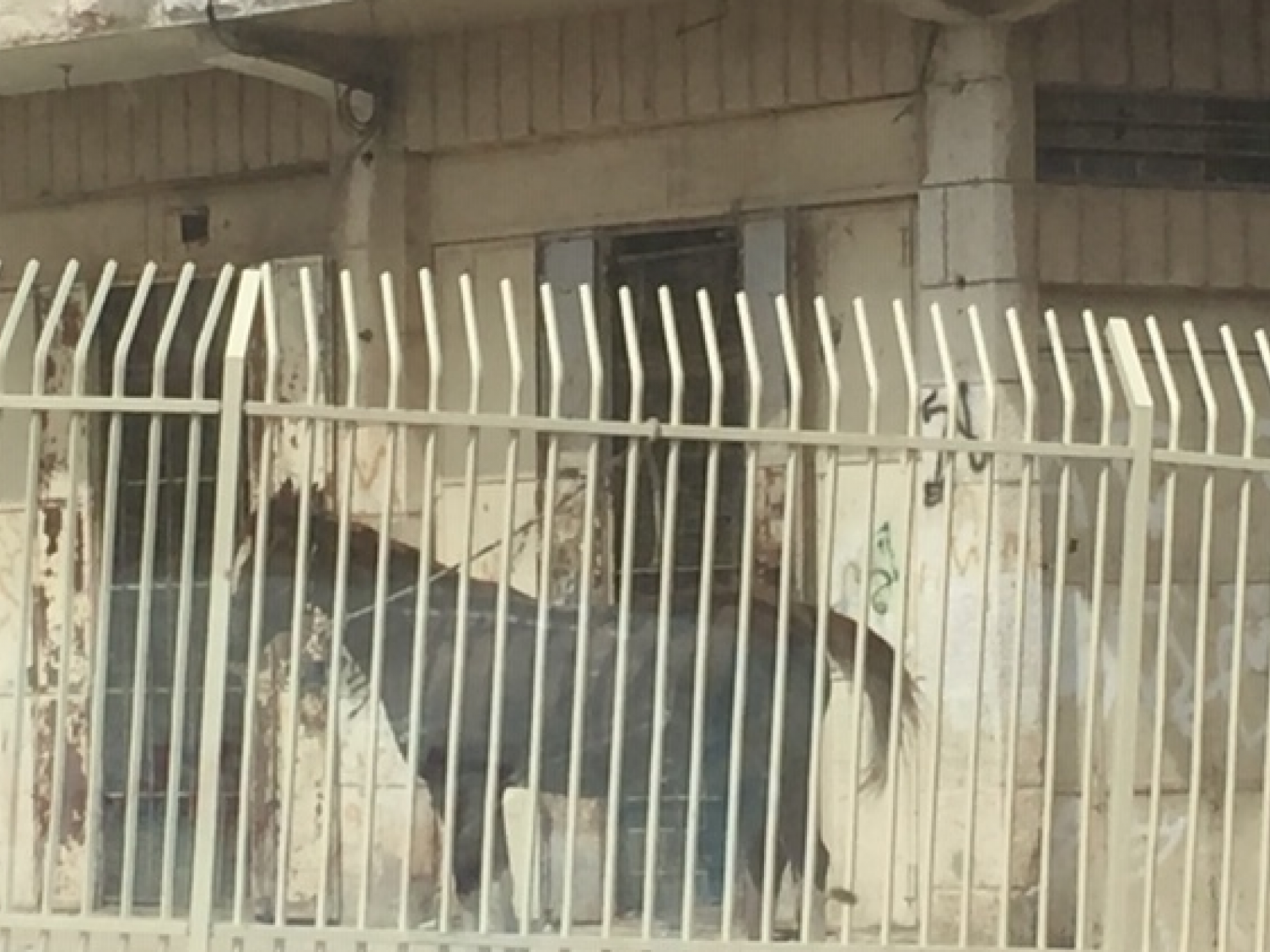