It is no surprise that the building nicknamed “Ha-Kirya” (in Hebrew, the appellation of Israel’s equivalent of the Pentagon, situated in mid-Tel Aviv) – which one has to cross fences and gates

and go through a magnetometer to reach it, a trek not easy for a healthy person and difficult to impossible for a disabled one, the building that when new was declared as aimed to make easier the life of Palestinians holding blue (Israeli resident) IDs whose home is on the wrong side of the Separation Fence – no surprise at all that over the years it has become a kind of white elephant. Most of the rooms in it stand abandoned. Its offices and bureaus just like a municipality’s, the post office, employment office or social security counter have either disappeared or function only part-time, and the only ones left and inhabiting two room are the Community Administration people.

It is indeed surprising that in spite of its non-activity, the building is growing more floors on top.

It was also not surprising that at the end of a workday, two policemen stood on the path at the entrance to Qalandiya checkpoint and tried to fish out those who had left in the morning for work in Jerusalem without holding the needed passage permits.

It is entirely unsurprising that they had no luck with their fishing. For who in his right mind would choose to enter such a trap?

It was very unsurprising to meet Giv’ati infantrymen standing armed on the track to the side of the village of Jab’a, stopping and delaying (without any excuse or explanation) vehicles headed for Adam Square.

It was however very surprising to hear the commander on the spot answer the question why they were causing a traffic jam and not clearing  the way for whoever they wanted to check on the road’s shoulders – he said they were doing this on purpose. It is meant to decrease the vehicle mass on Road 60 at rush hour, for often stones are thrown out of Hizma and it’s dangerous. So they decided to divert the traffic to this place.

A kind of close-ended collective punishment of those who have absolutely nothing, not even indirectly, to do with the matter.

And, just like every year in autumn – grenades a-plenty at Qalandiya.

Used masks are thrown in the passage

Used masks hung on the way back 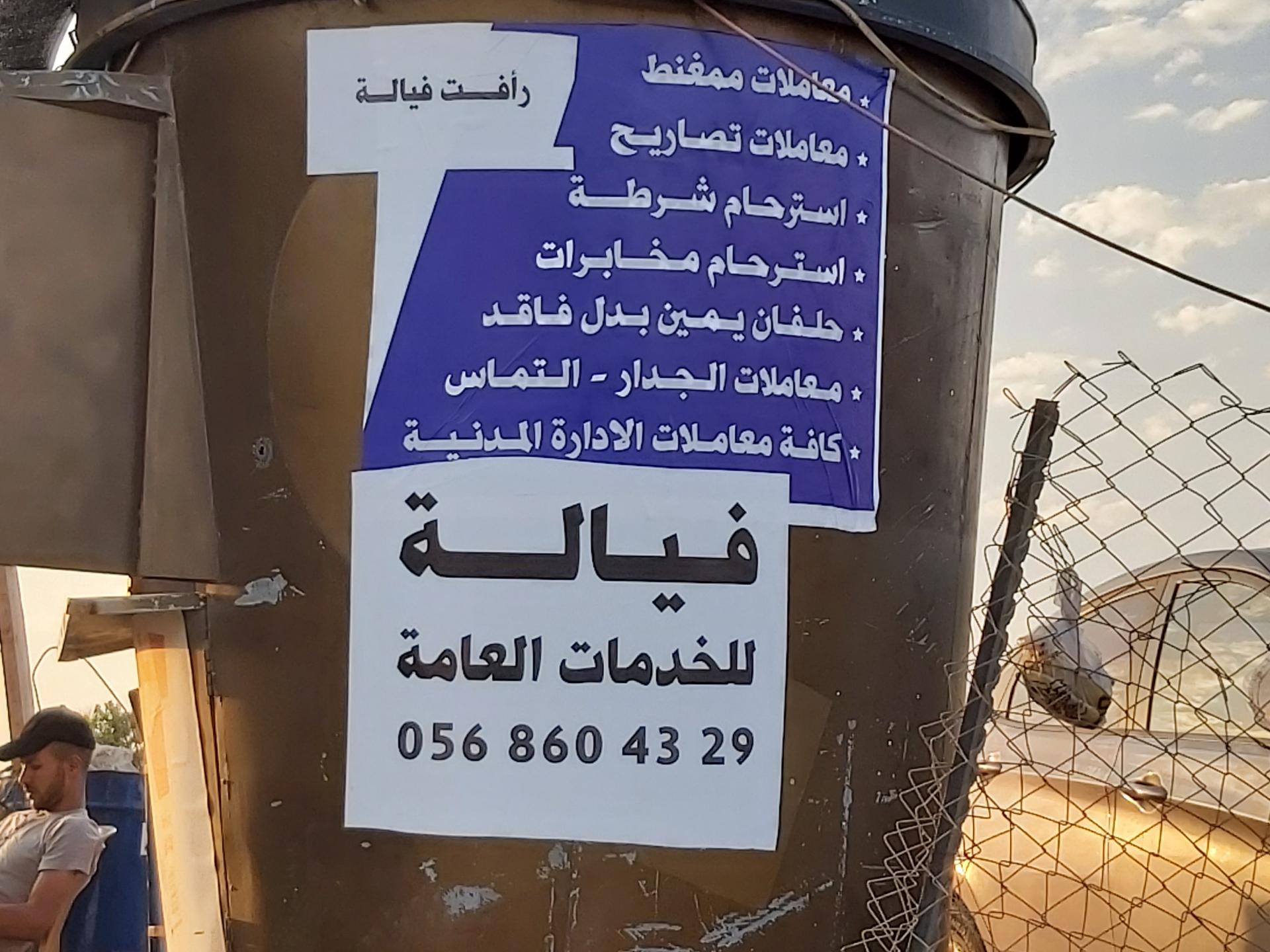