05:05  Three very long lines, from the parking lot to the cages.

It turns out only two soldiers are in the inspection booths because the bus for the others didn’t arrive (a claim we already heard last week) and only now did the second booth open; until a few minutes ago there was only one booth, which also opened late.

Palestinians who catch our eye ask what’s going on.

A soldier and policeman outside the aquarium (usually at this hour there’s only the soldier in charge of the cages)  tell us the soldiers will arrive in a few minutes.

We’re not surprised by what happens next…

05:15  The people begin piling on each other, the lines disappear, everyone crowds to the front of the cages, terrible pushing, some people pushing in from above, from the side.  Whoever is already in the pile but doesn’t want to push can’t get out, is shoved and trampled (we didn’t photograph, there are already many such photos.  And what’s the point?)

Whoever leaves/is rescued from the pile moves to one side.  Some eat, some pray, all smoke.  Some come talk with us.

This time an Australian observer from a Christian organization also stood with us.  It’s his first time at Qalandiya, very frightened at what he sees.  Whoever knows English also talks to him.

An elderly man from Nablus arrives with his son and brother on the way to an eye operation in Jerusalem.  When we asked the soldier to open the humanitarian gate for him he said he’d check when they’re coming to open it.  Soon, he says.  It’s being taken care of.  That he knows, but it’s not up to him.  We telephoned the DCL, they said they knew, it will open soon.  When?  Who knows?  Only God.  We said we’d pray.

Still only two booths are open.  People are still being trampled, very few come from the cages to the inspection booths.

The mass of people moves as in a dance, forward, back toward the cages.  It’s hard to breathe, those in the middle disappear from view.  Someone outside tells us his ribs were once broken that way, someone else says he was in shock.  You could be trampled and die.

Meanwhile, many others begin to gather at the humanitarian gate.

05:40  All the booths open.  The Border Police soldier announces in Arabic that they’re all open.  Those on the side say it’s too late.

A new attempt to form three lines.  But there’s great tension – every few minutes someone bursts to the front of the line, people again shove, argue.  People on the side try to calm things down, ask not to disrupt the line, not to fight.  Only towards 07:00 do the lines finally become orderly and people go through quickly.

Some elderly people go through, some teachers, some children.

A border police soldier, another soldier and an older policeman who’s familiar stand next to the DCL officer and the private security guard.

Events occurring at the humanitarian crossing:

1.      The Australian observer wants to go through at 06:30 (it’s impossible through the cages).  The older policeman refuses (Ya’ara accompanies him to the vehicle checkpoint; he gets on a bus to cross).

2.      A school principal is sent back because his humanitarian permit doesn’t indicate he’s a principal.

3.      A teacher is angrily sent back because they said he was rude (and “wait till you see what happens to you”) because he asked the DCL officer why he asks him for a permit every day if he recognizes him.

4.      A 59 year old man asks the older policeman for permission to enter because he’ll be 60 in two weeks.  The policeman refuses, sends him to the regular lines because “that’s the law,” and the Palestinian replies, “I’m going, satisfied?”   The policeman calls him back and confiscates his permit.

5.      And, finally, the older policeman doesn’t allow Ya’ara and me to cross – we’re sent to the cages.  We’re being punished.

When we asked the soldiers/policemen about some of the incidents (before we too were not allowed to cross), again and again we heard about “respect”:  “They should respect me, I’m an officer,” or “He should respect me – I’m doing him a favor by letting him go through.”  The confusion and the pressure lead to arbitrariness, improper exercise of power, authoritarian behavior and intimidation.

Maybe you can’t end the occupation, nor eliminate the checkpoints, but you can get the soldiers to their posts on time and require them to work efficiently.  You can minimize the terrible dependence on the army/police/security guards and the uncertainty felt by those waiting at the checkpoint.  The bureaucracy, which is sometimes an impediment, must provide the solution.  Paradoxically, it could create conditions for slightly more justice and a tiny bit more equality at these places. 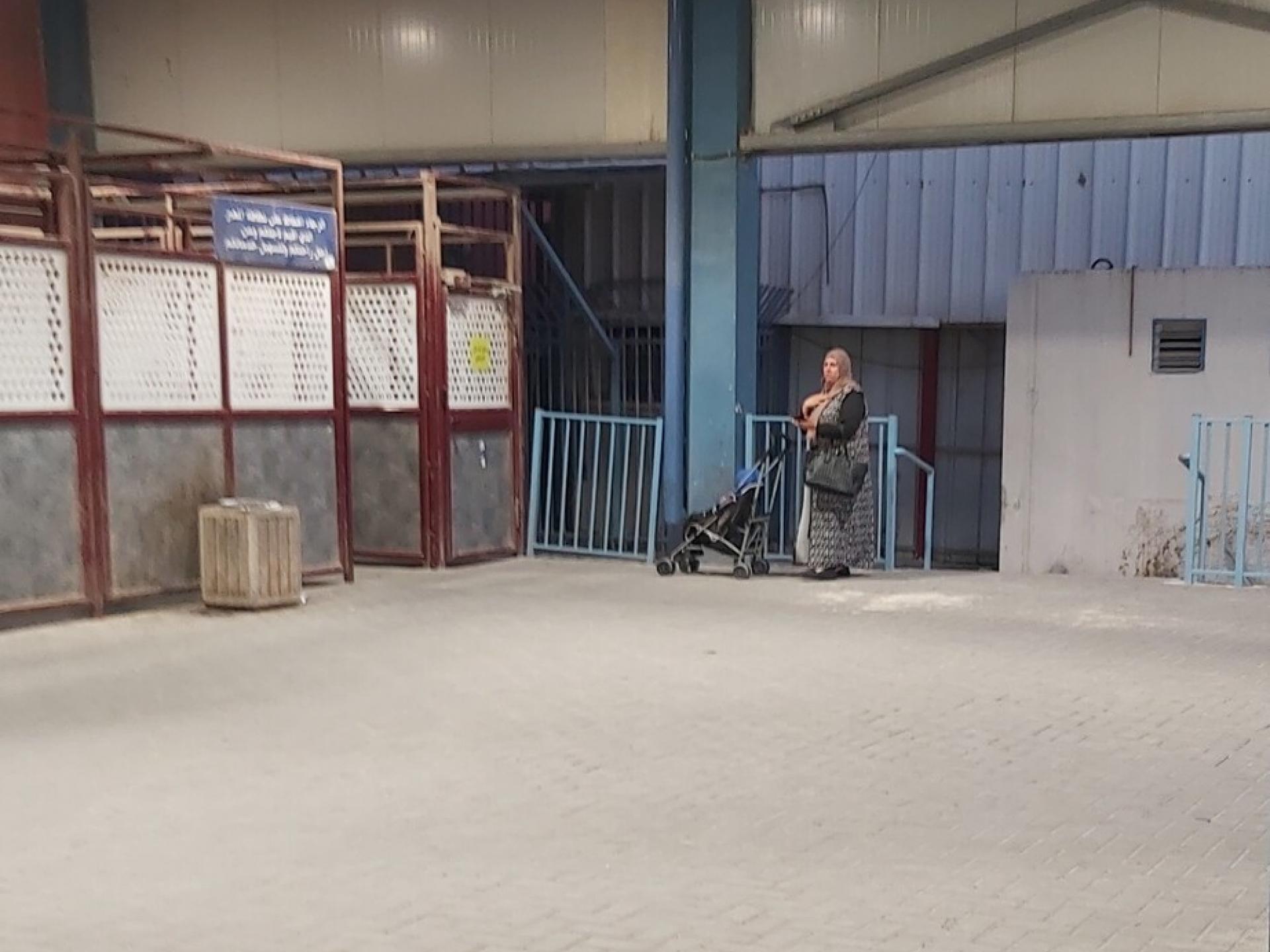