A four-year-old girl with cancer was transferred from one ambulance to another, from one stretcher to another, on her way to Augusta 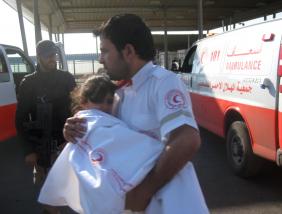 Victoria Hospital. “We didn’t have to wait a long time today until they let us cross, only an hour,” said the driver of the Palestinian ambulance. The “only an hour” drives me crazy. Only an hour, a girl only four years old, with cancer, crosses to Jerusalem accompanied only by her mother.

The girl might not return. Many don’t return from August Victoria.

What about the father? He, like other fathers, stays home. The fathers are considered dangerous.

The Red Cross man has already spent three hours on the phone with the Shabak, telling them the infant is very sick, his life’s in danger. “I told them the baby

needs his mother; I can’t nurse him.”

Even though the baby’s life is in danger, the Red Cross man also knows that a life hanging in the balance isn’t reason enough to allow someone to go through to a hospital even if it’s a seven-month-old baby. Because only members of the hidden elite seated on the dunghills of the secret service will determine who lives and who dies.

And after entreaties and intercessions, when the mother was given permission to accompany her child, and the ambulance arrived from the West Bank, the baby, semi-conscious, was removed first and then his mother, her eyes red and swollen. 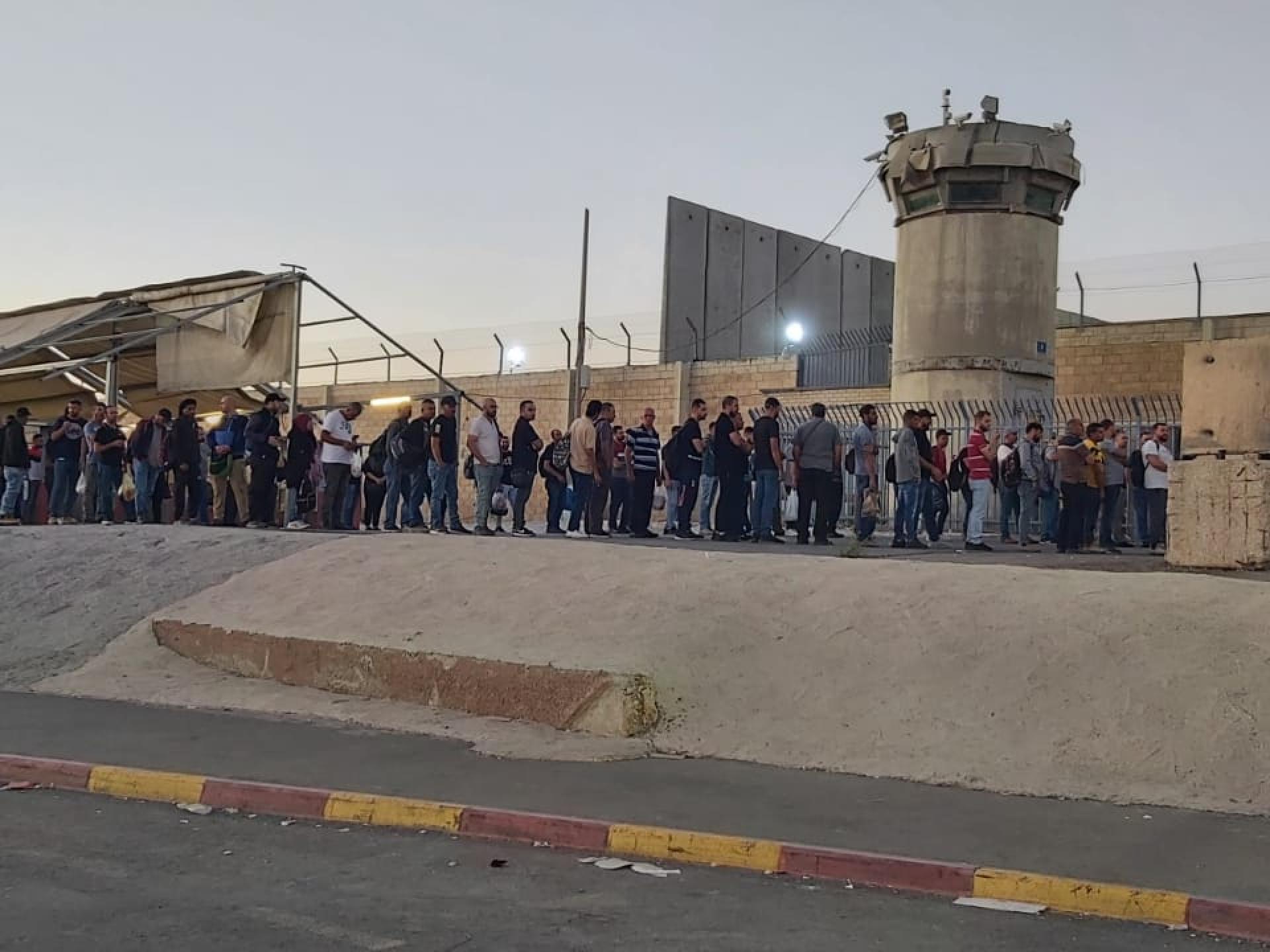