We arrived a few minutes before 9 AM. A few police cars already stood in the vehicle inspection area. Police officers? Soldiers? They inspected incoming cars, but not us.

The crowded parking lot hinted at the congestion we found at the canopied area.

Three very long lines; the humanitarian gate open; all the booths open inside. Many officers, soldiers and other uniformed personnel trying to maintain control efficiently. And…behaving politely to the Palestinians and even to us.

People on line reported waiting 1¼ - 1½ hours. But it turns out the army computes time differently. It measures waiting time only from the moment people come through the revolving gates

…so (from its perspective) the measures of productivity and efficiency are satisfactory. The long lines before the revolving gates are apparently the responsibility of the Palestinian Authority? Or perhaps they’re the fault of the people waiting who burden the regime by coming through the checkpoint on their way to worship, to the hospital and – on weekdays – to work.

Those waiting are apprehensive that the congestion won’t allow them to get to prayers in time. And lo, a familiar police officer appears and opens the humanitarian gate, keeping it open for people with permits to reach the Haram al Sharif and allowing worshippers to go through quickly.

At 10:30 a father arrives with a boy about ten years old. The boy has a hospital appointment that day. The father has a commercial crossing permit, but the boy has no permit. At first he’s detained but after intercession the security forces on site get to work and issue one to him. So it is possible!!! When there’s good will and readiness to listen and help.

The lines are shorter, most worshippers have already hurried through to the mosque, and we hurried away from this evil place.

The soldier at the vehicle crossing (she’s friendly too) showed us a wooden staff – a cudgel? Maybe a baseball bat – booty confiscated from evildoers (she says); she asked us to include it in our report. Let’s hope the best army in the Middle East (according to the Minister of Defense) knows also how to deal with cudgels. 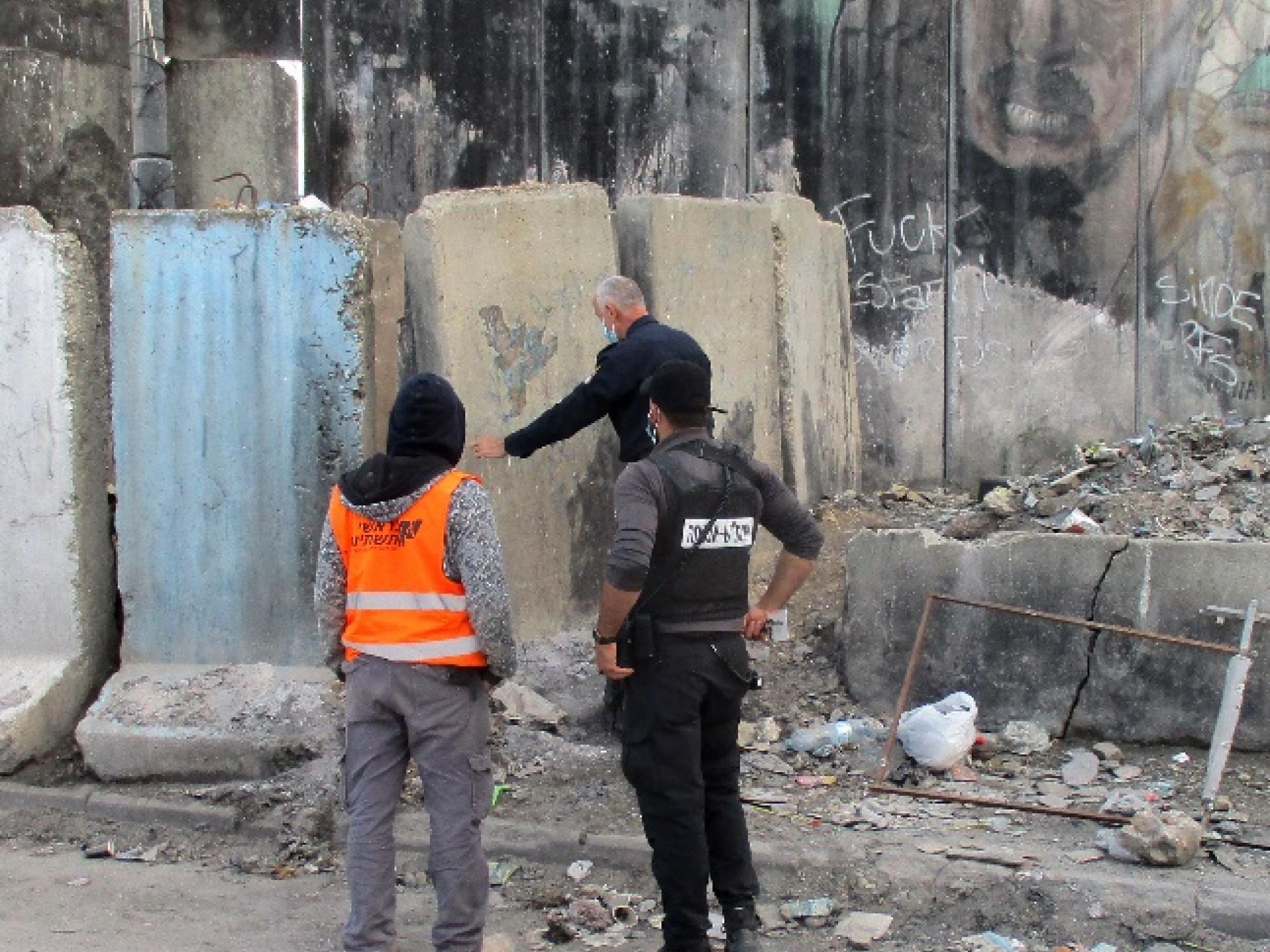 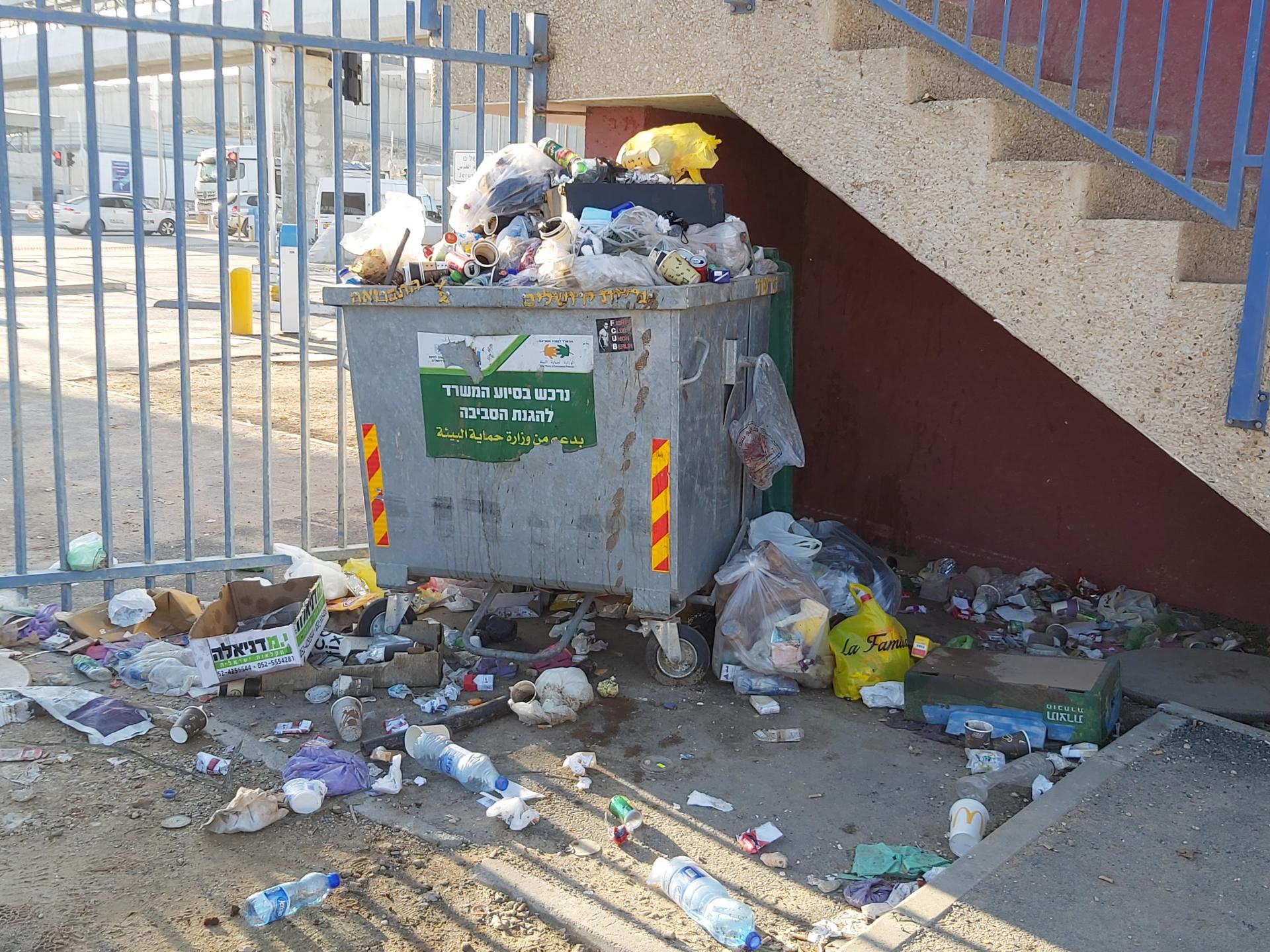 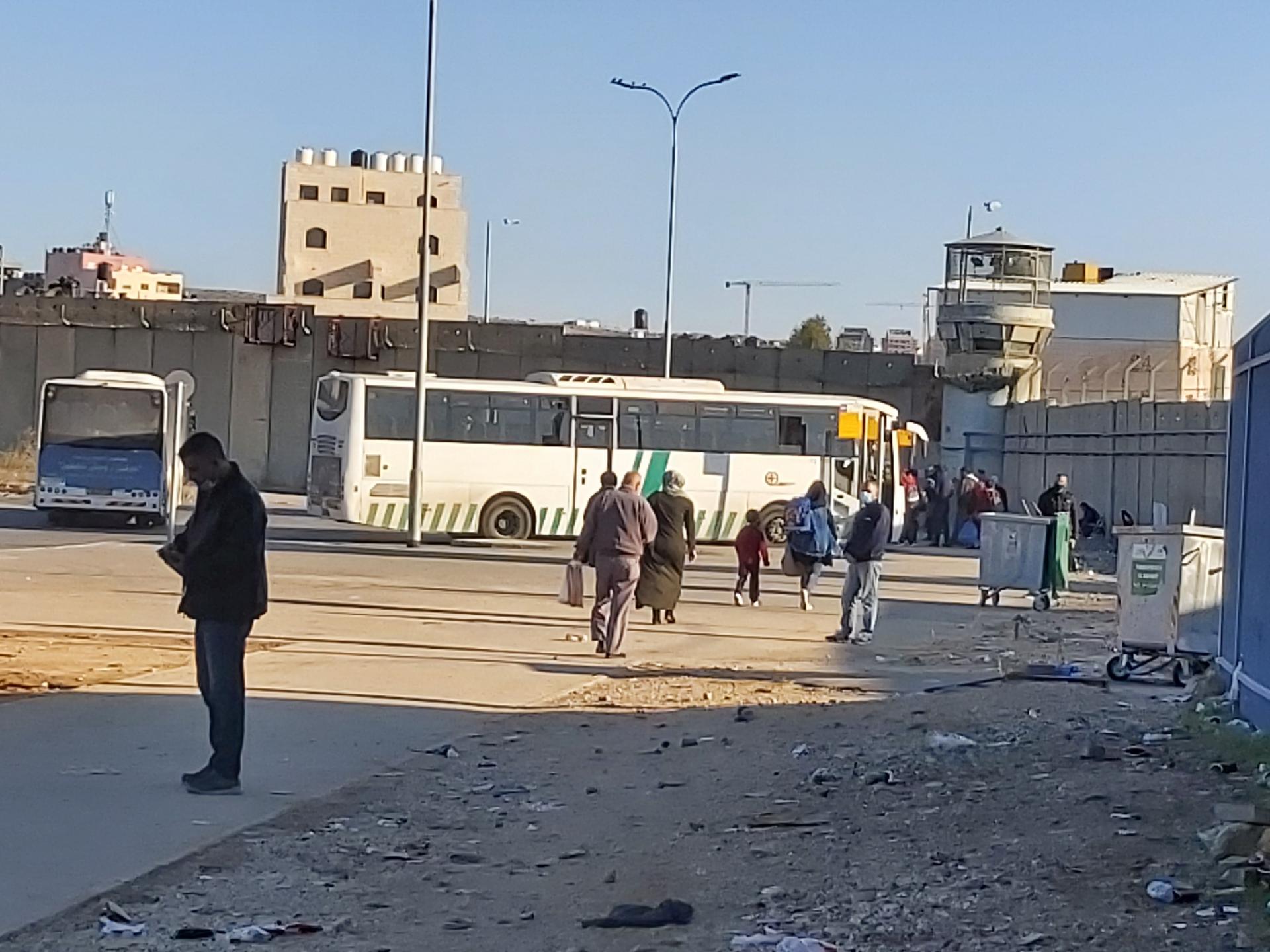