It was cold. The air was polluted. But the harmful and cruel regulations were more polluted. The victims: two babies.

In less than five minutes two ambulances from the west bank arrived at the entrance of the checkpoint and were ordered to wait.

The first ambulance was transferring a baby

of ten days from Qalqilya with respiratory distress, on the way to the checkpoint her condition worsened. According to the driver, the ride from Qalqilya takes an hour and a half, on top of that there is the twenty minutes detainment during the examination of the documents, the inspection of the mother's belongings and the completion of the back-to-back procedure: carrying the baby from the west bank stretcher to the Jerusalem stretcher, getting her inside the ambulance from Jerusalem and heading off to Mukased hospital.

The second baby was of four months, he came from Gaza and suffered from a kidney disease. This baby was hospitalized in Ramallah and when his illness took a turn for the worse, the medical crew recommended that he be transferred to Augusta Victoria.

Time crawled and there was no one to solve the problem.

A guard from the Civil Security Company said: "I might be a combatant but I have a heart". He tried to help: he spoke to the soldiers, he spoke to the ambulance crew, he walk restless from one side to the other, but he couldn't do anything to help solve the situation.

It was only after 55 minutes that a DCO officer arrived from out of the blue and suddenly all the necessary co-ordinations were found and authorized.

-         On our way to the Israeli side of the checkpoint we were detained in the side room, which is small and filthy, it has a net for a ceiling and on it lied leftovers of food, and on the walls words and addresses were carved, the most distinct was the word "MUHABARAT".

And then Dov arrived, he is the police officer that was alerted by the soldiers to come and deal with me after I refused to report to the soldiers what I was doing in what they thought was A' territory. Dov the police officer released us from the room in which we were held and said: "that’s what happens when you let 18 year old irresponsible girls to do the job", as well as: "If you want you can press charges".

Four armed soldiers stood on the hill in front of the entrance to the town, they were aiming their rifles and shooting gas grenades at the main road. Their enemies were four boys of about ten years (no more than ten), that appeared from behind a building, threw stones at the soldiers, hid again, waited for the grenades to be fire and started over. The Cab drivers that stood on the side waiting for customers, were the main victims of the gas fumes that mixed in the air, they said this had been going on for about an hour or an hour and a half. 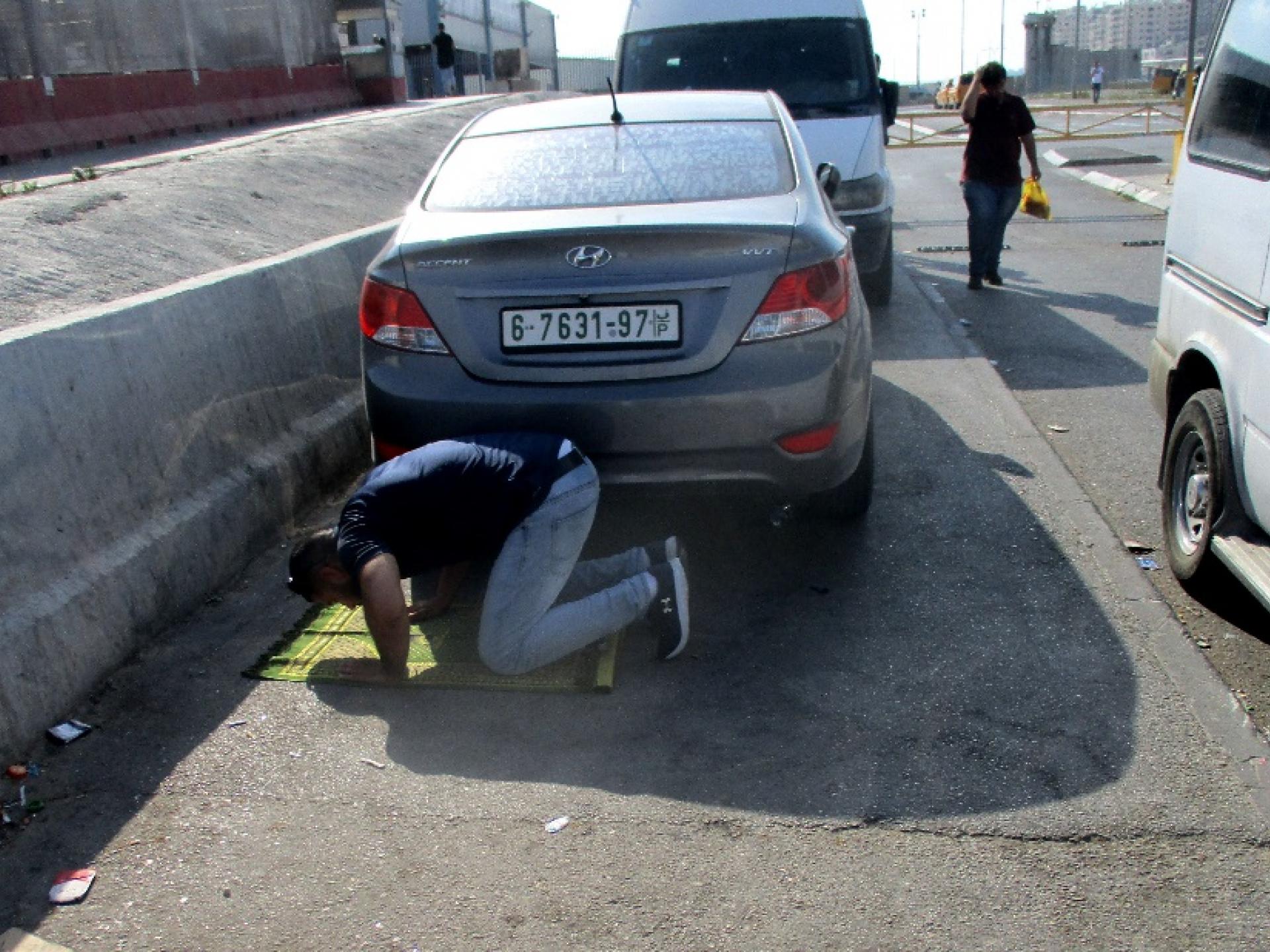