We left early for a-Tawwani to see whether the children who are supposed to be escorted to school by the IDF are in fact receiving an escort and reach school on time.

The group of children emerged from beyond the hill slightly after eight, cheerful in the way of children, and ran toward school.  The IDF arrived on time and protected them from the hoodlums of the Ma’on Farm.

The Italian volunteers from Operation Dove are pleased this morning.  “Yesterday,” they say, “the children waited an hour for the army so they could proceed in peace.”

“Why?”, we asked.  “The army thought school was cancelled because of the strike.”

When will the army decide that it has to stop the settlers from rampaging instead of assigning forces to escort the children, as if they’re threatened by an act of God?!

The strike comes and goes because the teachers aren’t being paid.  Yesterday they received some money, so today’s there’s school for half a day.  We drank good Italian coffee and continued.

We drove to Susiya because we’d been asked to come see the “house” that had been demolished on December 4, not for the first time.  In the endless struggle over who owns the land and who has the right to build on it the tents made of cloth, plastic and wood which serve as homes for the inhabitants of Susiya are repeatedly demolished; the hope is that the people will give up and leave.

Naftali Bennett said his conscience won’t permit him to obey an order requiring him to demolish a home and expel people, including Palestinians.

We invite him to accompany Civil Administration personnel and share his conscience with them.

A man stands next to three pink plastic chairs, guarding all his belongings covered with green plastic sheeting.  He raised it to display some bedding and pillows.  “Where are the police?”, we asked.

“Over there,” pointing to the structures.

Plastic sheeting, boards and olive tree logs are scattered about.

We photographed him, said whatever we could say to him and returned to the warm car in which we’ll return to our secure homes.

Only one man remained standing on the hill in the cold of a waning December, next to his pink chairs and coverlets with a floral design beneath green plastic sheeting.

Two links to the man and the remains of his demolished home in Susiya:

We continued to Hebron.

The half-day of school has ended, children are in the streets.

Everything’s normal:  The “quiet,” these checkpoints.

It looks like the area of Curve 160 is being cleaned up and redone.  Concrete barriers have been moved, the concertina wire taken away; a fence has risen instead.  A crossing with concrete barriers has replaced the revolving gate.  The soldiers seem calm until a youth arrives and speaks with them.  One then simply cocks his weapon and guards the discussion.

Have we already asked “Why are they there?”?!

Perhaps IDF officers will keep thinking about this, until the occupation has ended? 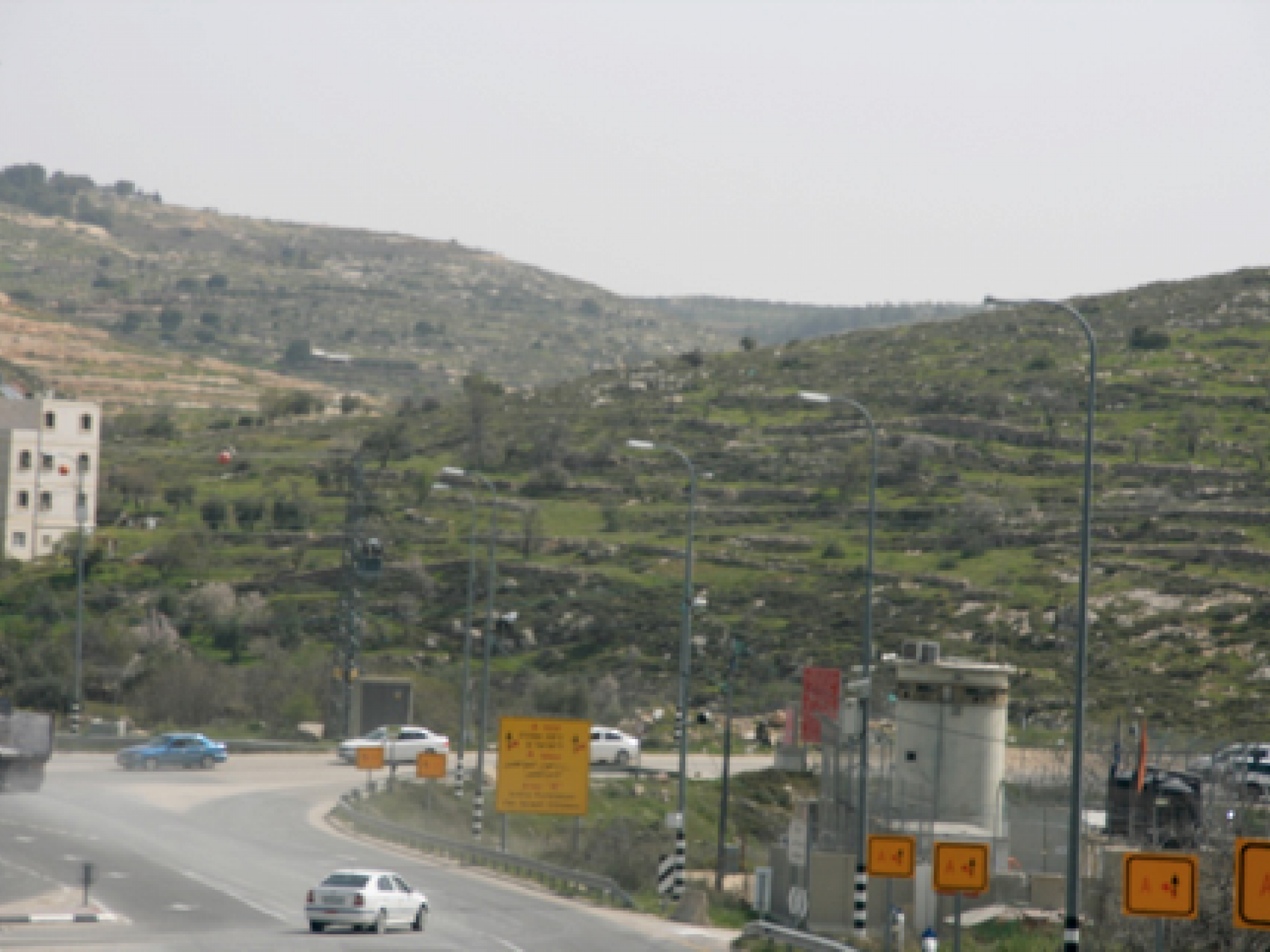