Both sides of the checkpoint are empty, deserted booths and no soldiers.

It’s never too late to mention the repeated declarations that the purpose of the checkpoint is to prevent Israelis from driving to Ramallah. But the two soldiers and the rope were stationed there before a reason was found to do so (the brilliant excuse was invented after a resident of Jerusalem with a GPS was directed by the device straight to Ramallah and saved thanks to some brave Palestinians who dragged him to the Qalandiya vehicle checkpoint despite the prohibition against crossing the checkpoint on foot).

The checkpoint was erected by chance. And then no one knew how or why it had been erected, so they also didn’t know whether to dismantle it.

Whoever erected it in the past has moved on to another job, and then to still another, and today he’s the deputy Chief of Staff, or the Chairman of a government company (Electricity? Water? The Jerusalem light rail? Highway 6?).

The soldiers were forgotten there with the rope so booths were planted to protect them from the sun and the rain. Later a tower was erected to guard the booths, because when there’s a certain number of soldiers and booths a tower is required. They were then given something to do, to inspect cars so the Palestinians will stay anxious; the surface of the road was grooved in both directions and a parking bay was paved. At the same time a general order was issued defining the location to be a closed military area, but it was then forgotten, and later dogs were trained there, and what’s next depends only on someone’s imagination. And suddenly everything disappeared, the soldiers apparently having been sent to Susia. But they’ll be back, since it would be a shame to forget about the booths.

It was another very congested day at Qalandiya itself, administered efficiently and stubbornly by the police commander. He doesn’t rest a minute, checks every line, hastens the inspections. It turns out that if you really care it’s possible to handle correctly even the huge number of people crossing here. And if you continually keep track of what’s happening at the gates

, and what the soldiers conducting inspections are doing, the laborers and the pupils and the elderly and the mothers will reach their destinations in a reasonable amount of time, without humiliation, trouble or anger. All you need is the awareness that we’re dealing with the neighbors, children and mothers of us all.

Masses of people continue flowing to Qalandiya until 8 in the morning, but this time they see lines moving quickly and a humanitarian gate that’s always open.

On the way back to Jerusalem we went through the vehicle checkpoint, as usual, and today’s inspection (of all the cars) was very rapid. 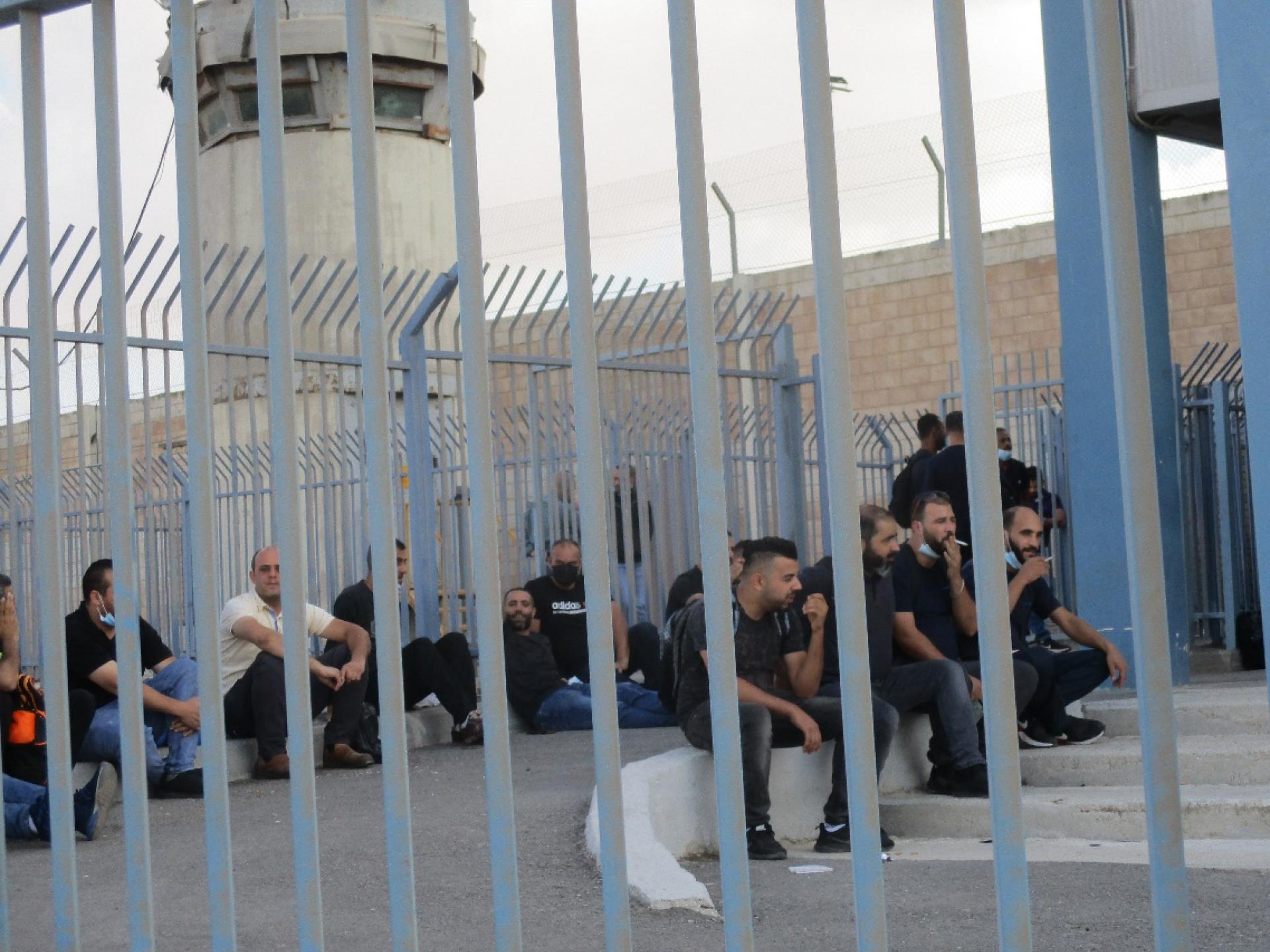