The traffic on both directions at Qalandiya checkpoint had been stopped during the change of shifts at the front post. The checkpoint became a sterile

zone for a while and the lines grew so long and wide that the vehicles stood cramped together. 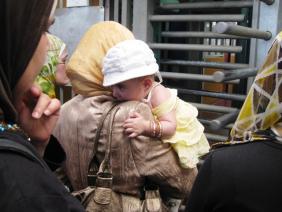 The cab drivers at Qalandiya checkpoint told us that the new wing, which is identical to the west wing of the checkpoint, will have been inaugurated by "the Christians' holiday".

We saw at Qalandiya checkpoint, sketches and blue prints to expand the way leading from the entrance to Ar-Ram to Jaba checkpoint. The constructions are funded and sponsored by US-AID.

The checkpoint had changed:

With American financial support a new lane on the road is being built, beside the already existing one.

Up until now the checkpoint worked only for one direction: the soldiers and their rifles faced only those heading to Qalandiya and Ramalla, so as to prevent Jews (that is settlers) from reaching Qalandiya refugee camp, for fear of a fatal end.

From now on the checkpoint works both ways. This isn't so as to prevent a lynch from accruing but in accordance with vague security mantra:   "only a week ago we found a gun in someone's car…"

The soldiers detained a Palestinian vehicle at the post. The three passengers were taken out, their belongings had been piled up on top of the car, their IDs had been taken from them and they were ordered to stand in line as if it were a military parade: a straight and orderly line. Ready and waiting for the dog and his trainer to approach and inspect them.

But the ticking of the camera

changed rules of the game, which up until then were a foretold chronicle: Galia, the dog trainer, panicked that her photo might be publicized, she started crying ("problems with her contact lends" we were told- yea right…), she called the supervising officer which was of no help to her since the officer saw nothing wrong with the photo, Galia (an immigrant from the USA) wouldn't let it go and it appeared that she had contacts with people from high levels, and even though she wasn't able to read the copy of our permit, she was able to speak with her superiors.

At that point the three Palestinian detainees

had been released and the three new detainees (us) filled in for them: "A risk for the security of the state", said a soldier while he and his colleges physically blocked our way.

First lieutenant Gil arrived after a few minutes, to personally command on the operation to release Galia's photo from the camera. Gil admitted to having contacted a representative of the IDF spokesman who had explained to him that there was nothing wrong with what we had done, or as he put it: "it was in order", however, he then got a call from the commander of the "Oketz Unit" him self, who had ordered that he delete Galia's photo.

We kept claiming our actions were legal and we waited.

This mutual war of attrition continued for an hour, and when it ended we were sent on our way with all of our belongings, not before Gil told us that:

-Twice a week there is dog attendance regulation,

-The Palestinians have a lot of weapons,

-There can be no comparison made between the Palestinians' processions of arms with that of the settlers', after all this is a reality of a war and not of an occupation, as we had said.

-and that: "A week ago we caught two people who were wanted, they were actual terrorists, said the GSS". 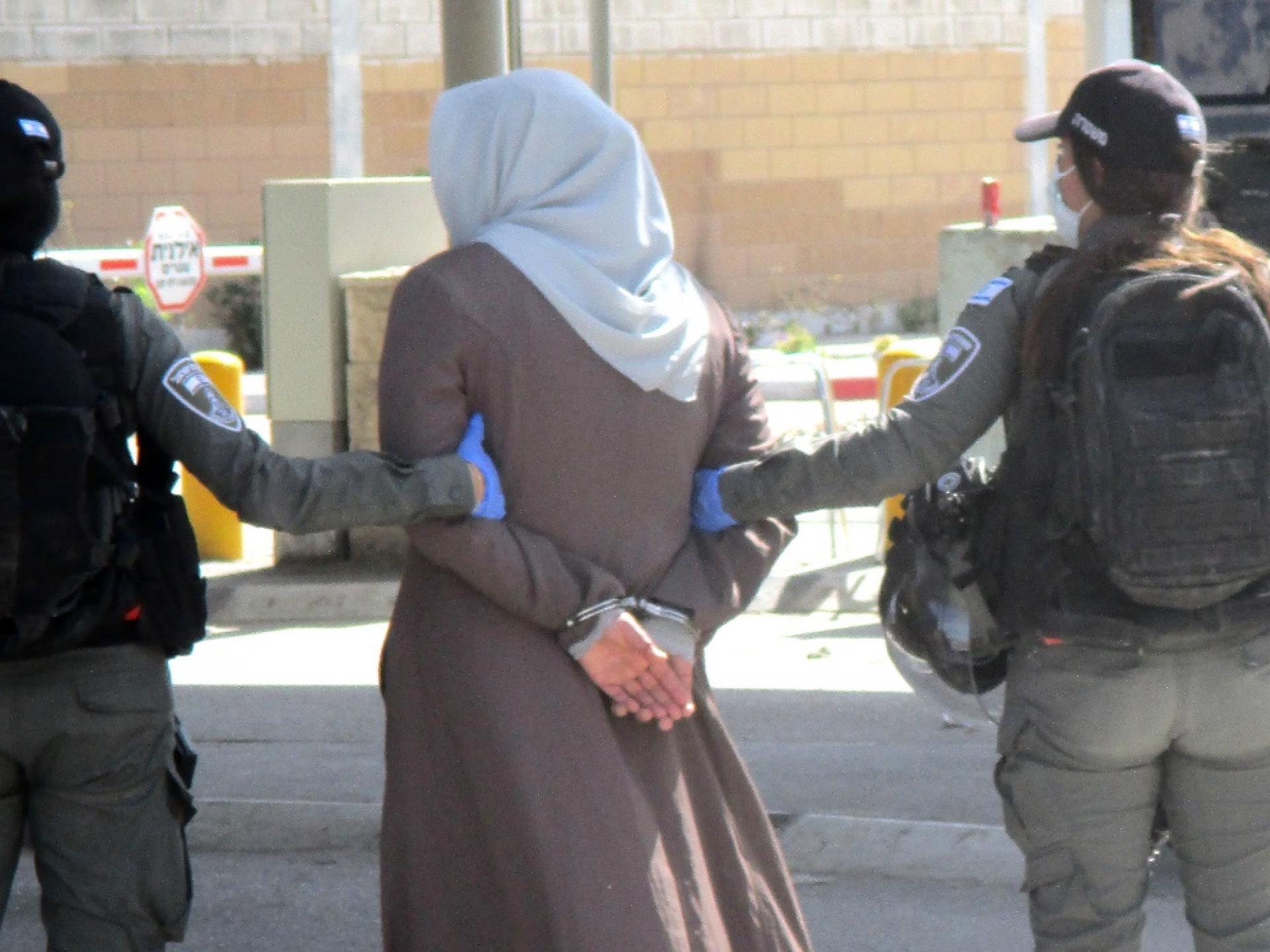