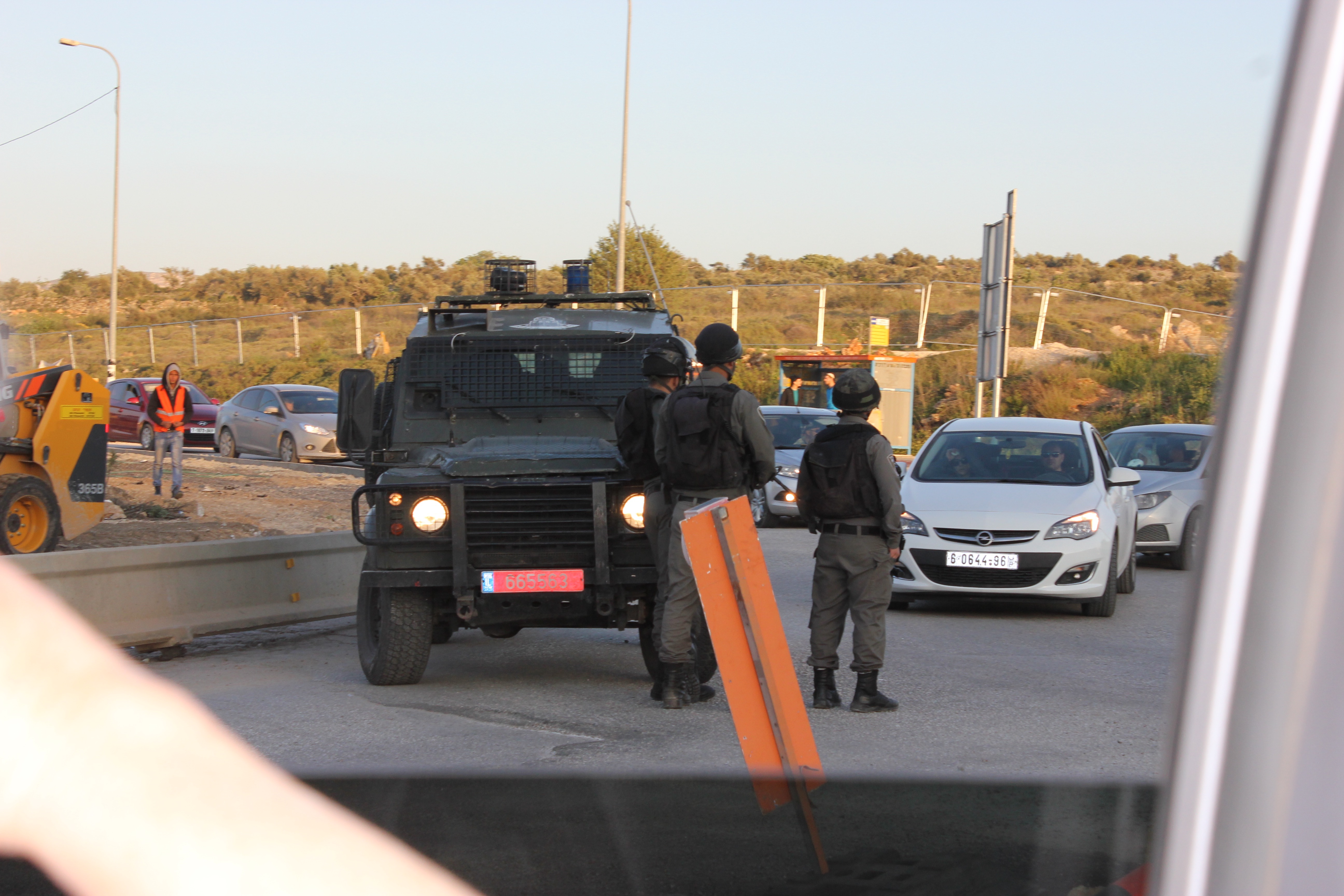 Habla gate:  It turns out that the gate is open between 13:00-14:00 primarily for schoolchildren, and between 17:00-18:00 for the laborers.  The owner of a cart leaves it and the horse outside the gate, undergoes a careful physical inspection in the building and then comes back and brings the loaded cart into the village.  There’s absolutely no logical reason for the physical inspection, but why forgo it?

Jama’in – We watched the festivities accompanying the release of five

prisoners as part of the Shalit deal:  two returned to the village, three were sent to Gaza.

We drove through Awarta and Ein Abous, spoke with residents who complained that settlers from the area harass people harvesting olives near Ariel and Itamar.  Harvesting is only possible when leftists or the DCO is present.  We were also told settlers had erected a tent with equipment on privately-owned land, and Sa’id, from the DCO, intervened.  One of the residents said that he owns five dunums near Barkan, but he’s not allowed to build a house on the land.

The military is present at the junction in larger numbers than recently.  The writing on the wall (“When will it end…?), apparently referring to the continuing 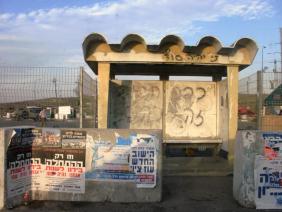 occupation, has been partly erased.  But, on the other hand, posters announce the establishment of Oz Tzion, a new locality (an outpost with three structures erected on 18.10), and call on the public to prevent evacuation of the settlements (reading: “Hundreds of children in danger of expulsion.”  To hotels?)