Most of the laborers have already crossed; there weren’t many. Apparently the rain kept the farmers home today.

There’s an army vehicle in the parking lot – an unusual sight – but we didn’t see any soldiers.

No unusual activity. The same teachers waiting for their rides, the same children walking kilometers to school.

Nor are there any flying checkpoints, except at the Kvasim junction. At the entrance to the Hebron industrial zone we approach three soldiers who are detaining cars.

The lieutenant comes over to us: “No ‘Good morning’?” “Who are you”, etc…We ask why they’re blocking entry to Area A.

Amazingly polite, they explain there’s an alert; they’re looking for a specific person and vehicle. “Shimshon support unit” on his webbing.

Does the IDF have PR people?

Israeli flags, and those of the locality, wave in the breeze. The town is dressed for the holiday. Today the impressive new paved road/promenade is being inaugurated. A large, bold sign announces: "The sons’ route in the city of the Patriarchs".

The guard at the entrance, a native of the town who knows us, pretty friendly, with – we should note - a sense of humor, asks whether we’ve come for the ceremony. “Dress warmly – it’s cold today…”

The Giv’ati brigade is still stationed in the city.

But Border Police soldiers man the checkpoint at Curve 160, the Pharmacy checkpoint and those at the Cave of the Patriarchs.

Someone decidedthat’s where they should be stationed, and yesterday’s events only prove how “effective” they are.

We stop at Curve 160. The soldier [the same as was there yesterday] reports our arrival over the phone. There are two detainees

“Don’t take any photographs, and don’t talk to them,” he tells us. The ideal soldier.

We insist that, since we’re civilians, soldiers can’t give us orders.

Meanwhile the commander, Emanuel, arrives. He’s the sector commander, energetic, to the point, but apparently has instructions to demonstrate openness, transparency, cooperation. He shows us a police ID and explains he’s authorized to tell us what to do.

We express our surprise (remonstrate) at yesterday's events (see report).

He replies: “The guy butted the policeman. The cameras will testify to that. We pulled the rim of his hat down over his eyes because we didn’t want him to see all the military equipment we had in the pillbox. We didn’t put a hat over his face when we brought him in. You have to understand that we’re security personnel. If he butted a policeman, we have to arrest him. The doctor from Curve 206 [where the battalion medical unit is stationed, on the Worshipper’s route] came over and treated him. Pepper spray? That’s nothing. The doctor said it just burns a little, that's all."  “But why handcuff him so tightly he faints and his hands turn blue?" We persist. "Why do you arrest people who live here, whom you see everyday walking the same route?" Again, he explains that sometimes there are alerts that require inspecting those people also. “You have to understand, I can’t go into too much detail.”

We reiterate that those methods give rise to acts of terror and hatred, rather than preventing them. He shrugs and tries to explain that they’re aware of all those problems, but they’re security people. We ask: “Could there be soldiers who want to “stand out”, those super-motivated, who go too far in detaining and arresting people?” He almost swears there aren’t any like that.

OK, neither of us convinces the other. We remind him again that those living here are human beings who deserve to be treated humanely, and so long as we’re here, that’s how we’re obligated to treat them.

He doesn’t disagree, but there’s nothing new in his response.

OK, I don’t think that’s the end of it. I hope the Border Police commanders will take action [naïve?].

When we told our old acquaintance in the Elfawwar grocery that our friend, Tamar (Golan) had passed away, he said, “Everyone dies eventually, so why can’t our leaders understand that and allow us to live together in peace?” 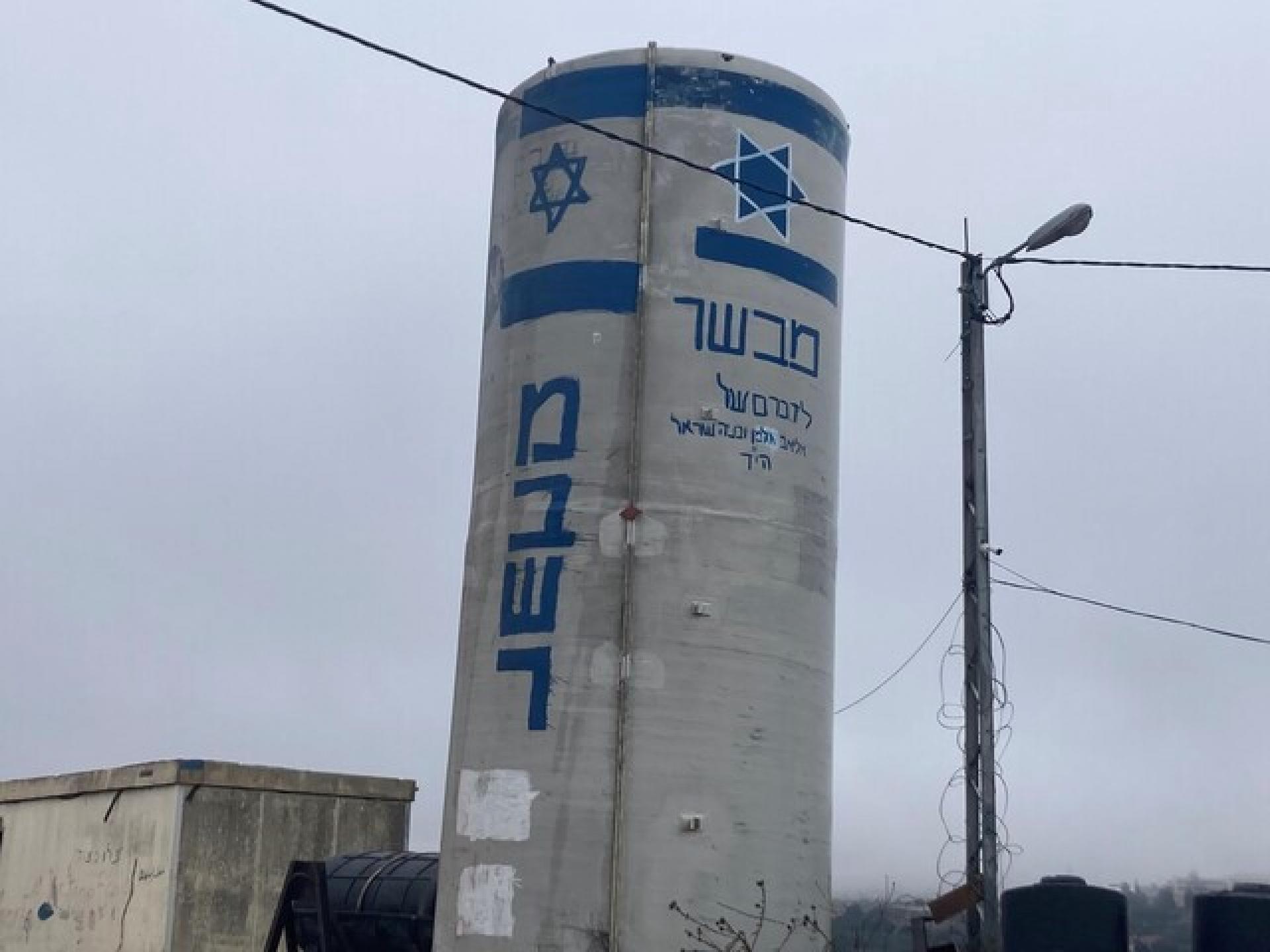 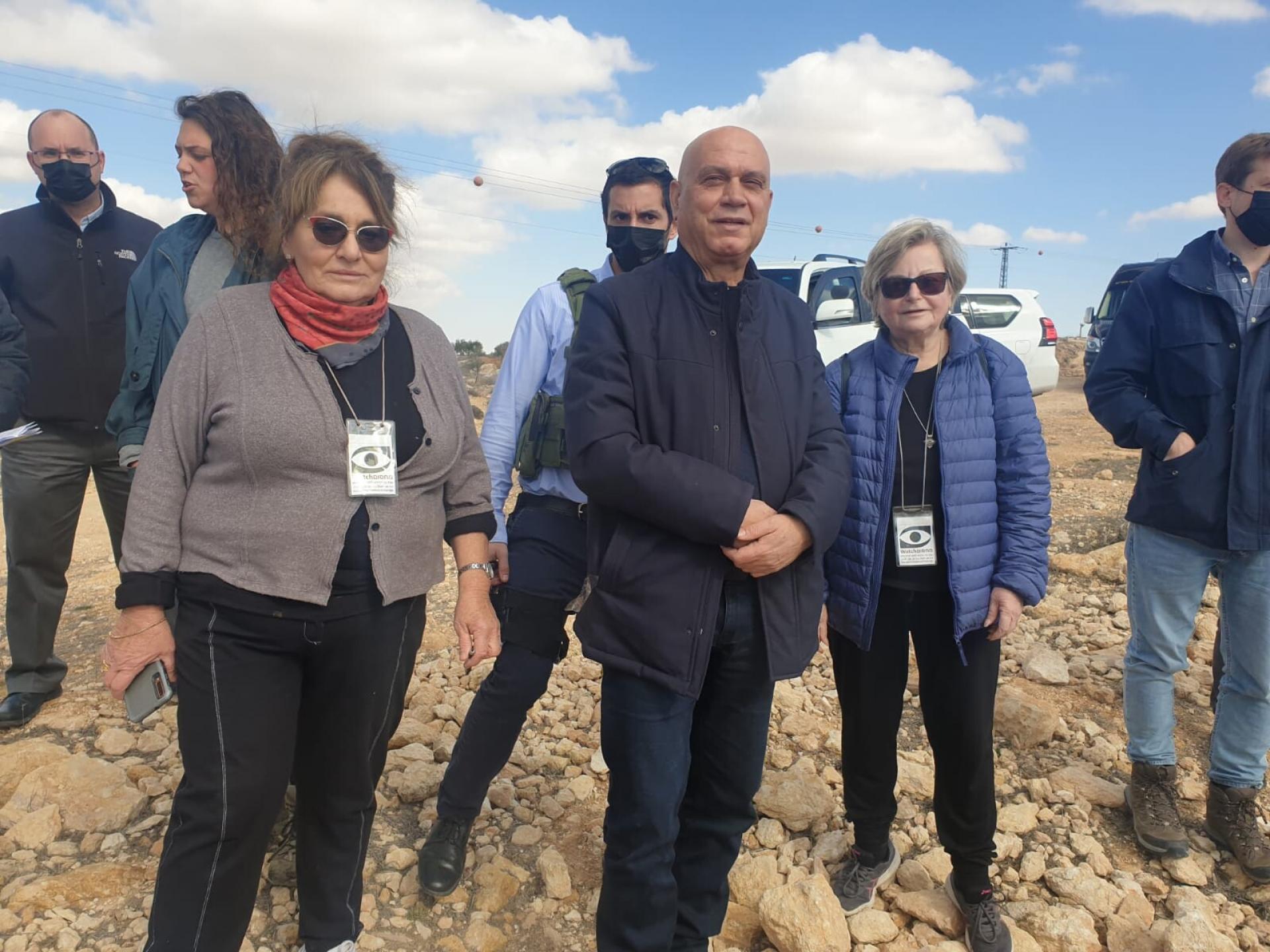