Meytar
6:45: all the workers have passed through. All the rest is routine.

Given the complaints we've heard from people who live next to Beit Yatir, we decided to return and check the checkpoint, serving very few Palestinian pedestrians.

Not serving workers, its main users are settlers and tracks.

We drove via Route 317. The road was deserted, the verge of a droughty desert, many herds searching for something to feed on.

We turn a little before Susiya to road 316 and immediately, a checkpoint appears. To our right, the settlement 'Beit Yatir' and right to its feet, a small village named "Imanzil", where there's a school.

There, as well as to the settlement's left and right next to it, too, lives the Abu Kabita family. They tell us that their children undergo security checks of all kinds and sorts when passing through the CP on their way to school.

When we arrive, the guards' tension is palpable. "MW women are on their way" I can hear them report on their radio. A menacing-looking guy approaches: "Yes. Can we help you, ladies?" "No" we reply, "We've come for a visit" "It is very hectic" he tell us "don't go there, and don't stand here" the young hero tells us, 'the people's enemies". "Don't worry" I tell him. "I'm not worried, I'm just defending my life" he retorts, walking hither and tether . Another, more courageous guard approaches us and is ready to "even" talk to us and answer our questions. He knows us from the Meytar checkpoint. This checkpoint, he tells us, was previously manned by reservists but was privatized (i.e., turned over to a civil security-services company) about a year ago and is now managed by the same person who manages the Meytar checkpoint.

We ask him to explain to us their conduct vis a vis the school children, because we see them approaching and waiting next to the booth. They all live in Beit Yatir and need to cross over to the checkpoint's other side, to their school in Imanzil. There are about fifteen children in the group, aged between 6 and 13 years, and they wait for each other. Each of them needs to present a "koushan" (this is how he – the guard – calls this paper…). One of them collects those papers from all the others and approaches a guard-woman. She has a list from civil authority, where she checks them all and then hands it back to him. He returns the papers to the others and now they can all walk through.

"It is the same group of children every morning, isn't it? So you know them all. Can't it work some other how?" (because whoever forgot his 'Koushan' at home, e.g., cannot walk through). These are our instructions, he replies carelessly. "There where complaints of physical searches" we add. "Not as far as I know" he replies.

We waited for the children to walk through and then asked to talk to the kids. They walk two km. every morning. There's a group of girls among them, which splits off there, to take a shuttle to Yata.

We asked the children what happens on their way back? They search on us, they replied.

We decided to return some other time when they're doing their way back, to see how it works. Days will tell.


Now we proceeded to Route 60, direction of Hebron.
Many military vehicles at Bnei' Naim junction. A pile of stones – temporary memorial to those killed in the last attack. To the right of the road, on the highest rooftop, "straw-widow" procedure: IDF soldiers have taken over, a large camouflage net was spread open and an Israeli flag flies high up, as if to say "We're here! Ready to stand up (as always!) with what has already happened…" Soldiers with the same signs seem to have settled also atop one of the houses of the Ja'abar family, opposite Kiryat Arba. Now, nothing will befall the settlers. What about other residents? Who cares?!

At the entry to Kiryat Arba, a smiling, pleasant young man welcomes us. "Have you arrived for your shift?" he says, opening the gate for us. "Yes." "Come visit me" says Yuval, "I live not too far from here, we can talk." We're surprised to have received such response. "I don't decline the possibility. To talk," I answer, feeling as if I were accepting an invitation to conduct peace talks with an enemy.  Hebron is packed with soldiers on every corner. There are also military vehicles next to the prayers' route and on Gross Square. No detainees

are to be seen and next to the Patriarchs' cave, there are lots of guards and visitors.

The Shouhada St. is deserted. As we return, we meet a shaken and terrified woman next to the upward road, leading to Tel Roumeidah. She is on her way to the Tarpat checkpoint. She says she was walking before with her three children when suddenly a car got close to her and a settler opened the window, sprayed some unknown material at her and laughed. The young children were scared off and one of them was so terrified, he banged his head against a street light. She left them with the neighbors and is now accompanying her eldest to school. We proposed to her that, should this recur, she write down the car's registration number so we can help. "I was so scared, and now the kids are afraid" she said "this man always does something to us". Unfortunately, we could nothing other than sympathize with her distress. We will attempt, however, to find out who this man is through our own means and, if we find him, will file a complaint. Maybe he's one of those unique settlers that the police and the army have some interest in stopping. Maybe…


A city with so much menace, it can almost be sensed in the air. What kind of (mental/spiritual) account do the settlers do/give now, for all those days of "awe" which they make their neighbors and us experience year-round?


Back to Route 60: packed with both military and civilian vehicles.

Next to the brigade's headquarters policemen, soldiers, and Palestinian Authority people park and talk… is there really some change in the air already?


White doves were nowhere to be seen. 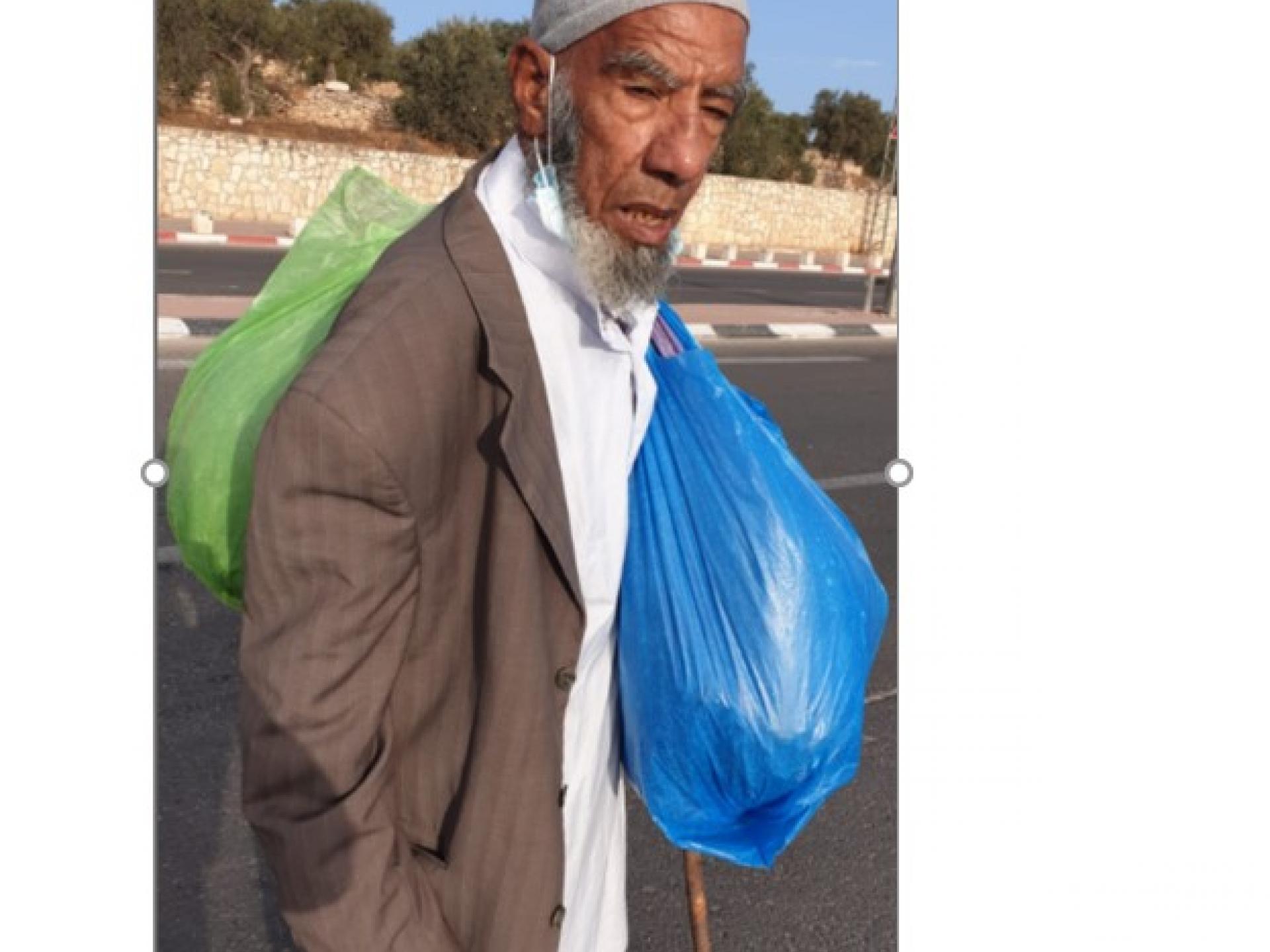 Bethlehem checkpoint: The elderly Musa was also forced to walk to Jerusalem on foot because the checkpoint was closed