In the last months the civil administration has been giving permits to those going to the prayers on the Temple Mount on Fridays.  These are given to a certain amount of people from the West Bank, to men and women over 50 and their children under 12, This depending on the fact that they are not a "security refused." And even then only to a certain number from each village or town for that certain Friday. This is the Israeli decision. This we learned from the Palestinians and scrutiny of their permits.

The permits also contain that which is forbidden and includes all the punishments, humiliations, etc. . This we learned while standing in line. 100s of people standing cramped and crowded together most of them older people with green IDs. They and the children are well dressed. The dehumanization of the Palestinians  can be seen at first glance. The waiting area of the terminal is filthy. The dust and the smell of urine added to the proclamations from the loudspeakers. The words which are impossible to make out but one can hear the  abusive and threatening   tone  aimed at those in line. As if a line of criminals are being addressed. And as it soon turned out these were orders  and commands and remarks which mocked those who stood in line. The amount of time spent in line was about two hours until one got out.

The permits to pass to the prayers are given to men and women over 50 and their children under 12  who are only allowed through accompanied by their parents but not to grandchildren accompanied by grandparents and as one woman in line said to me," Not children of children and not daughters of daughters."

A member of the town council takes the IDs to the DCO at Qalandiya  . On the permit is written "DCO Shomron envelops Aram" There is no need for the magnetic card.

The passage to all the residents of these places is only at Qalandiya.

There were few people who had blue IDs in the line.  There were also permits to visit families, for medical reasons or for work or trade purposes. Everyone was bitter and said "Like sheep." The association which the villagers have. In a short argument they said there was no need to write  or photograph as the whole world knows what is happening. Everything has been documents and written about again and again and the Arab world is the most to blame.

A woman about 70 crying came back after having spent 2 hours in line. She did not have a permit and hopes that her wrinkles would help her to get through. Another woman was already crying before she got to the woman soldier as she was scared that they would not let her tiny grandchildren through. Another woman with tears in her eyes said that she had a permit to visit her daughters in Jerusalem, the second time in two years. The men in the family are prevented and so only she can visit her daughters in their homes. A young woman with a permit cried because of her sick child and the intentional extra suffering at the checkpoint.

Today the humanitarian gate was not opened.

The behaviour of the women soldiers behind the armoured glass was abusive and disgraceful. They shouted at everyone who came opposite them. They spoke Hebrew and shouted if someone did not understand, again and again they called the women idiots and frightened the children and the old people with commands through the microphone. Those coming to the window must press their IDs against the glass,push in the permit through the slot under the window. Here and there men and women were asked to identify themselves with their hands, biometric. All in this order  and woe to he who has not the experience and does not understand,. A child may not go through before his aprents and one boy nearly cried because he did not understand the woman soldier screamed at him  and this time ...in English!

Most of the time I heard in Arabic,,,: Hello Sir or Madam where are you going? Are you stupid or deaf?'"

When our turn came, after two hours of joining the queue they noted our ID numbers in the computer. My name and details were already known. ( I had not known that these had been put into the computer until I read the report of Tamar F. What will come of this who knows...but anyhow ...like the Palestinians.

I remarked to the woman soldier how she shouted and mocked the Palestinians. If the armoured glass had not been between us she and her friends would probably have attacked me.  The reply was "They, the Palestinians are not people, they are stupid and idiots.  Because of them we have to be here 12 hours a day. They should thank us that we allow them to live in Israel. It is not our problem that they do not understand Hebrew. They should learn." We received our punishment  and they locked the last turnstile  so that we had to wait to get out. And this way they also punished the Palestinians behind us. 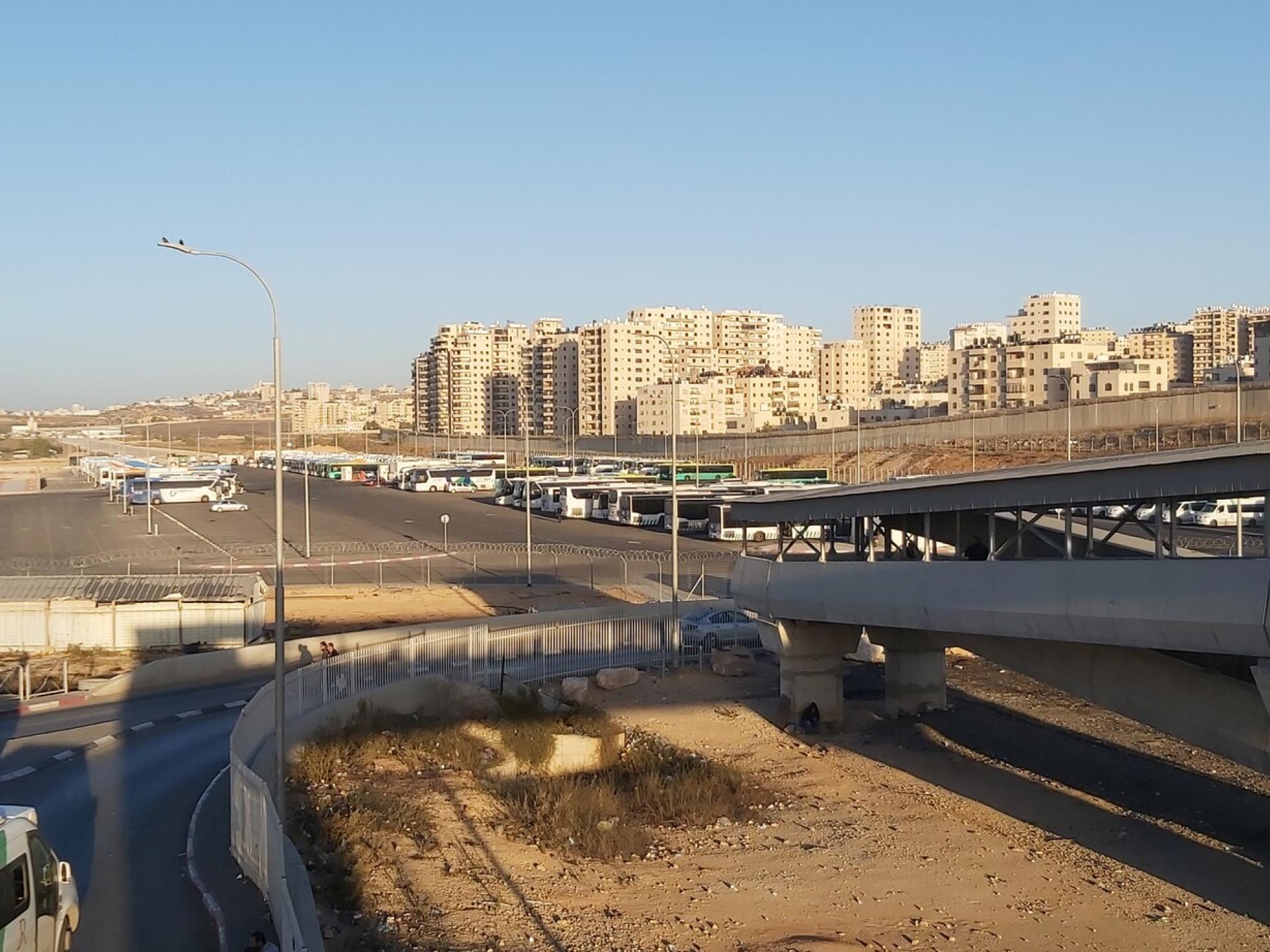