The Meitar crossing is deserted at this time of the morning.

The waiting area for trucks is crowded.  It's clear this is an important economic lifeline.

The road to Hebron is "boring."  Almost no visible military presence today.  The local residents are hardly on the road either.

It's obvious that it's Tisha' B'Av today in Hebron.  The Jews are fasting.

What are they thinking about today?  Hatred for no reason?  Whether their behavior encourages or discourages the "destruction of the Third Temple"?  We avoided coming near the Cave of the Patriarchs.  Many guests came to worship, and we don't particularly want to meet them.  Soldiers are on duty at the checkpoints but don't detain anyone.

At B's grocery we had a short conversation about the difficulties of life in area H2.  It's not easy living in a place where two authorities - Israeli and Palestinian - run your life.

Yesterday's incident (19.7) involving the home and fields of Atta Jabber - cf. the report.

For a number of months the family has been involved in a struggle with the authorities.  Unfortunately for them, they live just below the Nofei Mamreh neighborhood that's expanding.  Kiryat Arba suddenly came close to their home.

Their presence apparently delays development plans (construction freeze?), which is why they're being required to leave their ancestral land.

"If you give up the field, we won't demolish your home," they were told.  No one is proposing to provide replacement fields, vineyards and orchards.

They're refusing, of course, but "leave it to the Jews."  Suddenly the family turned into water thieves, and has been forced to let its tomato and vegetable crops dry up.

Various organizations have gotten involved trying to combat the land expropriation, but nothing has helped so far, and meanwhile one has to live, so recently it appears as if they again tried to grow some crops for a living, while the new buildings of Nofei Mamreh are poised to "drop" onto their home and fields.

On Monday morning, 19.7, our colleagues who had begun their shift saw a painful sight:  large numbers of military and Border Police forces came to the field to provide security for those dismantling the irrigation equipment, for the Civil Administration staff, Mekorot personnel and others.  They brought a large truck, dismantled all the pipes and faucets, loaded them along with the other agricultural equipment, and drove away.  One of the female members of the family collapsed and was taken away by ambulance, and no amount of pleading helped.  Someone decided they're stealing water, and that's that!

Representatives of the foreign press were present, but the people of Israel aren't interested.  Israeli journalists didn't think it was important to be there.

But there happen to be crops that flourish without adequate water - the "shoots of hatred and anger" that will sprout on this land.  They'll grow and grow.  To the attention of those guarding the nation:  You're raising future generations of our enemies.

Just look in the mirror. 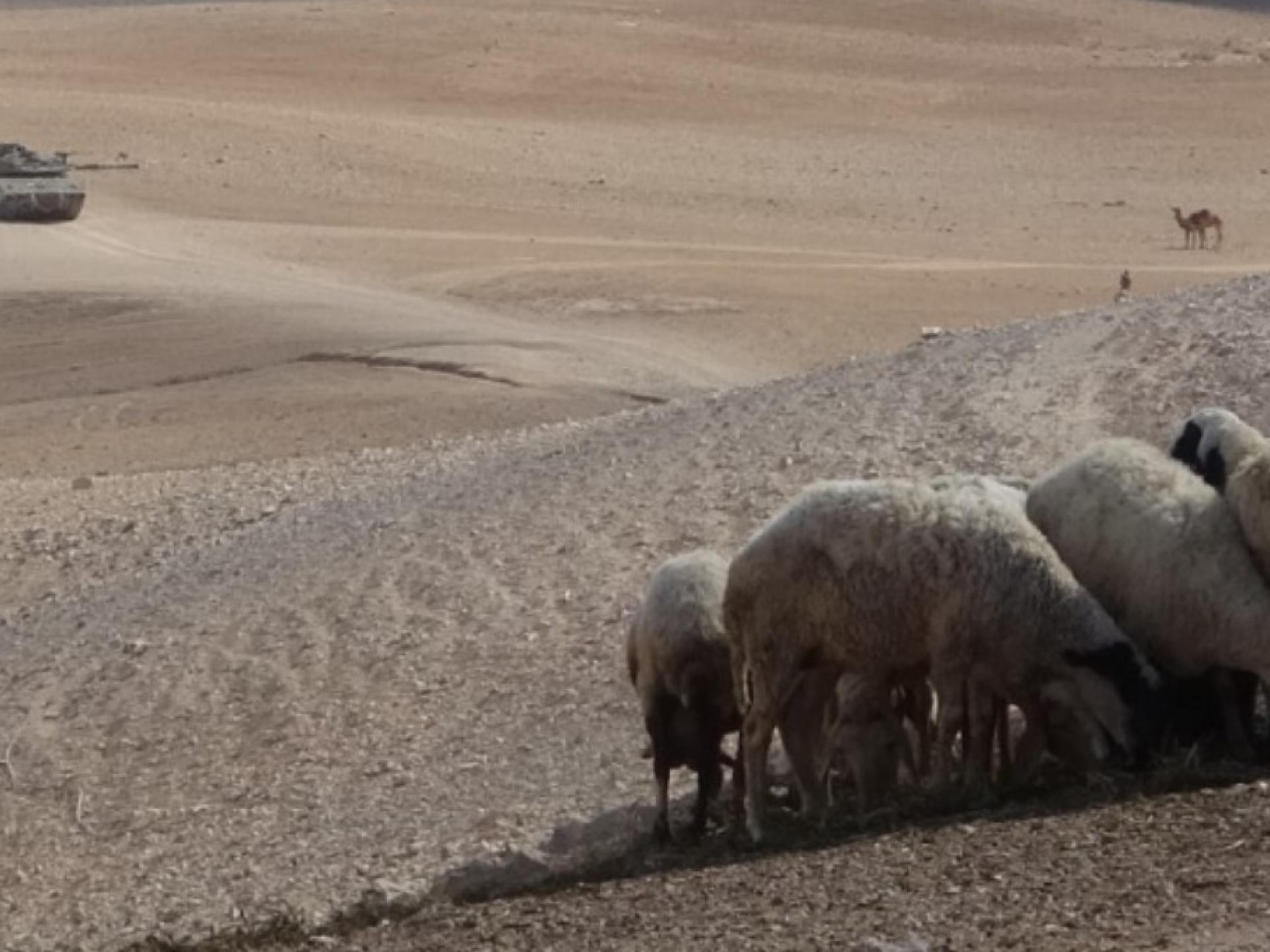