Sansana:
all workers have passed through already by the time we arrive and the last families going for prisoners' visits are being checked up (five busses). The sand tracks works endlessly in their back-to-back method. The parking lot on the Palestinian side is packed.

Road 60
Almost no cars. On the blocked entry-way to Dahariya – many people await taxies.Samo'a: taxies leave and the blockage seems open. The road, previously perfectly-good, is now entirely wrecked – but the taxies pass through anyway and who cares if they suffer any damages – this is only the Palestinians' livelihood.
All pillboxes are manned and gates

are open, but big brother keeps watching over. Past Har Manoa'h, some road works have begun.

Hebron
Josh, the Walla reporter, joined us after he read our report of last week, where we mentioned the Palestinian mother's complaint, that Border Police soldiers show  pornographic photos to Palestinian boys on their cell phones.
After hearing some more such stories, it turns out that, out of mutual boredom, the soldiers and the Palestinian kids developed a kind of game, whereby they exchange such photos between themselves. The soldiers are always the initiators.
The subject is rather hushed, and people didn't want to discuss it for their own reasons, not necessarily out of fear of the army.
Later on, we stopped at a mother-baby

clinic and asked the women there whether the rumors to this effect are grounded – none was willing to comment. Bassem, the grocer, relates the following:

to be seen. Border Police soldiers appear bored. Lots children with empty jags and all sort of plastic containers roam the streets, going to buy the special noon-soup.
Pharmacy CP: an old man is disputing something with a soldier there, saying he can't walk through the CP because he has a heart-pacer. We tells the soldier he gets there daily and the soldier, apparently new to the place, believes him and lets him on with no further ado. The soldier tell Josh, the reporter, that he respects every person at the CP, paying no attention to color, race, gender, etc (this is in response to Josh's question, about how he perceives MW).
At the house where the Civilian Admin. has made an opening for the handicapped child to pass through, we meet the owner, who tells us that, during the summer holidays the door is shut, and the keys are with the soldiers at the CP. The fact that the opening is now shut makes it necessary for him to walk for about 2km in order to reach Hebron center. Almost all the shops in the vicinity are shut since 2001, and people can't make their living. Why aren't the transportation routes open? Obama, please: intervene!
This man has heard the rumors about the porn photos cell-phone games – but he will not discuss it. Next to the CP, a police van stops, asking us where we're heading next.The CP under the stairwell to the Cordoba School: the police detained three boys there – as we arrive, all are released. The soldiers at the CP detain a Palestinian man, but we go on and don't take pause, thinking this might hasten his release.
Tarpat CP: no detainees. The children walk around.
Tel Rumeida CP: shifts change. No detainees. Uphill, in the neighborhood next the HABAD cemetery, we stop the transit and approach some Palestinian families, to talk to them. We also visit the roof top held by IDF soldiers at nights – there are sleeping bags, graffiti on the walls, and the Palestinians tell us that the soldiers go up there every night, making quite a noise. On top of that house, a camera

is set. A 15yrs old girl tells us that each passage at the CP entails the soldiers' comments, but that she doesn't pay attention anymore. While we are there, talking to the locals, a group of soldiers – five in all – arrives with the Palestinian who was detained earlier, next to the Cordoba school, leading them to several places. The other Palestinians tell us he must be an informer, but they don't know him. We're afraid for him, and later see him with the soldiers a bit further below. It turns out he's not from Hebron, but Yatta and the soldiers asked him to show them how he reached the H2 area – have we mentioned freedom of movement lately? In any case, an informer he's not.
The soldiers are very hostile towards us and ask for M., our driver's ID. Josh talked to them at length.
Patriarchs' Tombs' Cave CPs: Border Police soldiers positioned there have detained two Palestinians and requested, in addition to their routine ID check, also their cigarette boxes and the nylon bags they had. In response to our query, we were told that they were searching for drugs and, being Border Police soldiers they're also policemen and hence, allowed to carry out such searches.
We've met an agent from Beit Sahuor accompanied by a Japanese tourist, who arrived from England and he told us the following story about Shadma, in southern Gush Etzion – formerly a military base, currently evacuated and recognized as zone B. The Palestinians, together with the EU, would like to build there an orthopedic hospital and are awaiting some kind of permit to that purpose. The settlers object, and so, organize some happenings there every Friday in order to claim possession of the territory, backed by the army. Therefore, there are weekly hostilities between settlers and Palestinians there.
That's it about Hebron for today.

Road 356
Much heavier Palestinian traffic. On the military stronghold positioned there, most of the buildings were demolished/removed – only a single pillbox has remains, and the cameras, too, have been dismantled. The Palestinians pave a new way to one of the villages in the vicinity. Finally, they can do so, because the blockage was removed.
At the Ziff grocery, we're told that everything is relatively quiet.

Road 317
A new fence is being built or extended around (the settlement) Carmel, next to the new neighborhood. 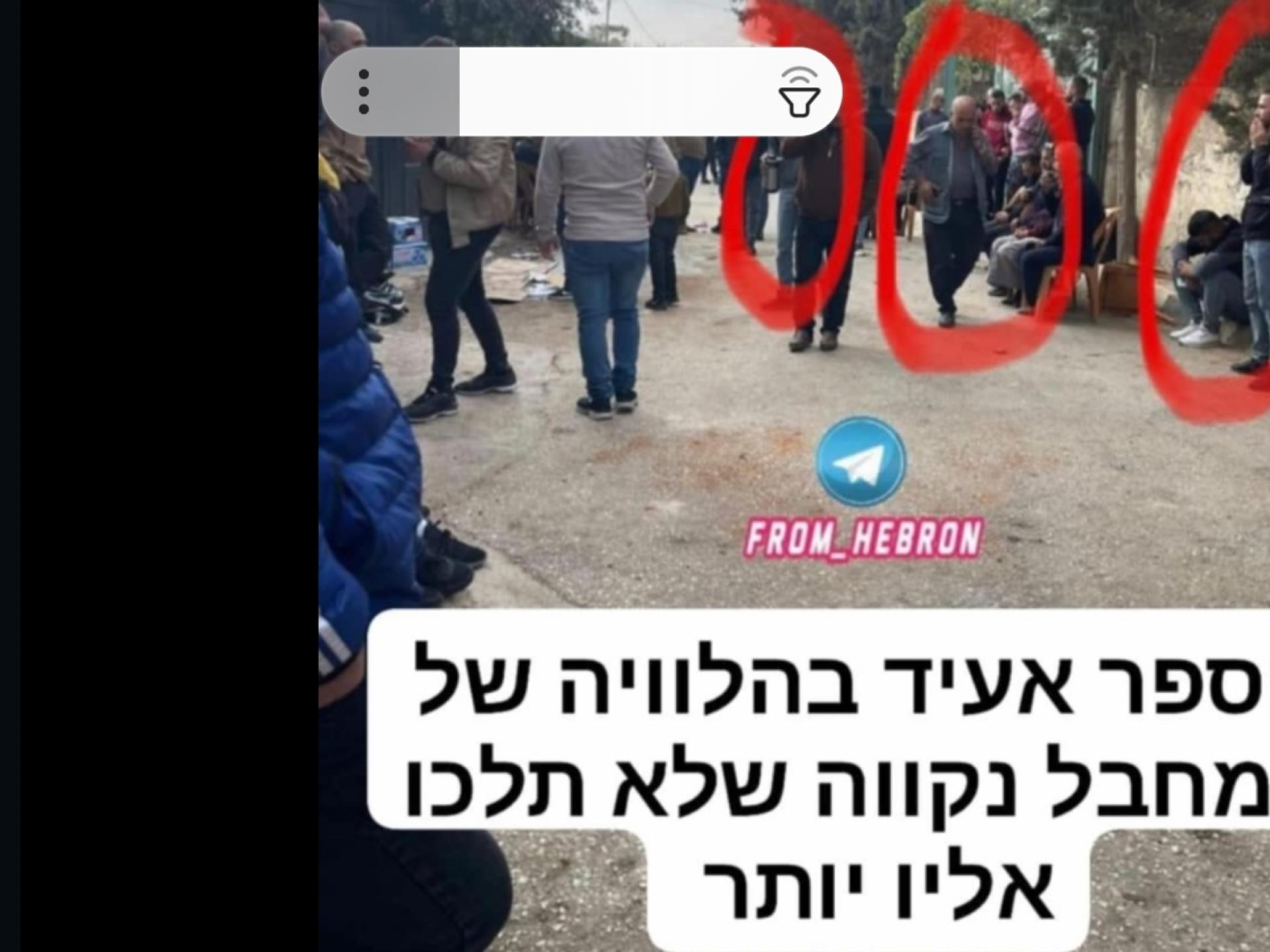 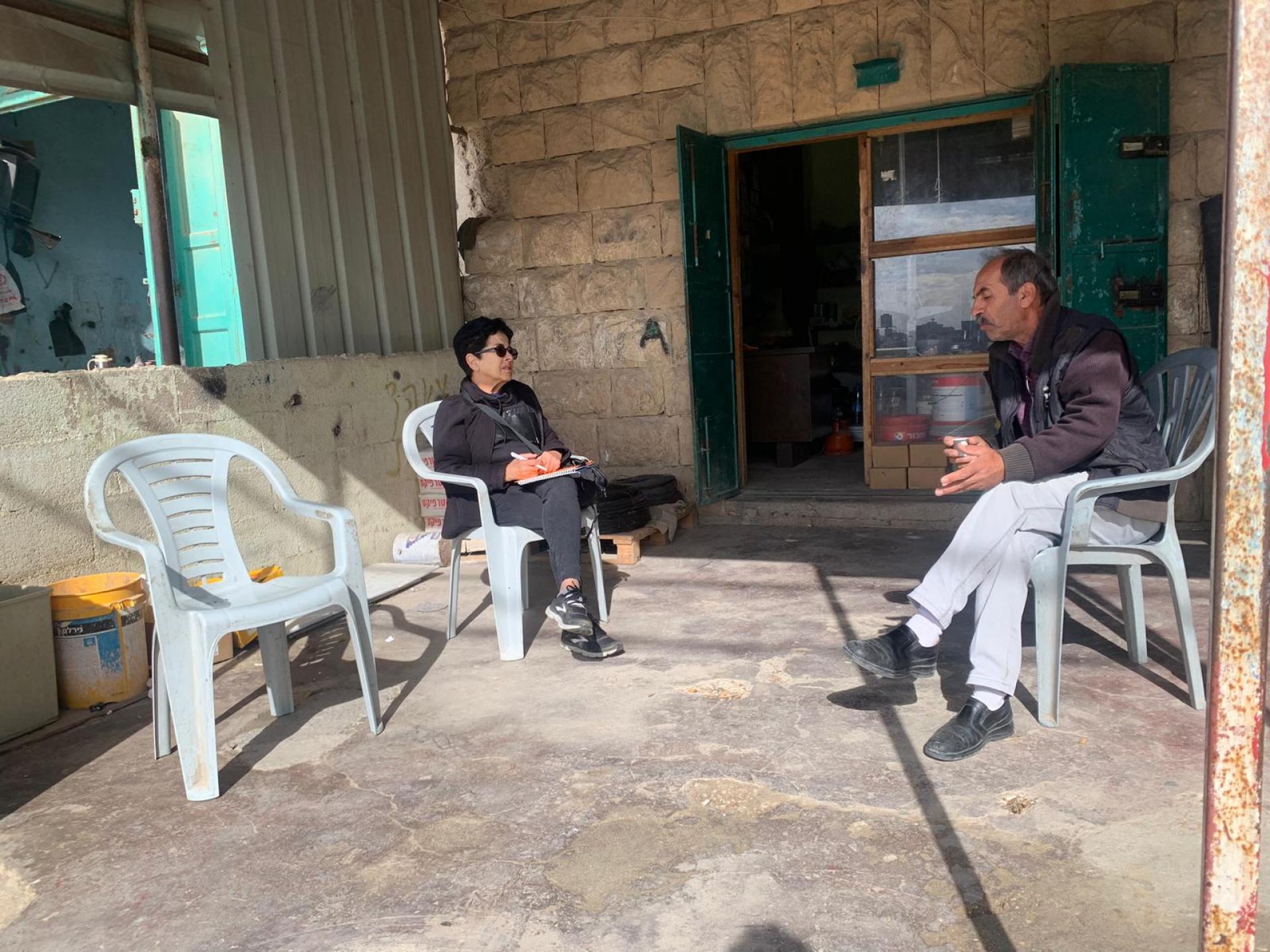