The media termed today "Netanyahu's day," but actually it was the day for our shift in the OPT, a shift that has been altered, not because of any new policy  (that is at least  fathomable) but one that has changed as the rules of Occupation have changed; some larger checkpoints are no more - Beit Iba, Beit Furik. The only point accessible to us at Qalqiliya is also no more. But all the ditches and barricades remain, having forever disfigured the landscape. The leading example of environmental destruction is at Anabta where the new checkpoint has cut a wide swathe into a once pristine valley. An impression of freedom of movement may be given, but it is merely a figment of the imagination or yet another yarn from the Occupier's endless spin. What is clear, as always to MachsomWatchers, are the facts on the ground. Greater use of the so-called "terminals" and fewer and fewer access points to Israel proper for those lucky enough to get work permits. Having discouraged part of the Palestinian population with its violation of freedom of movement, the emphasis seems now on discouragement of those having a semblance of the right to work in Israel. Just as the spirits of pedestrians were dampened from moving from place to place in their own territory, now it seems the Occupier is putting a damper on those who manage still to get permits to work.  What the Occupier knows nothing about is "sumud," the steadfast perseverance of the Palestinians, despite political, economic and physical injustices committed against them. They know that, in the end, they will prevail.

This could be entitled, "how it feels to sail through a former checkpoint." Sure, the concrete positions and the tent like structure on the side are still there - ready for future use at any time. But today, we drive past the former checkpoint and suddenly find ourselves in another world. A divided highway, lined with colorful plant nurseries on either side. Instead of the back of beyond, it looks, indeed, that there is a major city ahead. Aha, but we're not meant to know that and should continue to believe that Qalqiliya is a Palestinian village thronged with terrorists.

Along the road towards Nablus, it seems that, other than continued building of once house in yet another new section of Qedumim, the outpost construction seems to have quieted down (for now). We are not holding our breaths. For Havat Gilad, see today's report on Deir Sharaf

Again, as at Shavei Shomron's new apartheid road, it seems no work is being carried out, although one of the soldiers (again, as in the past two weeks, reservists) tells us, "Yes, there is one man working." It's quiet, and in the heat of the afternoon, a bird can be heard singing its heart out.

But shortly after our arrival, there's a change of shift and change in attitude to us and to the task assigned the occupying soldiers. Whereas the earlier shift, also of reservists, let through all the vehicles trying to get to Tulkarm without any checking whatsoever, the second shift, also of reservists, did their utmost to make things difficult for vehicles, be they trucks or private cars, taxis or vehicles with yellow license plates (Israeli). Immediately a line of eight to ten vehicles is created, and since this temporary checkpost is so near the junction, the line soon extends far beyond it. Not that the soldiers care. Four young men in a car have all their IDs checked, or, rather glanced at by this shift of soldiers in a variety of summer headgear from the sensible to the weird. The line grows to eleven vehicles.

Meanwhile, the new commander saunters over to us and gives us the usual song and dance lecture about where we must stand. He proceeds to tell us, in fact, that the line is so long because of us! Just then, a captain arrives in a jeep, accompanied by a Hummer, ingratiates himself with us and asks us how the shift is doing (as if we're an audit committee)!

14:20 -- on the other side, a car is stopped, its papers checked, not by the soldier, but inside the checking position. Of course, there's a resultant long line as far back as the original checkpoint and its lookout tower until the soldiers have the sense to realize that they should ask the car to pull over to the side.

We make a halfhearted attempt to go through the gate to the village and see what's going on there, but the soldier replies that "it's broken." We did not have the presence of mind to ask for how long this situation has prevailed, but we did wonder whether this was yet another" "story" told to the women of MachsomWatch.

A monstrous regiment of women is hardly a way to describe agricultural workers who arrive at the checkpoint cheerfully, bearing their goods on their heads, and still manage the endless turnstiles at this "terminal" building.

At least, a redesign has allowed for the removal of the "Welcome to Israel" signs, probably left over from the time when Terminal 3 at Ben Gurion Airport was new, and allows us to approach the entry way and see the eight checking booths, only one of which is open at this time. There are a lot of women, returning from their work in the fields, few men, but a steady stream nonetheless.  When a group of six to eight men arrives, there is quickly a build up, and one can easily imagine how things must be when there are many more workers returning. Indeed, we are told that workers never, ever see more than four or five windows open even when the crush is greatest, early in the morning. One of the few Palestinians exiting from Tulkarm at this time agrees that probably the work going on in the back to back area alongside is about to produce a yet bigger back to back terminal. 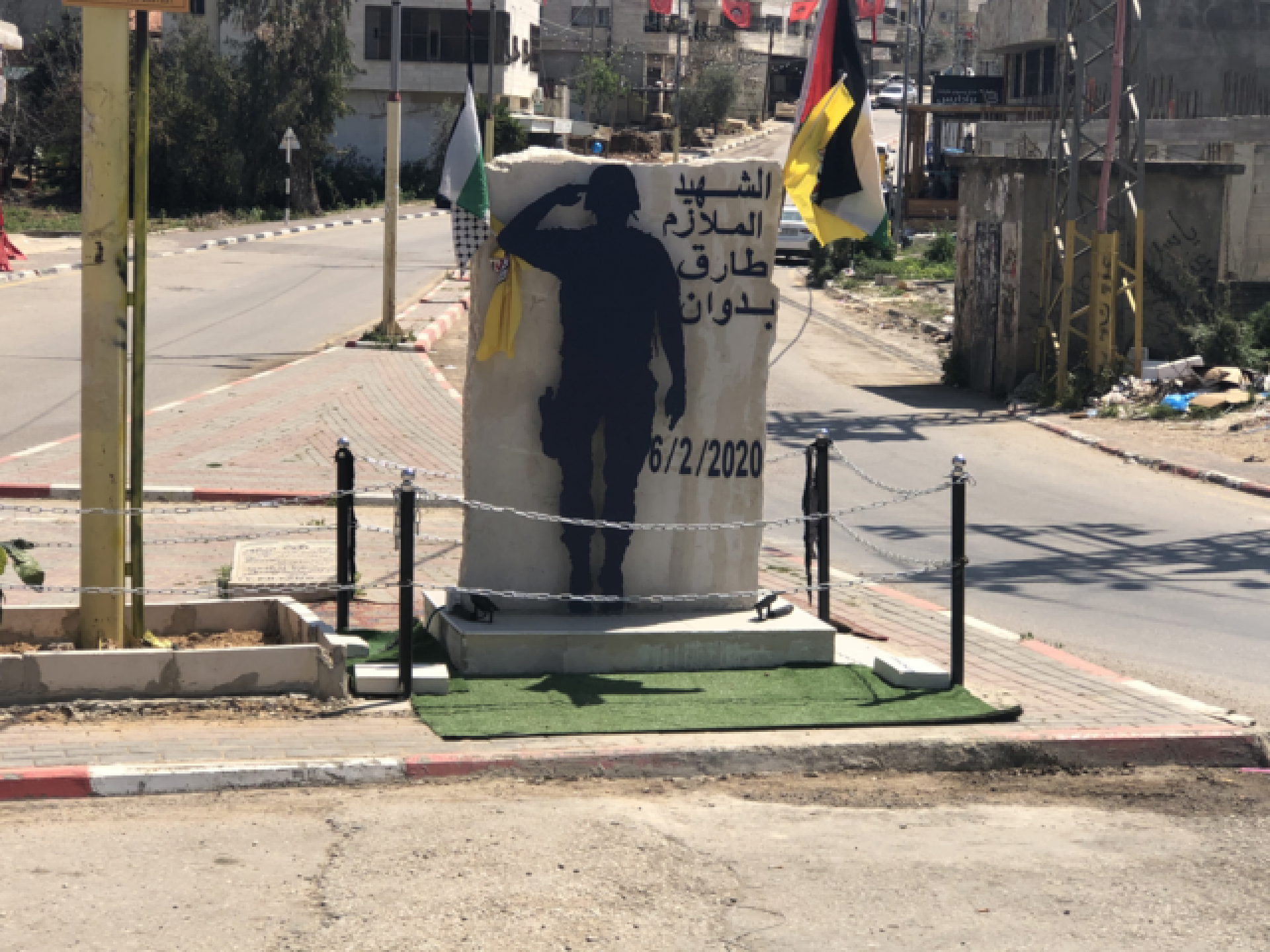 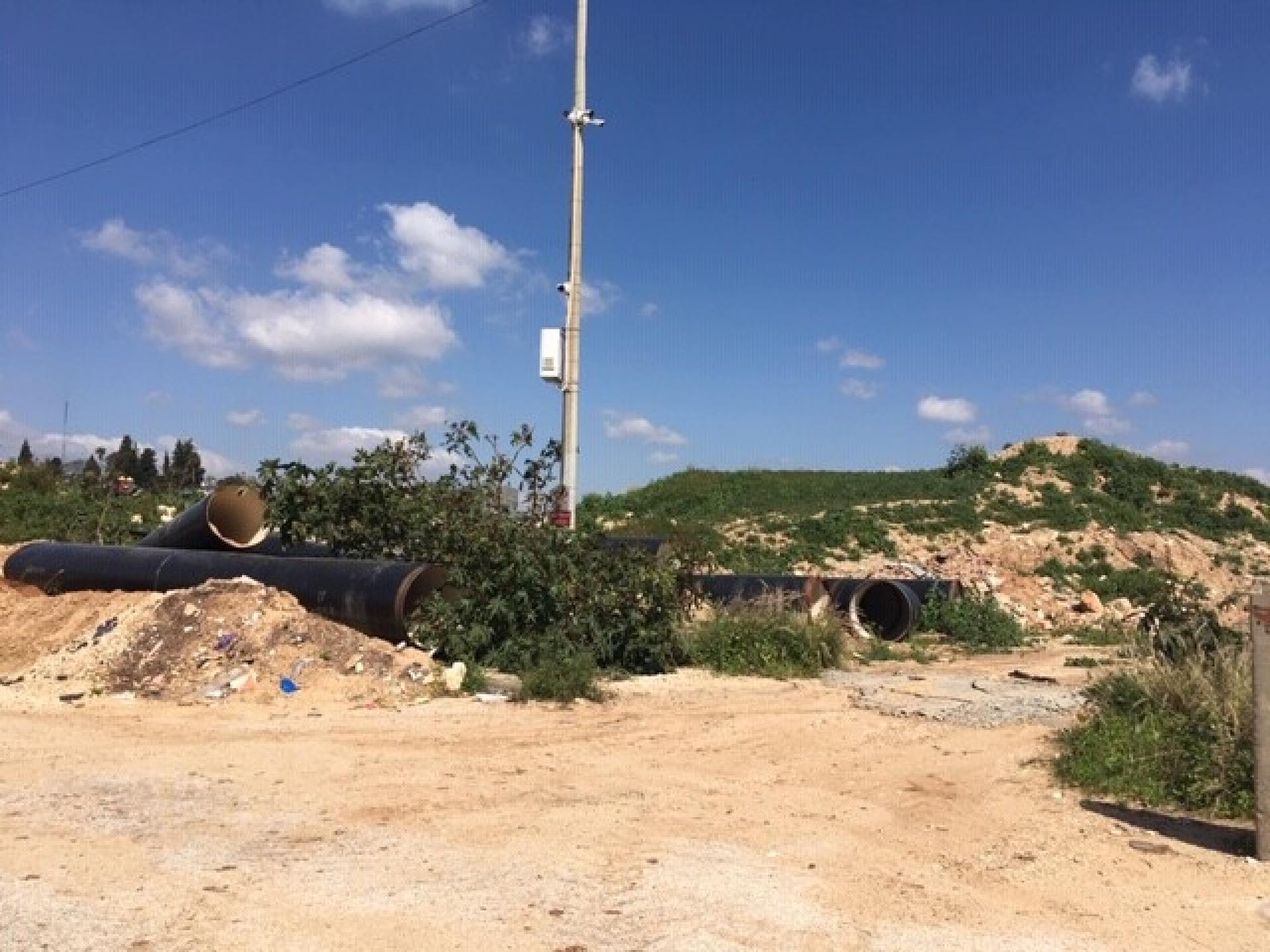 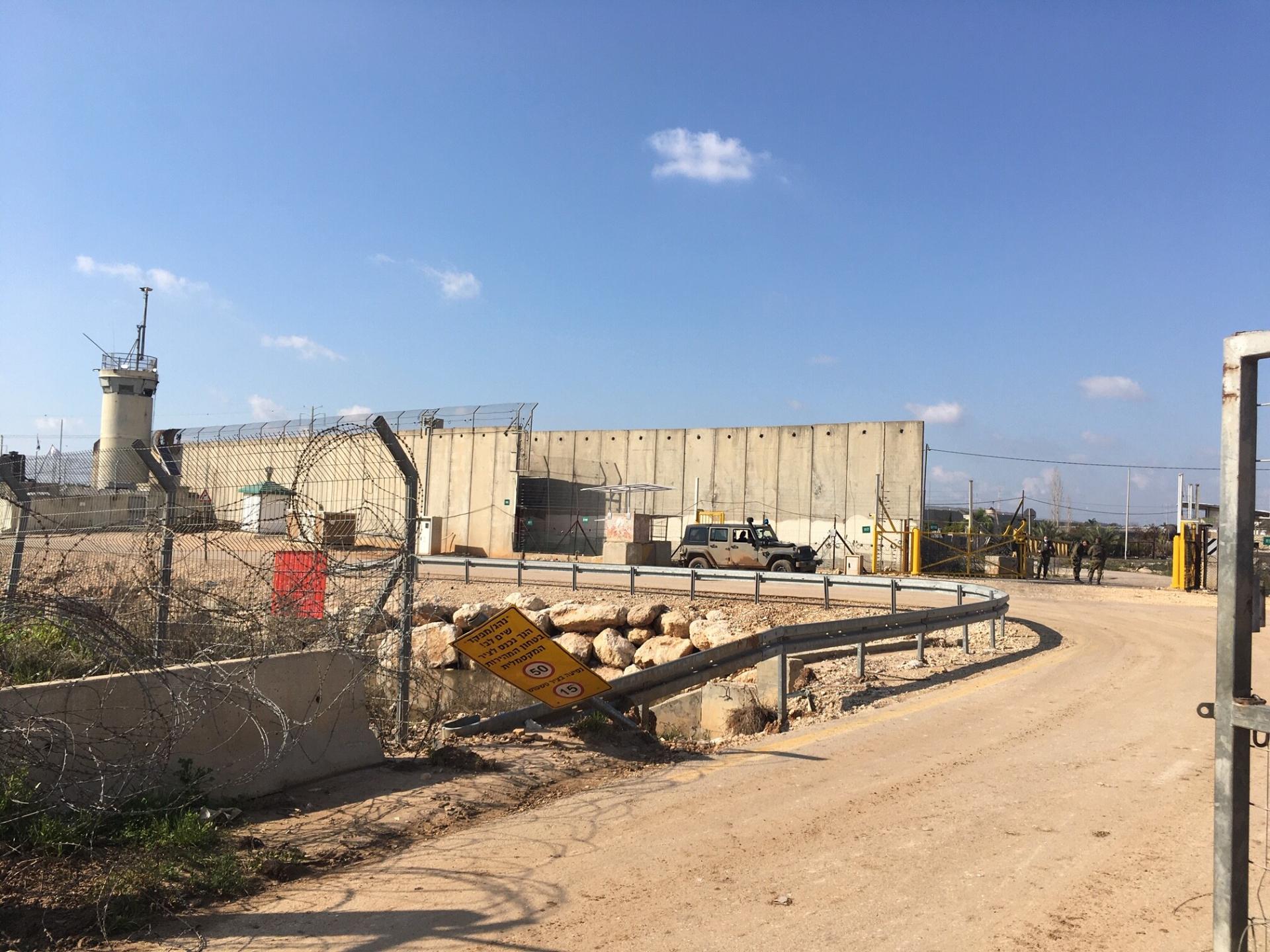 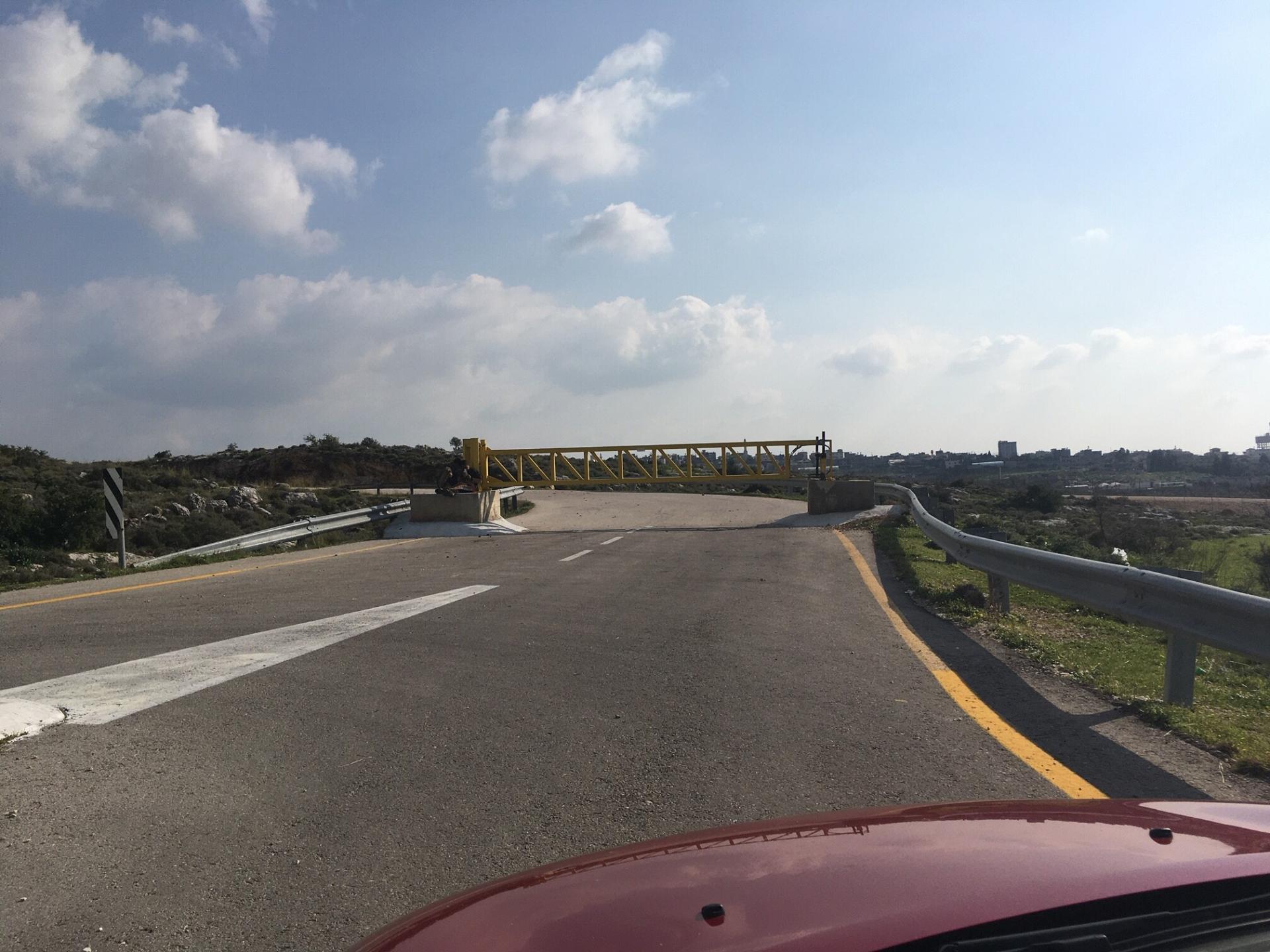 In Alfei Menashe the road to the panoramic view is blocked