Today's Haaretz enlightens the Israeli public (and others) about what's going on in the Occupied Palestinian Territories: "New residents account for one-third of West Bank settlement growth." The newspaper says nothing, of course, about freedom of movement for the Palestinians, nor does it mention the 1500 settlers who were given permission to march to the evacuated settlement of Homesh last week, on Lag ba'Omer, 12.05.09. The settlers had full IDF backing and support. All we knew (or learned) is that there were garish fluorescent Hebrew signs in Deir Sharaf last week at the junction with Route 60, pointing in the direction of  Homesh - but the women of MachsomWatch have no "freedom of movement" to go beyond the new checkpoint: settlers only. Beyond that, we MachsomWatchers are supposed to "bear witness," to speak or write about facts from direct knowledge. We are supposed to be "eyewitnesses," a role that is impossible to carry out at the so-called terminals.

Young men from Qalqiliya can't use this gate since they have no permit: one just wants to receive, from the other side, a very un-agricultural looking envelope. Another young man is not allowed to cross with two plastic bags. Sure, says the soldier, he can cross, but not with the bags. They contain clothes and, horror of horrors, a charger for a mobile phone, "proving" to this army of Occupation that he is up to no good, wanting to "stay here" (meaning Israel, which these agricultural lands are not)! So what, as long as the Occupation is making life more miserable for people, what more can one ask.

12:05 -- a pickup truck carrying pale green evergreens. The soldier asks where is the man's nursery. He waves behind him (there are more than a few in this Seam Zone)!  The man's ID is taken, he waits for "approval."

12:10 -- the tracker tractor arrives and ploughs its way along the separation barrier road, and there's more of the usual traffic - horses and carts, another truck with young saplings. Life goes on....

At the greengrocer whom we frequent, we find there are no local eggs: a new rule, he tells us. Eggs are not allowed to cross the separation barrier (maybe a similarity to Gaza where only 30-40 commercial items are allowed into Gaza, compared to 4000 since the closure

). The greengrocer is quick to point out that it's not the fault of the soldiers  stationed at the gate but of the "higher ups."

Note 1: new Hebrew signs outside the colonies of Qarnei Shomron, on the road leading across country, south, to Ariel, and at Qedumim: "Seminar on the story of every Jew in Judea and Samaria." But we can't tell whether this is an informal gathering on this subject or whether these colonies already have "teacher training colleges" expounding so-called facts.

Note 2: On the south side of Qedumim, a new house is being built (on the day that Netanyahu is probably telling Obama that no such thing is happening in the West Bank)! On the opposite hill, the Israeli flag still flies, and there is some kind of underground or imitation Bedouin style existence, in Hebrew, certainly taking place

A lot of fast moving Palestinian vehicles, mainly private cars and taxis, on their way to Nablus. From Nablus, every second or third vehicle is made to stop by the two soldiers standing at the bedraggled flag bedecked position on the north side of the roadway. IDs, we can see from our far away vantage point, are taken by one soldier and perused, or called in: who knows? Three minutes of wasted time in a journey for the many passengers inside. Two Israeli SUVs are sent back: they cannot go further today, as it's Sunday, not a day where Palestinian Israelis are allowed into Nablus.

Single file Indian style is the norm here today. Happily, there aren't many vehicles on this extremely hot day. The work seems to be progressing slowly, oh so slowly, at this about to be bigger and better checkpoint. Meanwhile, the inconveniences for drivers from Tulkarm or those wishing to go to the city are part and parcel of Occupation. One side has to wait as the vehicles in the opposite direction make their meandering way along the in process checkpoint. Happily, never more than six or seven in either direction.

We stand outside the wire fence and listen to Palestinians, standing inside one of the series of turnstiles needing to be negotiated, even before human, or so-called humans, are met inside the building (access to us forbidden). Several men call out to us that they have been here for several (three) hours, trying to get inside to receive a renewal to their magnetic cards at the DCL office in the "terminal" building.  Nothing has moved, nothing happens, and it's very, very hot.

We make phone calls and try to facilitate this horrible process. A loudspeaker shatters the stifling heat, a disembodied male voice, soldier or private security guard, who knows? The voice goes on and on in 1984 style: "There is no DCO here today, I don't know what to say to you.... the DCO is not here...." Finally, after five minutes of such earsplitting cacophony, he announces that "only entry to Israel" can be accepted. A couple of young men now break loose from the others waiting, still, for permission to enter the building to try to get new magnetic cards. "They will be let in... now it's full" is the response we get from a call to the DCL office. We relay this news to the waiting men.

A second phone call to the DCL office is responded to after thirty minutes, by which time we're at the "terminal" of Eyal outside Qalqiliya.  "We let in 80 people a day. That's it." So, what are we, as monitors and observers of the scene, to make of this set of data which conflicts with that received, also from the DCL, a short while ago? Of course, it's all part of Occupation, but what kind of comfort is that to us, and even more important, to the Palestinians trying to eke out a living by trying to come to work, legally, in Israel?

What is in no doubt is that we are not monitoring anything, instead we are reporting hearsay and realize that this is what the Palestinians have to live with - day in , day out.

The buses waiting for workers to emerge from the terminal wait patiently in the boiling sun as the filth around seems to become ever more permanent. Conversations with taxi drivers, waiting for rides, or conversations with a woman waiting for who knows what after treatment at Beilinson Hospital, tender us with what kind of information? It is not clear. What is certain is that we gather little from direct knowledge and a lot from hearsay. 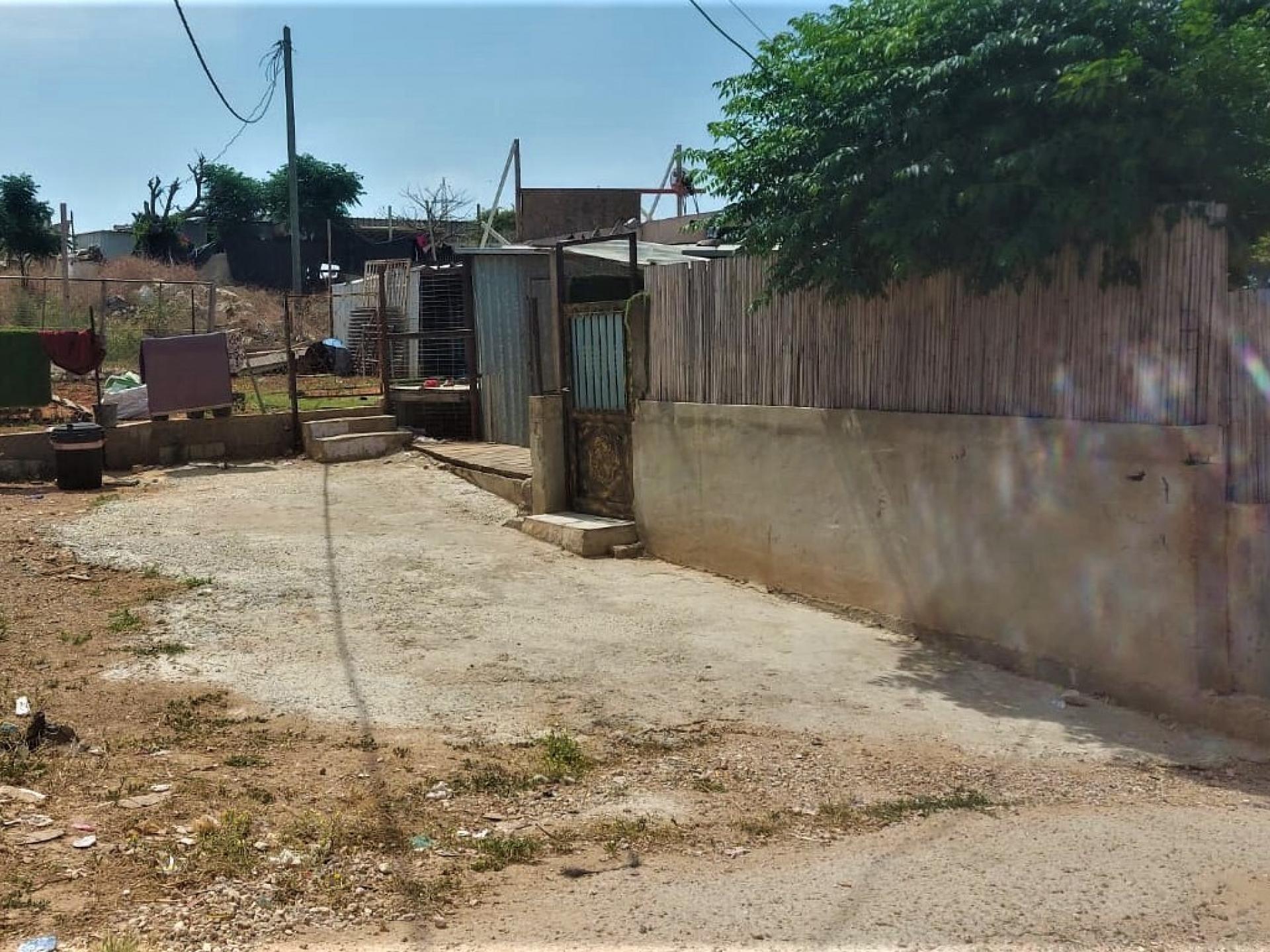