Where Were We in the Rough Elections of 2019? | Machsomwatch
Skip to main content

Where Were We in the Rough Elections of 2019? 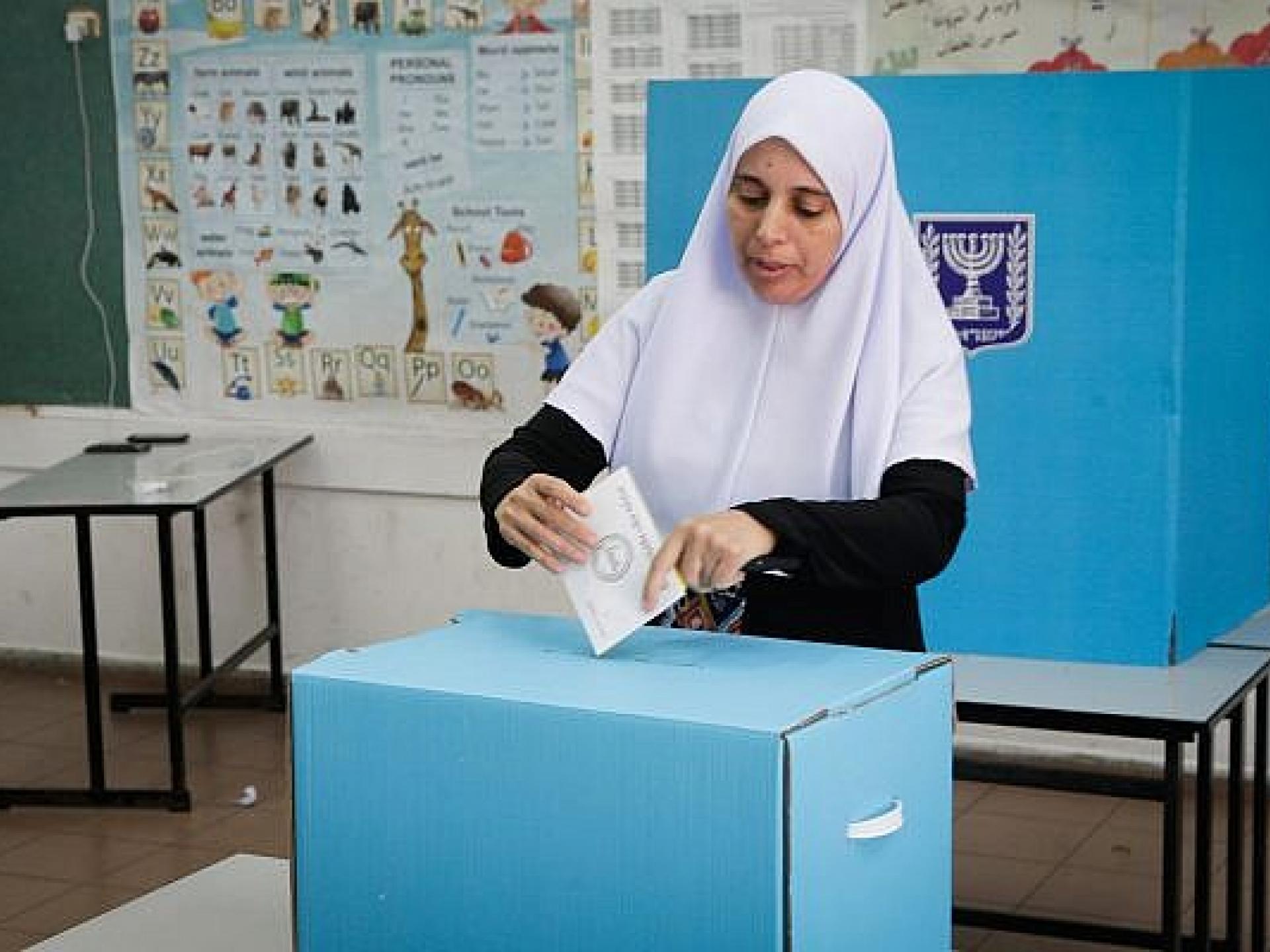 The Right to Vote
Photographer:
Haaretz

Israeli democracy is going through a tough rite of passage this year.

Two elections were set this year by our Prime Minister.

By force, the parliament’s majority-imposed decisions that paralyze the democratic spirit.

In two previous election campaigns this Prime Minister led a fear and deterrence crusade aimed at left wing organizations and especially at the Arab public in order to reduce the number of voters from these communities. In the April 2019 elections this incitement was accompanied by the presence of Likud volunteers at Arab polling places on election day.  They were armed with cameras, in an effort to deter voters from coming to their ballot boxes and voting. The situation led to organizing efforts to protect the voters themselves and to help maintain fairness at polling locations.

As the repeat election of September 2019 loomed, civil society organizations and volunteers from all over the country called out to voters of the opposition parties to volunteer as members of election committees and observers at local ballot boxes.  Requests were made for contributions to help fund and help drive voters who are unable to easily reach their ballot boxes.

The civil voting guard organized volunteers at the polling centers.

Since there are no polling places at the unrecognized Bedouin villages in the Negev nor any available public transportation to get the voters in these communities to the far-off voting booths. Zazim,  a campaigning community for social and political change,  launched a campaign to finance bus transports from the villages to the ballot boxes as it had done for the April 2019 elections. Women volunteers from the entire country, including from MachsomWatch women, drove Bedouin women to ballot boxes since they are not permitted to travel with male drivers.

Members of Omdim Be’Yachad, a volunteer peace organization of Arabs and Jews, active with Machsomwatch in the Negev Bedouin villages, organized a central meeting place and local contact persons for the volunteer drivers and the Bedouin families.

Two days prior to the elections, aiming to undermine this initiative, the Likud Party petitioned against Zazim claiming that only political parties are allowed to organize transport to the voting locations. This petition was accepted by the Central Elections Committee, and reorganizing was required!

Instead of Zazim’s transport system, more women from all over the country were called upon to reach the Negev on election day and raise the transport system. Sikiu contributed computer expertise in order to register and coordinate volunteers to a central meeting point.

Buses were also sent by the Joint List Party.

On election day, over 200 women volunteer drivers from all over the country showed up at the central meeting point and were directed to pick up Bedouin families. Twelve of our own members were volunteers and enabled Bedouin women to vote.

Hagit B. and Ariella S. visited two families, some of them already pointed out and besides the joy of the reunion, there was no need for a shuttle to the ballot itself; Yvonne M. volunteered to drive women along with an Arabic-speaking friend, and visited one of the unrecognized Bedouin villages; Nina S. was sent with her daughter to drive two young women whose village is 15 km. away from the ballot box in Tel Sheva. At their local school, close to their home, no ballot box was opened at all.

Other MachsomWatch volunteers served in various polling locations as members of local ballot box committees or as observers on behalf of opposition parties.

The precise and exciting picture of election day was given by Dr. Ye’ela Ra’anan, a Machsomwatch and Omdim Be’Yachad activist at the +972 website (provided here in Hebrew only)

What is Special About the Volunteering Project in the Negev?

In the entire country, Jewish Israelis voted for Arab parties as a sign of solidarity and declaration of wanting a shared life. More and more Jewish Israelis see Arab citizens as significant and equal partners in life here.

.The civil volunteer system worked most effectively both in giving legal instructions to the volunteers themselves, and in the processes of placing and suiting the various voting posts, thus contributing to the purity of the voting process 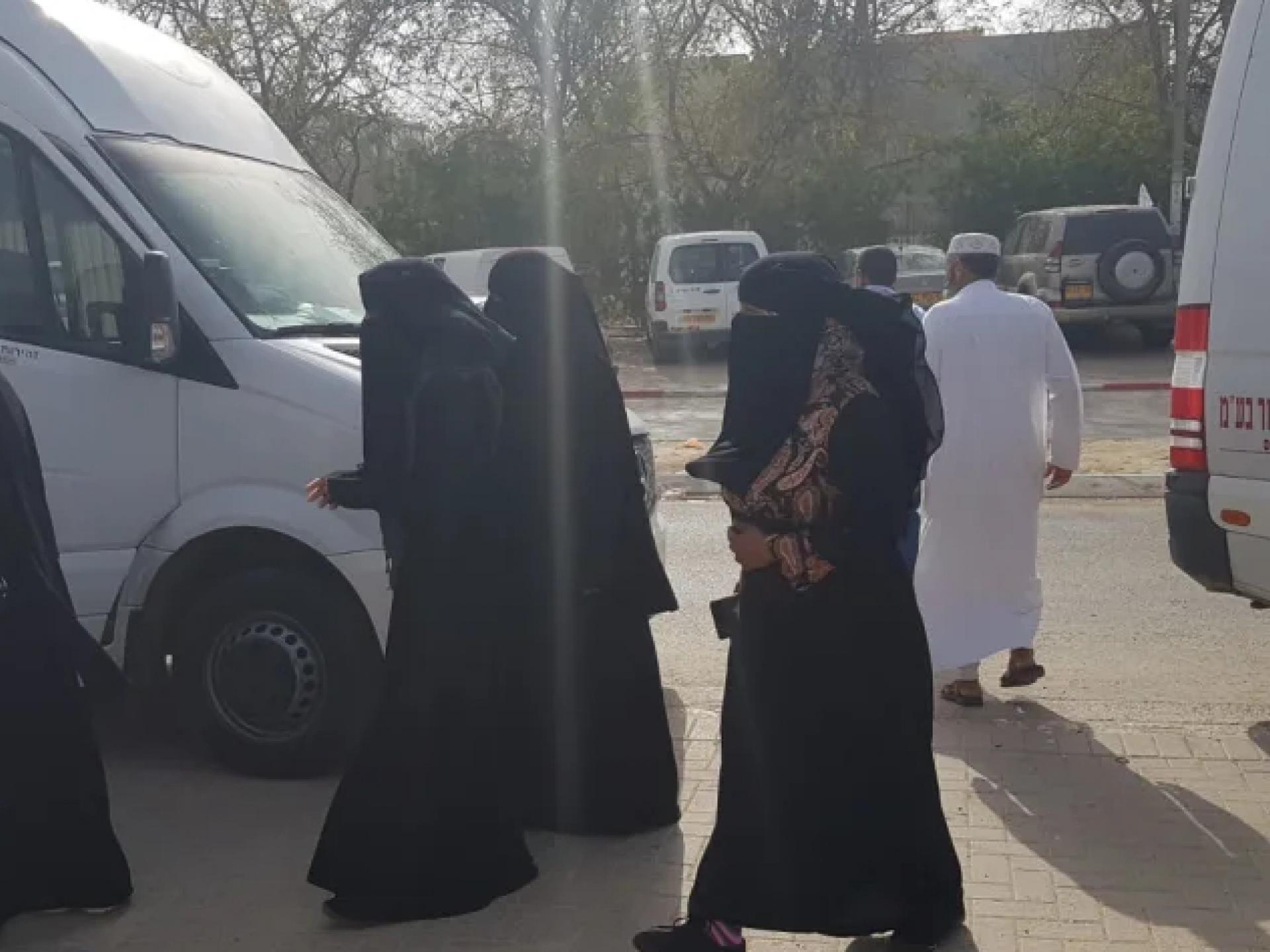 Beduin women on their way to the polls
Photographer:
Eetta Prince-Gibson/The World
Donate
Tour with us
Q & A
Join us
Our reports
Military court reports
The gate Keepers