New ‘Terminals’ at the Bethlehem and Qalandiya Checkpoints

Two major checkpoints at entry points to Israel have been significantly upgraded: Qalandiya Checkpoint, north of Jerusalem, and Bethlehem (300) Checkpoint, blocking entry into Jerusalem from Bethlehem, Hebron and the South Hebron Hills. Crossing these checkpoints is now faster and more efficient, involves less contact between Palestinians and Israeli security forces, and is based on electronic identification. What hasn’t changed is the bureaucratic barrier of the permit system – complicated and draconian – requiring a special permit for every kind of entry purpose. Indeed, a large part of the West Bank’s Palestinian population is not permitted to pass through these checkpoints and benefit from their upgraded status.

The Bethlehem and Qalandiya Checkpoints have been major points for our observations ever since we began our monitoring activity in 2001. It is there that we first observed the daily confrontations and inhuman conditions experienced by people needing to pass through at checkpoints.  The hardships persisted and worsened through the years.  Our work extended to monitoring many other checkpoints and barriers but the Jerusalem checkpoints remained central to our activity.  Recently, the Bethlehem and Qalandiya checkpoints were rebuilt and modernized to become 'terminals.' 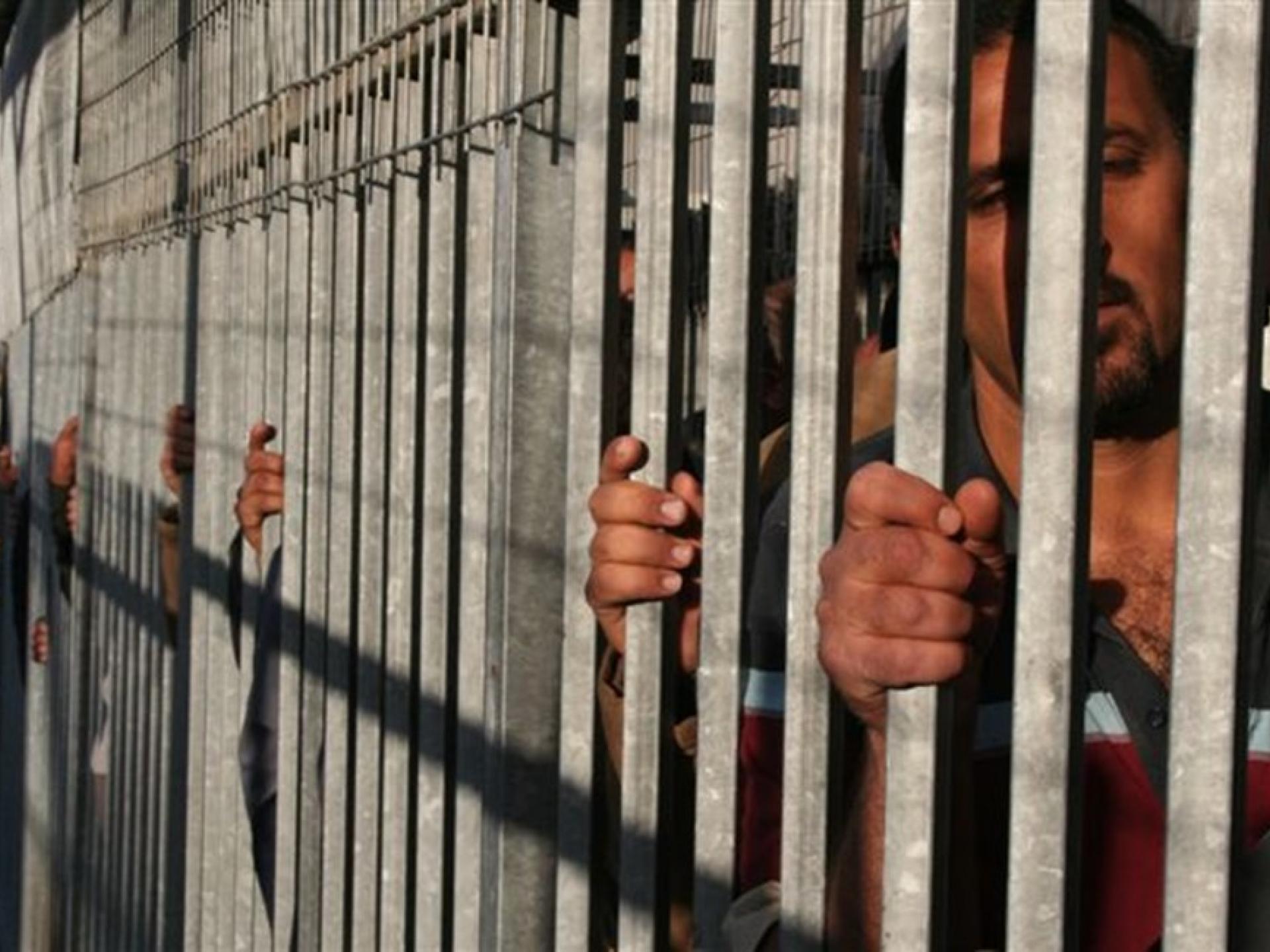 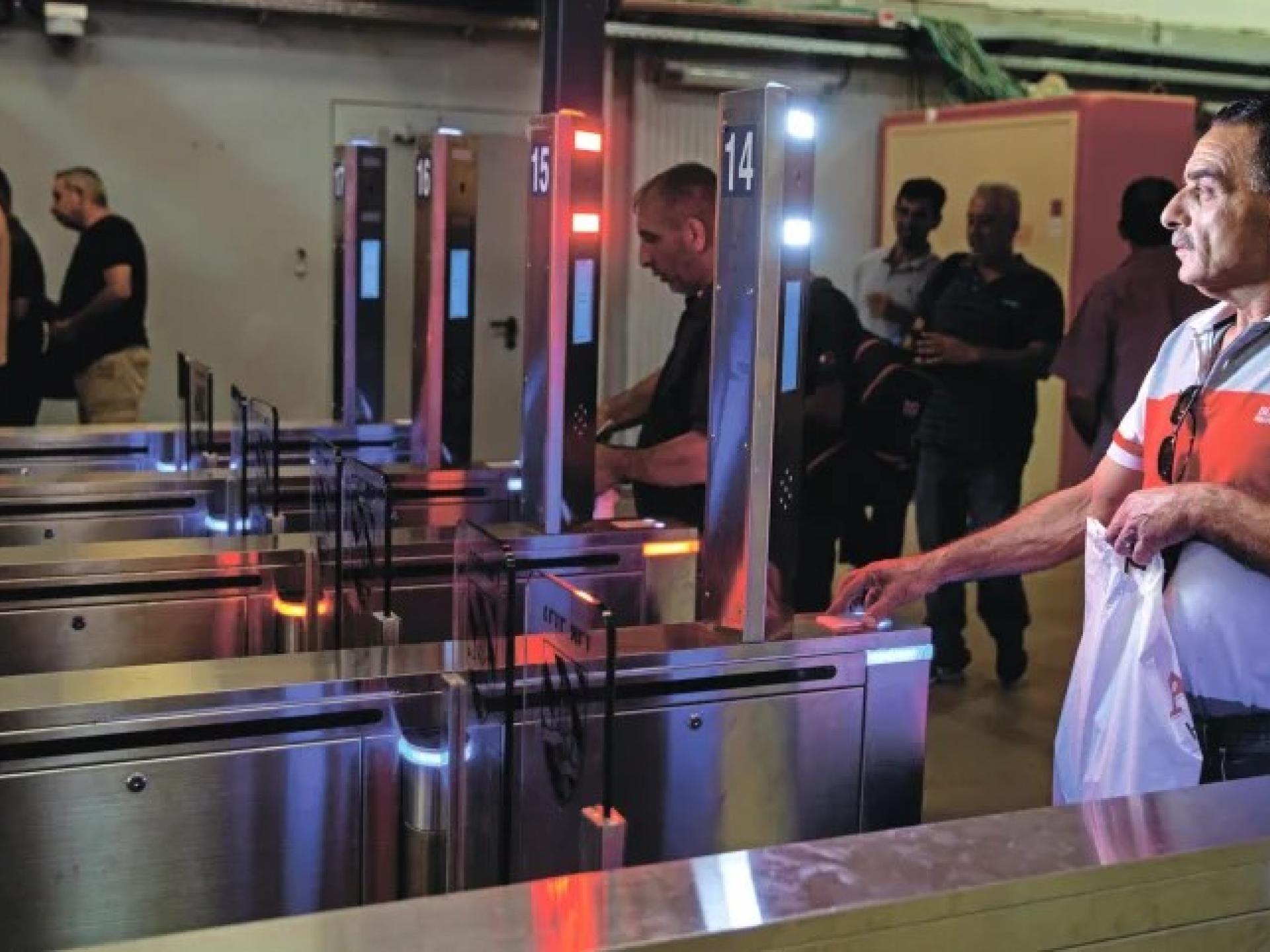 Years ago, the first provisional checkpoint to undergo a 'facelift' was Bethlehem (Rachel’s Tomb). At that time, the old concrete blocks on the road were removed and in their stead a building arose, in the style of the well-known Sing Sing Prison. Many of our reports described this checkpoint with soldiers patrolling the scene  on overhead walkways with pointed weapons - while below the 8,000 workers, students, the sick, and people headed for worship tried to get to their destination. They would arrive in the wee hours of the night in order to secure a place in line. One could never know how long the wait would be– an hour, three or five. The crowding was unbearable. People were often injured, fainted and some died. The situation worsened with the passing years. 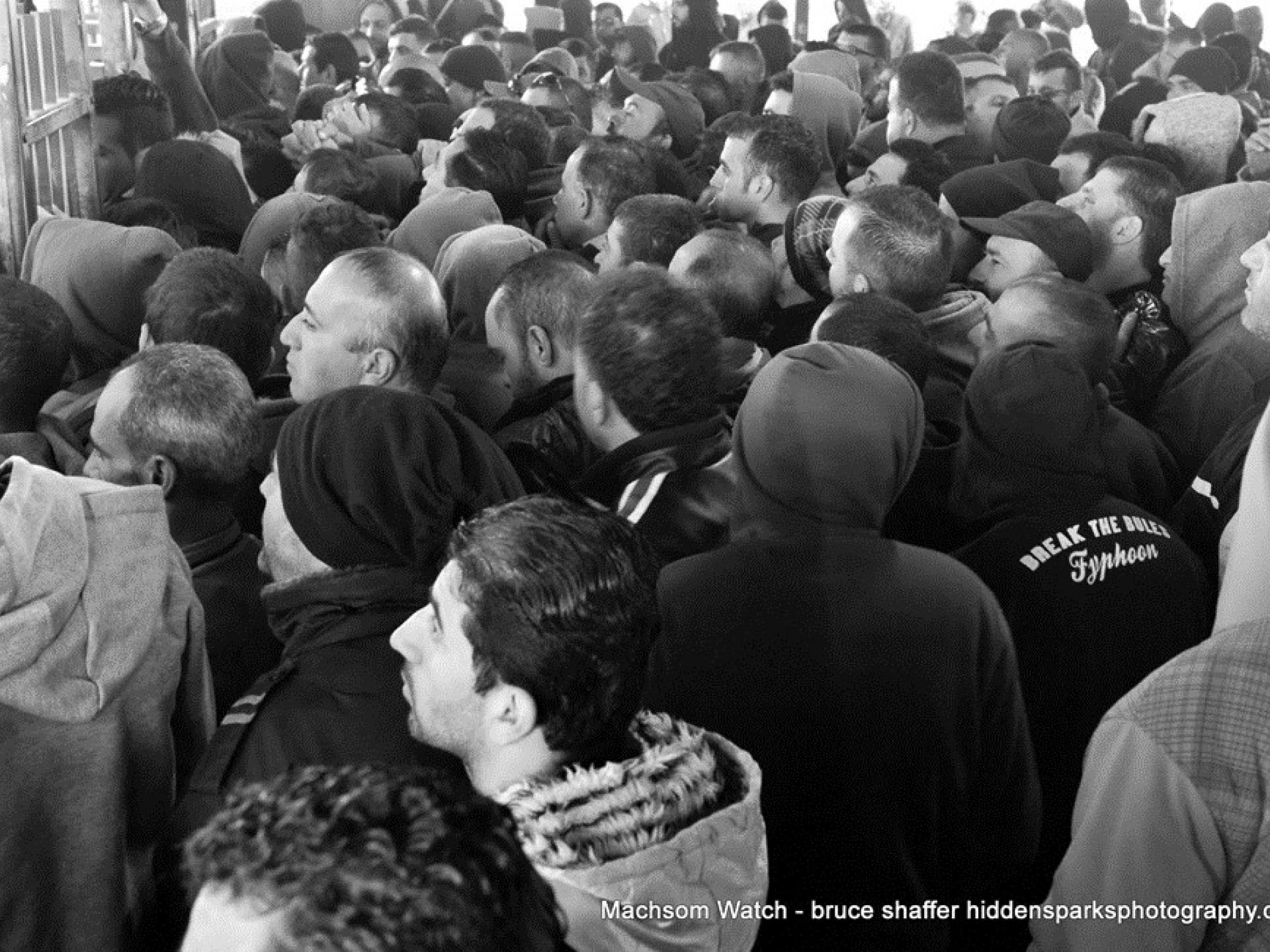 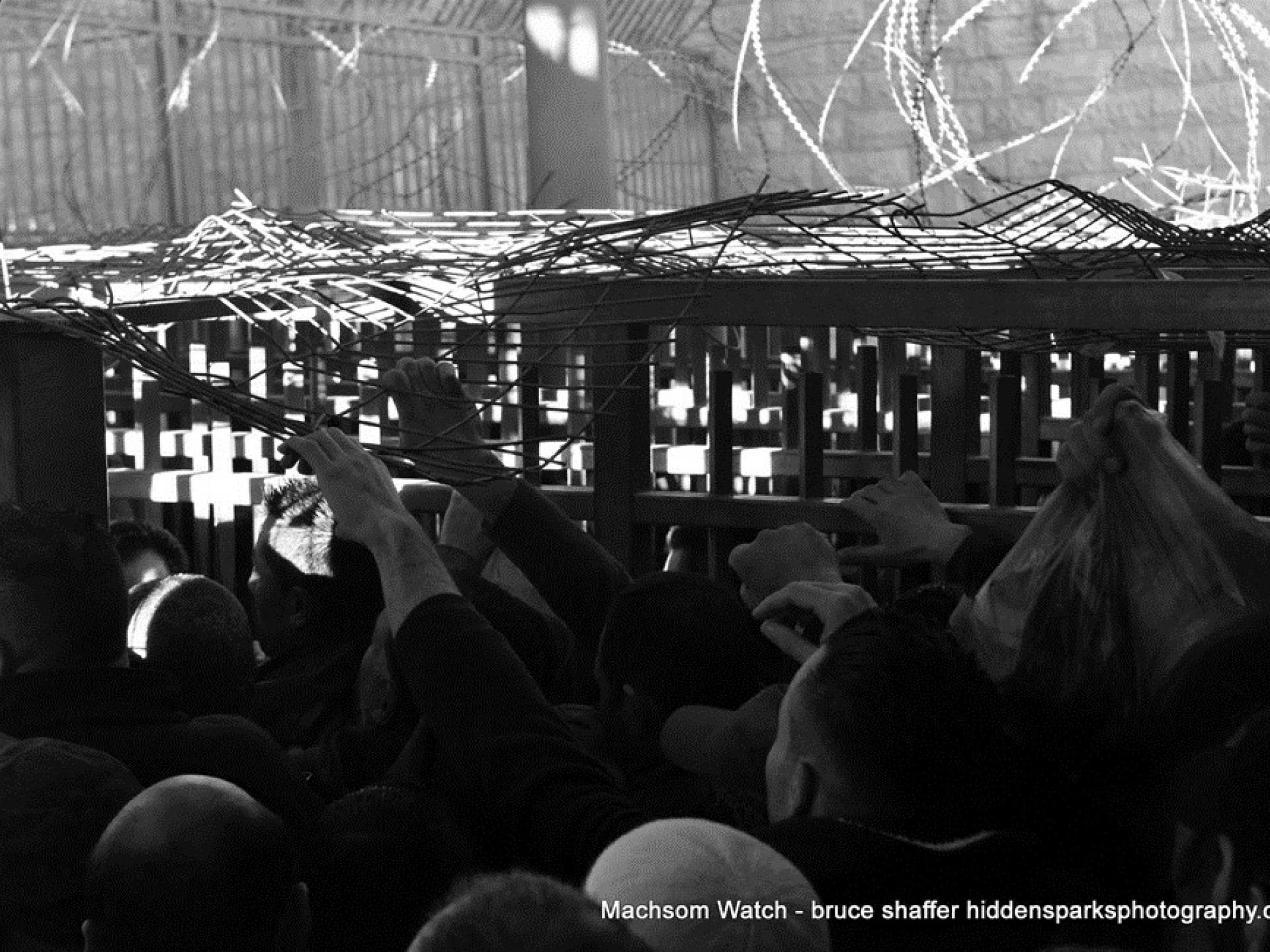 Qalandiya Checkpoint began as an improvised inspection point and turned into a permanent checkpoint in 2001, its purpose was and is, to restrict the movement of Palestinians from the Northern West Bank into Jerusalem. As the Separation Wall around Jerusalem was erected, this terminal expanded. On an average day 9,000 Palestinian cross Qalandiya. In the face of the severe crowding and in order to ‘maintain order’, ‘cages’ were erected, narrow passages that were always reminiscent of livestock corrals. Waiting lines extended for hours and conditions were unimaginable and unbearable. 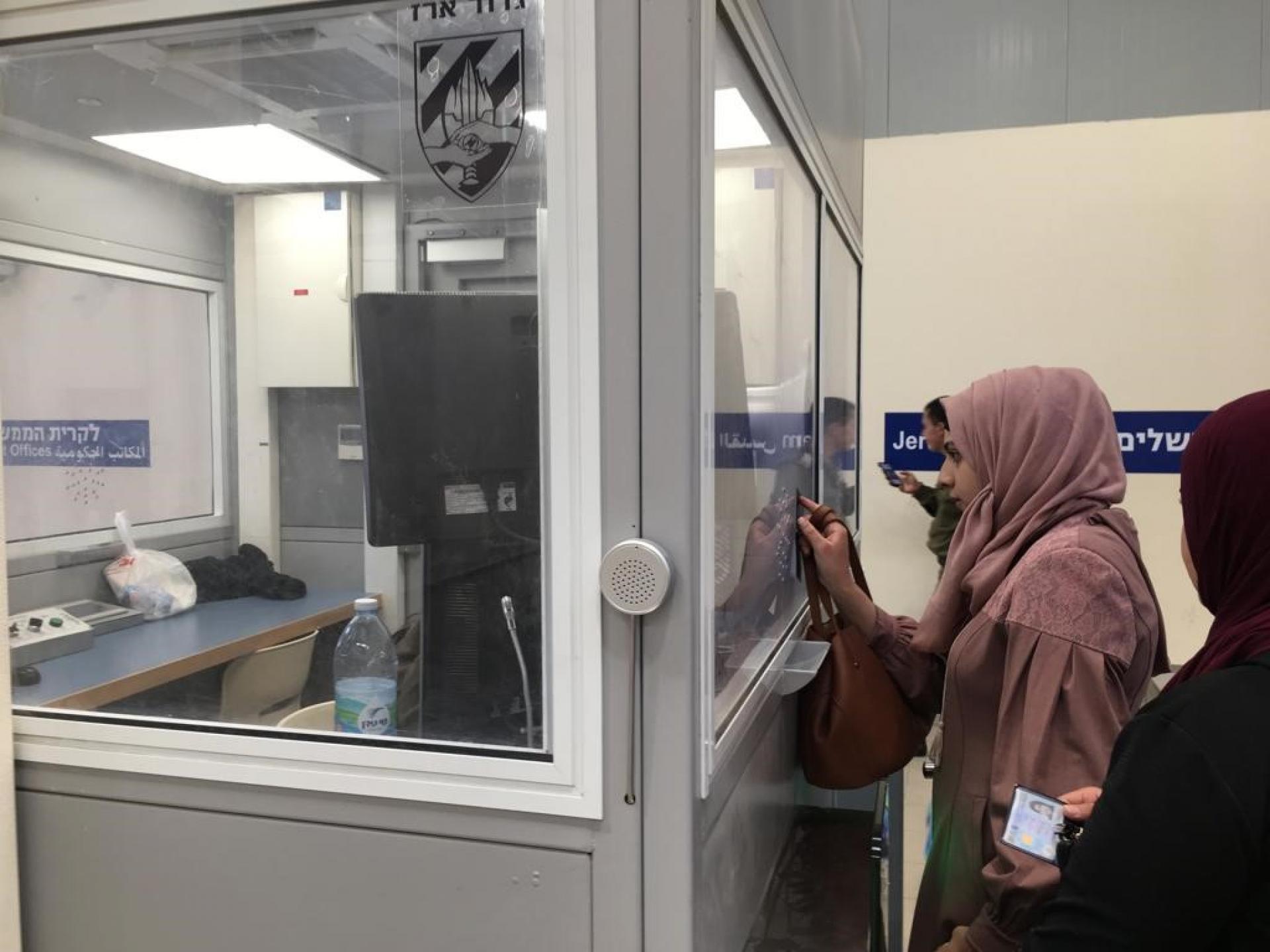 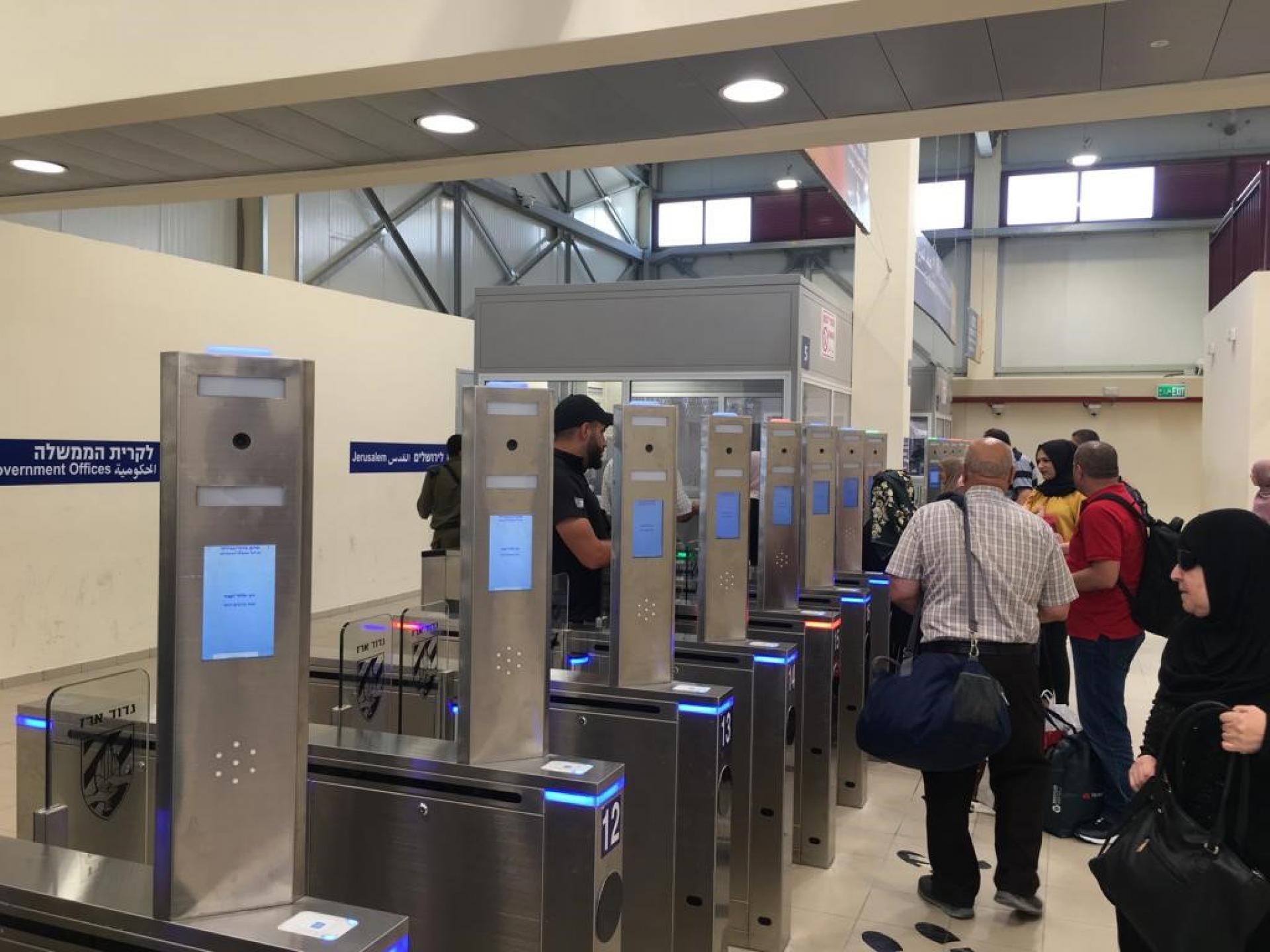 Over the years MachsomWatch published hundreds of reports on the desperate situation at these checkpoints. Many diplomats and foreign correspondents also crossed these checkpoints and reported on these conditions throughout world. Israeli employers complained that their Palestinian workers arrived exhausted after having to wait for hours to cross the checkpoints.  Pictures of the ‘cages’ appeared in the press time and again.

All our complaints were answered with the promise that  an ‘international terminal’ will be constructed on the Qalandiya site and passage will be swift, “just like at an airport”. The promised construction work extended for years, and finally, in 2018 and 2019, two 'glamorous' checkpoints were opened in Bethlehem and at Qalandiya. Now, crossing is swift; there is no face-to-face contact between Palestinians and Israeli soldiers and physical conditions have greatly improved. A sigh of relief is heard from Palestinians crossing there: “The Messiah is around the corner”…

The Civil Administration invited all the Who’s Who to visit and view 'the new wonder' and the public relations apparatus went into full swing. “All’s right with the world.” They only forgot to mention one thing: the facelift at these large checkpoints is only a visible disguise for the main barrier restricting Palestinian movement: the permit system. In order for them to leave the occupied territories for any purpose whatsoever, Palestinians need a permit (permission to enter Israel). The required, tedious and  bureaucratic system for obtaining permits is no less rigorous and exhausting than lining up at the  old checkpoints.

About half-a-million Palestinians are blacklisted, that is, they are denied permits and prevented from exiting the occupied territories. All these people cannot 'enjoy' these wondrous 'facelifts'. The improvements at the terminals have changed nothing in their lives. Patients, students, laborers, worshippers -  all need to tackle the cruel and unbending set of bureaucratic barriers of the permit regime.

Indeed, two physical checkpoints have improved significantly as gateways to Israel, but behind the scenes, a life-oppressing system violates the most basic human rights of the civilian population of the West Bank, most of whom cannot even dream of reaching the new terminals.