Hanna Barag, now in her 80s, first visited the Qalandiya checkpoint, a few kilometres from her home in Jerusalem, in 2001. She experienced what she now describes as “a tremendous shock”.

Today, 16 years later, she is one of the key activists in MachsomWatch and the recipient of the 2017 Yeshayahu Leibowitz Award given by Yesh Gvul. Hanna was honoured for “her ceaseless activism against the occupation of the West Bank and her unrelenting struggle for peace in the spirit of the teachings of the visionary Professor Leibowitz”.

At her talk at the Leibowitz Ceremony Hanna recounted:

“When I joined MachsomWatch and Yesh Din many years ago I did not envision how the struggle against the occupation and a persistent quest of the rights of human beings to a life of dignity and freedom, would become the hub of my own life. Gradually this struggle has become my identity – I was drawn in.  When I retired I planned to get up late regularly, have coffee and lounge in an easy chair reading all the books I had always planned to read and never had time for. Then I met Judith Oppenheimer and my world changed. She told me about a monitoring shift at the Qalandiya Checkpoint. Until that very moment I had never heard of the place. I knew very little about the occupation, and certainly nothing about the checkpoints. Suddenly my blindfold fell off and my daily routine was completely transformed.” 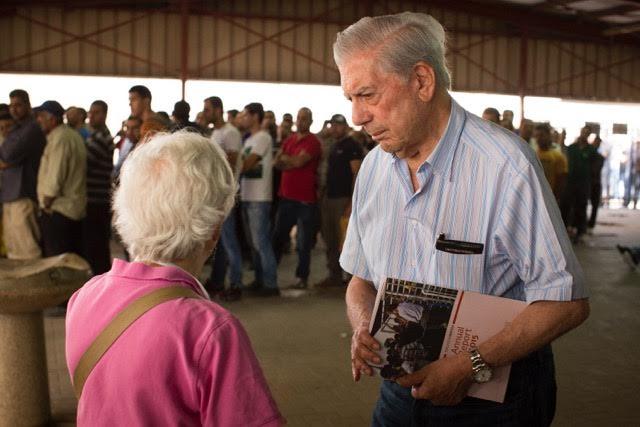 Today she describes her role in MachsomWatch as a kind of a human-rights "diplomat" for the organization, liaising with all the relevant authorities, including the IDF and the Civil Administration, in order to solve problems for Palestinians whose rightful freedom of movement is abused. Hanna has dealt with thousands of desperate situations caused by the Occupation and its draconic bureaucracy. Those who contact her know that if she thinks their case is plausible, she will try to bang on doors until a solution is found for their problems.

Some examples of the many cases Hanna has worked on:

Beyond Hanna’s skill in negotiating the bureaucratic hurdles of the Occupation, lies a simple empathy for those who are in trouble, like the seven year old handicapped girl in one of the tent compounds in the Jordan Valley, limited to crawling only.  with her MW colleague Shuli Bar, managed to arrange medical evaluation and then surgery and rehab in an Israeli hospital. Two years later, this child is able to be upright and walk with the aid of a walker.

When she was in her early twenties, Hanna served as David Ben-Gurion’s (Israel’s first Prime Minister) secretary. This, alongside her military service experience of working for the IDF Chief of Staff, helped her to get MW cases presented to the authorities: “I realized,” she says, “that because of my background I had an opening — and we needed it, but the results were not immediate. It took us ten years to have a sense that someone was listening.”

And she reveals: “…My own vocabulary expanded.  Strange terms like tatsrih (permit, both work and entry), Shabak-blacklisted, police-blacklisted, DCO (District Coordinating Officer), bridge-blacklisted (Palestinians denied passage abroad through Jordan), back-to-back —    as well as such pearls of wisdom such as: ’This is my checkpoint

!, Get lost, have someone else take care of you’!’ or ’What have you got there, a baby or a Kalashnikov?...’ We quickly learned the language of occupation and injustice’…”

“You know,” she reflects, “once I went to a meeting with some of the highest commanders in the West Bank — and the most senior officer turned around to me and said: ‘Hanna, you seem to know the West Bank better than me’. And I replied, Yes, I do. Because we  in MW go there in our cars and we talk to the people and we go into their villages and we stand with them at the checkpoints; We go to their homes, drink coffee with them …we see how they live. And we know that they are human beings just like us — they want to live.”

Barag is quick to admit the complexity of the MW activist line. “I must say that mine is a disturbing position. I often feel that what I am doing is improving this Occupation, which in reality I came here to end, and to demonstrate against. I think we are treading on a very, very thin line there, the line between bettering the Occupation and fighting against it….”

But nevertheless, she stresses: “The decision to get out of my easy chair, shut the book and go out into the field, touch the actual distress and suffering of people for whom injustice is their daily bread, was a moment of no return. Those encounters are the source of our ability to face the ostracism, hatred and humiliating tagging that Israeli society assigns to human rights organizations. We are increasingly regarded as traitors, along with all the other preachers who break the silence, film the injustices, write and document them, defending us from ourselves…”

She concludes by saying: “I think I am very patriotic. I am much more patriotic than people who keep silent. I think this is the most patriotic thing a person can do here. I am not doing it for myself – I am doing it for all of us!”

Hanna Barag is quoted and portrayed from the following sources: