Freedom of the Sea | Machsomwatch
Skip to main content

Freedom of the Sea 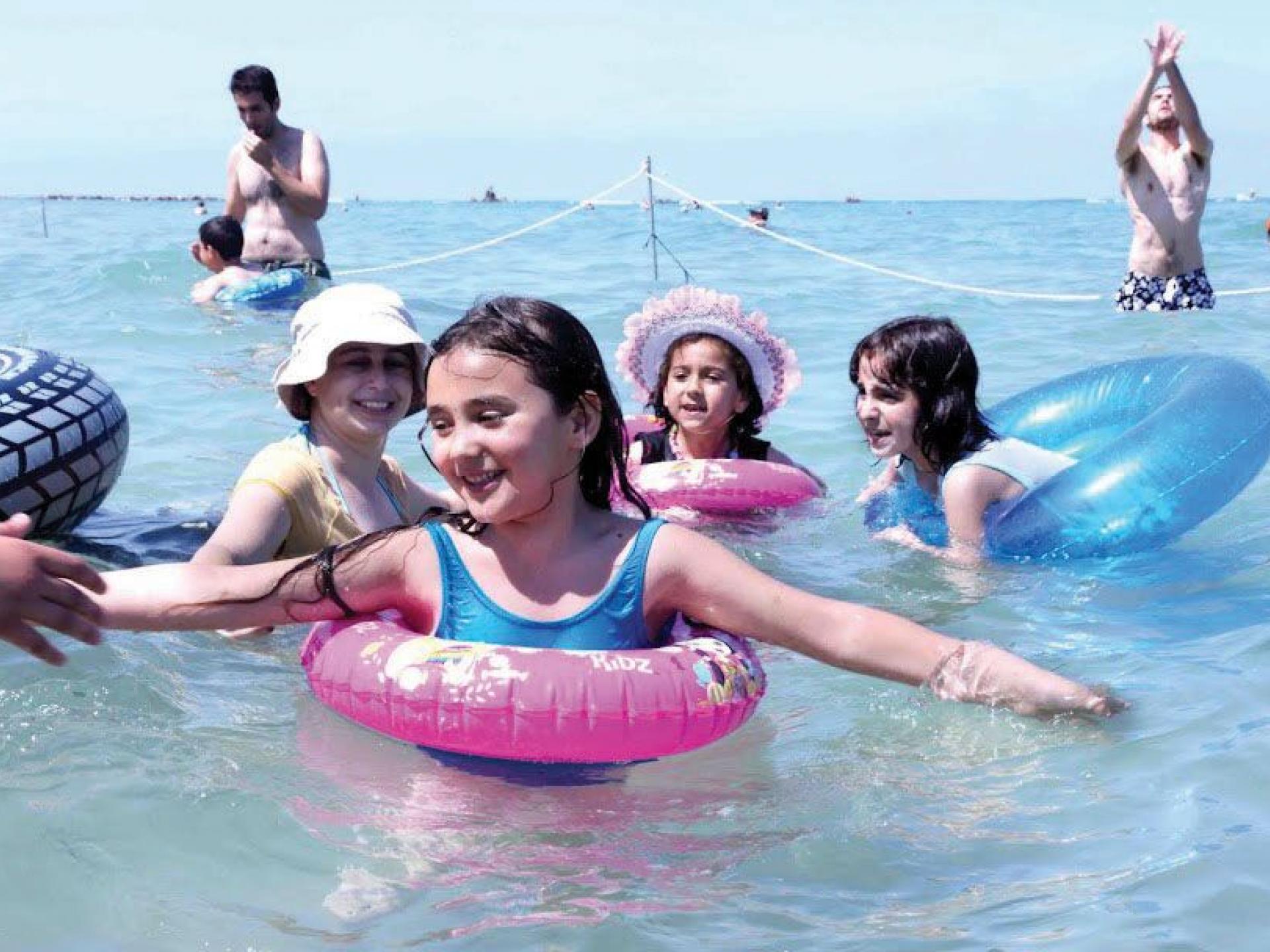 “Sometimes I wish that all the Arabs would be thrown into the sea, and then all the Jews and anyone else who wanted to join. After a swim they would all come out and eat watermelon and ice-cream together, and it seems to me that the world would then be in a better place.”  Yair Osherov, Minelbahar volunteer – Sea Days for Palestinian Children.

The summer of 2017 marks the 11th year of this   project, which provides a day of swimming and fun for Palestinian children from the West Bank and their mothers, many of whom have never been to the sea and have never swum in its waters, have never ridden the surf or built a sand castle.  From 15 participants in the first year to 1400 participants annually in the last 5 years, 24 groups from villages in the West Bank now travel to the sea each summer.

The project was founded by a small group of women who are members of Machsom Watch, and has been run by them with the help of many dedicated volunteers. Though run and funded independently it enjoys the full support of MachsomWatch both conceptually and practically. 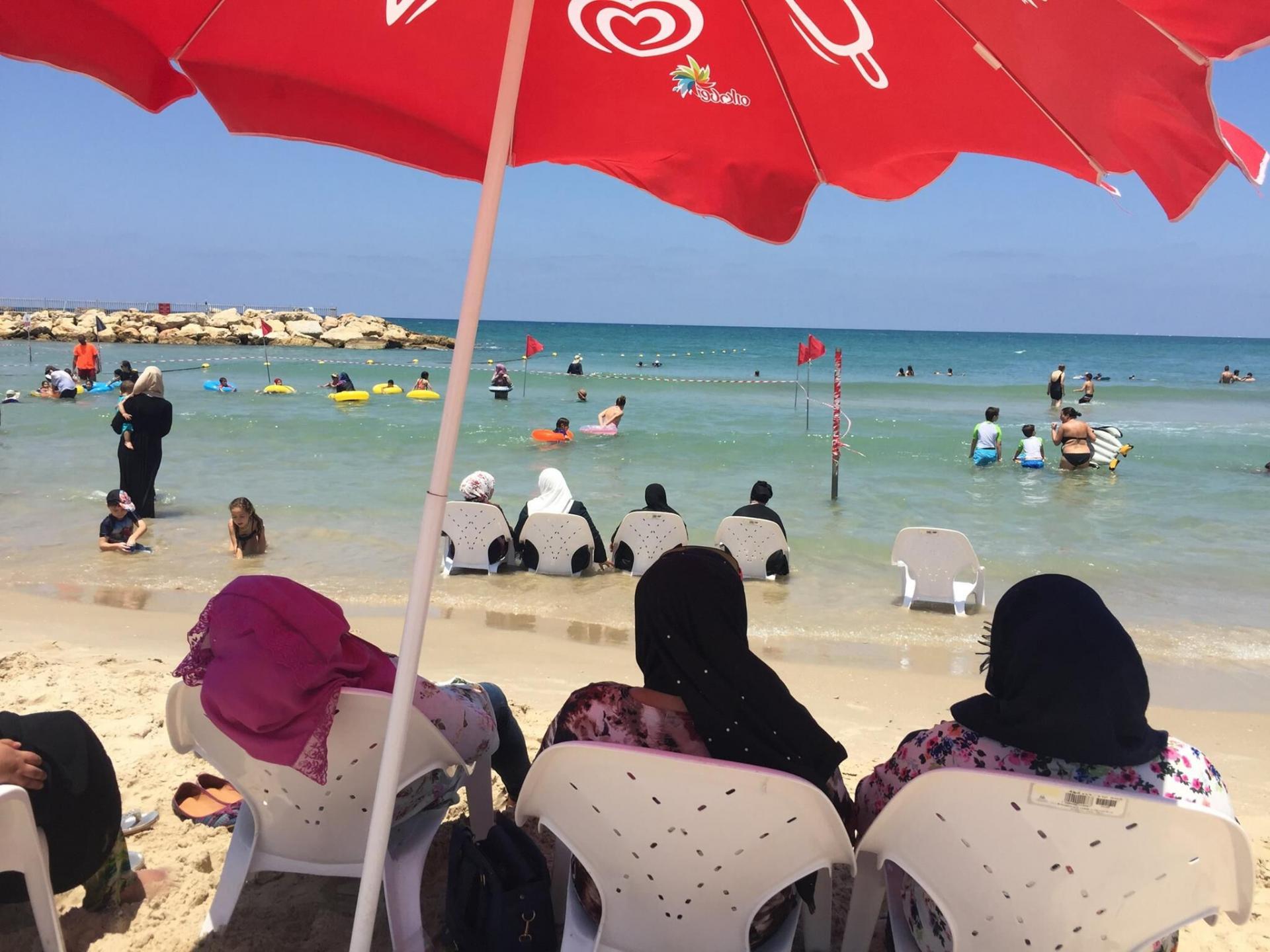 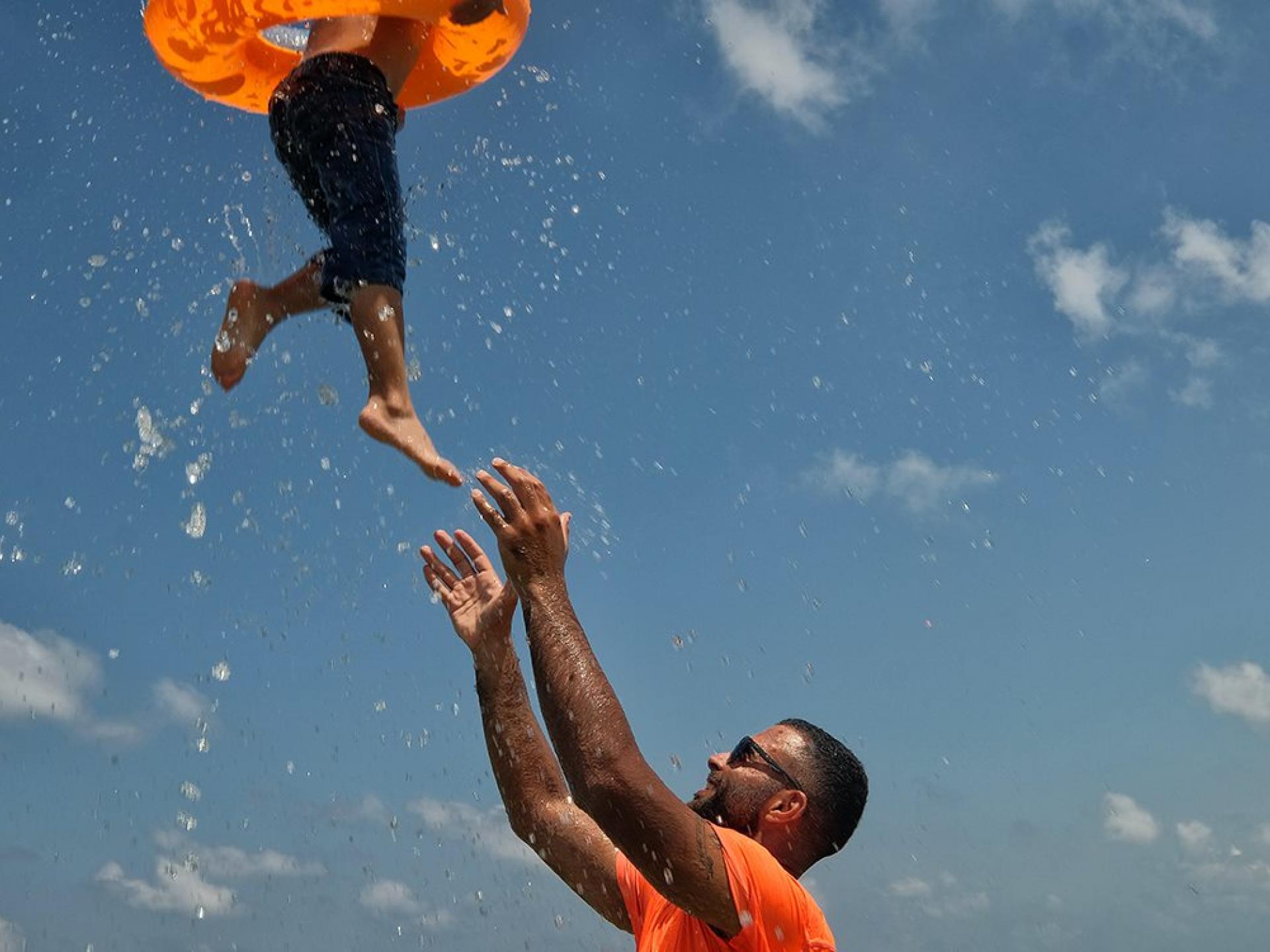 So much fun!
Photographer:
Orna Naor

Read the report by one of the dedicated project volunteers:

Freedom of the Sea

And then one day we had the opportunity to create a bit of freedom in the sea for those who had never experienced it. True, it was just for a few hours, true that our sectioned area of the sea was tiny and cordoned off, but we managed with what we had.  We led the older children to the water’s edge and they rushed into the sea all fear abandoned.  In their village, they had not heard that Arik Einstein had died and those red t-shirts of the local soccer team are no longer in fashion. This explains the sea of red T-shirts many of the kids wore that day. There was a high level of ability and motivation to play with balls and actually with everything sporty. The younger children were more hesitant but in a short while they grabbed an inflated float and lay on the water as if they were on their annual holiday in the French Riviera. All this was aided along by our private lifeguard who gave us a sense of calm and security. The youngest and sweetest little girl chilled out in her private Jacuzzi – a little-inflated pool filled with sea water.  She adopted a volunteer named Honey as her aunt for the day. In the afternoon, the children and their mothers continued to a community center in Jaffa where the dancing and music were memorable.

It was also a joy to see that for a few hours there were two groups of children at the sea, Arab and Jewish kids. Although they didn’t play together, (each group remained separate), one didn’t interfere with the other. We observed a respectful coexistence and an understanding that each group had the right to enjoy the sea. Maybe, for the first time Jewish and Arab kids observed that the ‘other’ was exactly like them… all kids.

Sometimes I wish that all the Arabs would be thrown into the sea, and then all the Jews and anyone else who wanted to join.  After a swim, they would all come out and eat watermelon and ice-cream together, and it seems to me that the world would then be in a better place.