Checkpoints Galore and the Journey in Between: Reports of Our Observations from the Field | Machsomwatch
Skip to main content

Checkpoints Galore and the Journey in Between: Reports of Our Observations from the Field

In the past six months we carried out 381 shifts to the West Bank.  We monitored and documented our observations in and  around Jerusalem, throughout the West Bank (central and northern), in the Hebron area and in the Palestinian Jordan Valley. During our shifts, teams of 2-3 women volunteers visited permanent checkpoints 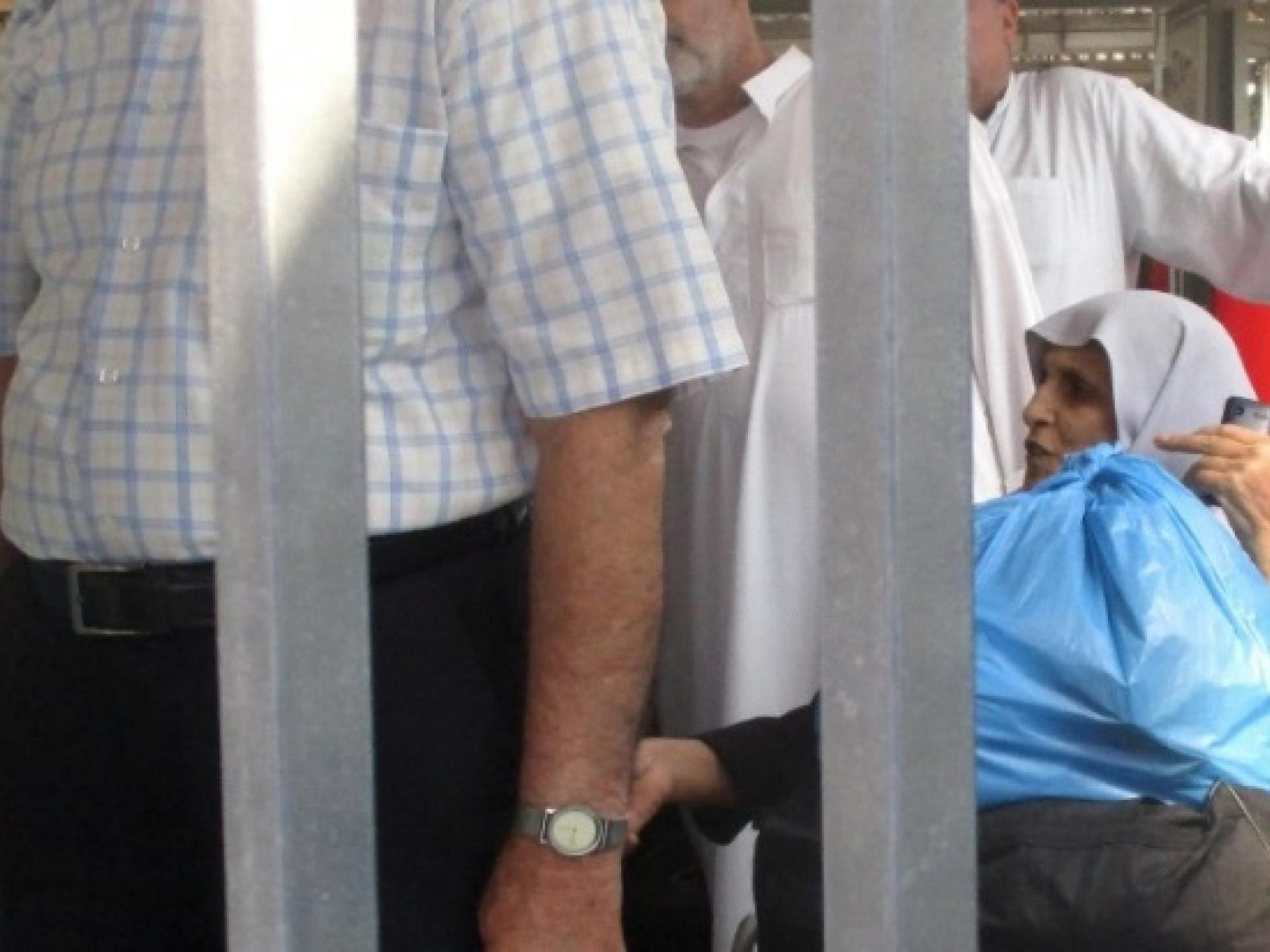 The Qalandiya Checkpoint serves all Palestinians who enter Jerusalem from the city’s northern neighborhoods and from the northern West Bank including Ramallah, Nablus and Jenin.  Sometimes there are reasonable days at the checkpoint.  Reasonable in terms of  everyday life under the occupation – when the crossing lasts about 40 minutes at around 6 am. But most days are extremely difficult. At one shift on a difficult day we witnessed a familiar and unwelcomed sight at 5:30 am. Waiting lines disintegrated into chaos, piles of people at the entrance to the cages and benches filled with those who had to back up due to overcrowding. The inspection process was slow, crossing lasted from an hour-and-a-half to two-and a half hours. Only at  8 am did the lines become reasonable again when it took about 45 minutes to get through the checkpoint.

On most days, the humanitarian gate (meant to serve women, children, the elderly and the sick) was not opened at the designated time and then it opened for a short time only. The upkeep of the checkpoint is faulty too, a broken turnstile, a metal detector that shoves the luggage with force, and lots of trash in the passageways.

Our volunteers reported new construction at the checkpoint which will include five new inspection booths that might lighten the burden, and on the Israeli side a car-park has begun to operate for a fee. On the other hand, for a year-and-a-half now there is no public parking on the Palestinian side, chaos and traffic jams reign. The bus stop for passengers from Qalandiya to the West Bank has been moved without any consideration of the riding public to a distance of about 500 yards (half a kilometer) from the checkpoint exit.

Qalandiya Checkpoint is also the crossing point for the transports used by patients from Gaza travelling to the West Bank hospitals and back. The sights are heart-wrenching and stories of tiresome bureaucracy especially painful: 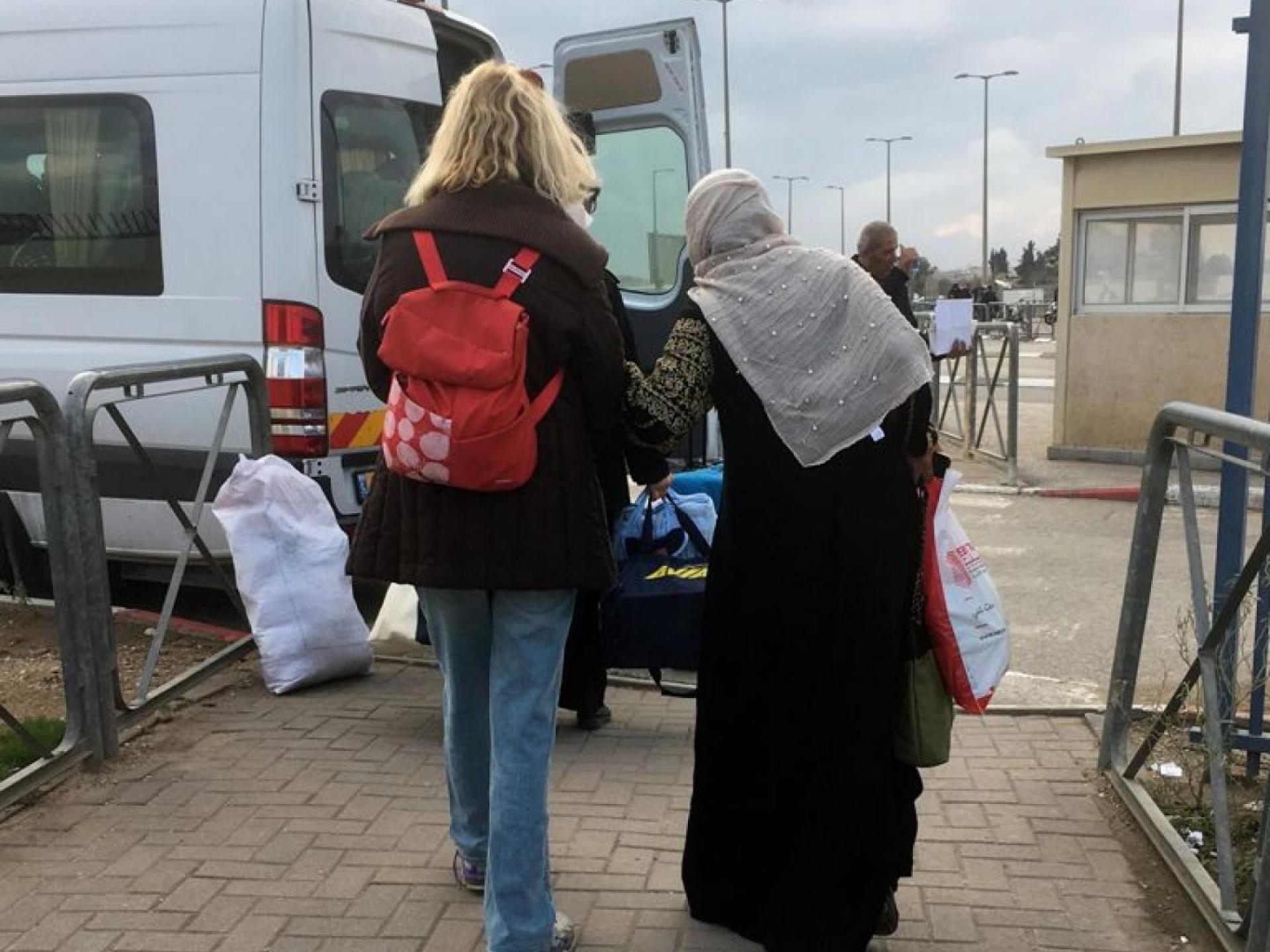 Ever since the wall separating Shu’afat refugee camp from Jerusalem was completed the situation here continues to deteriorate. Israeli municipal and emergency services are nonexistent, the police does not enter the camp, and crime, drugs and weapons are a grim reality. The residents live in a state of anxiety. UNRWA provides many services, and the fear of budget reductions following recent American declarations are on everyone’s mind. Machsomwatch volunteers visit the checkpoint area and the car-park of the Jerusalem school transports. Crossing the checkpoint itself is relatively smooth, only people holding Israeli IDS are allowed through – most are descendants of Palestinians who were evicted from the Old City of Jerusalem.

Crowding remains  unbearable and there is no solution in sight. On October 14, 2018 a televised report by Ohad Hamo, showed scenes of Palestinian workers trampled in the unbelievably crowded waiting lines at the checkpoint, as they headed for work inside Israel.  The video has not been translated into English, but the visual impact of the images need to be seen, even if without translation.

8 minutes and 41 seconds of truth from Checkpoint 300:  Bethlehem,  A report by Ohad Hamo

A chilling report from a foreign visitor to the Bethlehem Checkpoint:

Israeli Capriciousness as I Witnessed It at the Bethlehem Checkpoint Haaretz, December 11, 2018 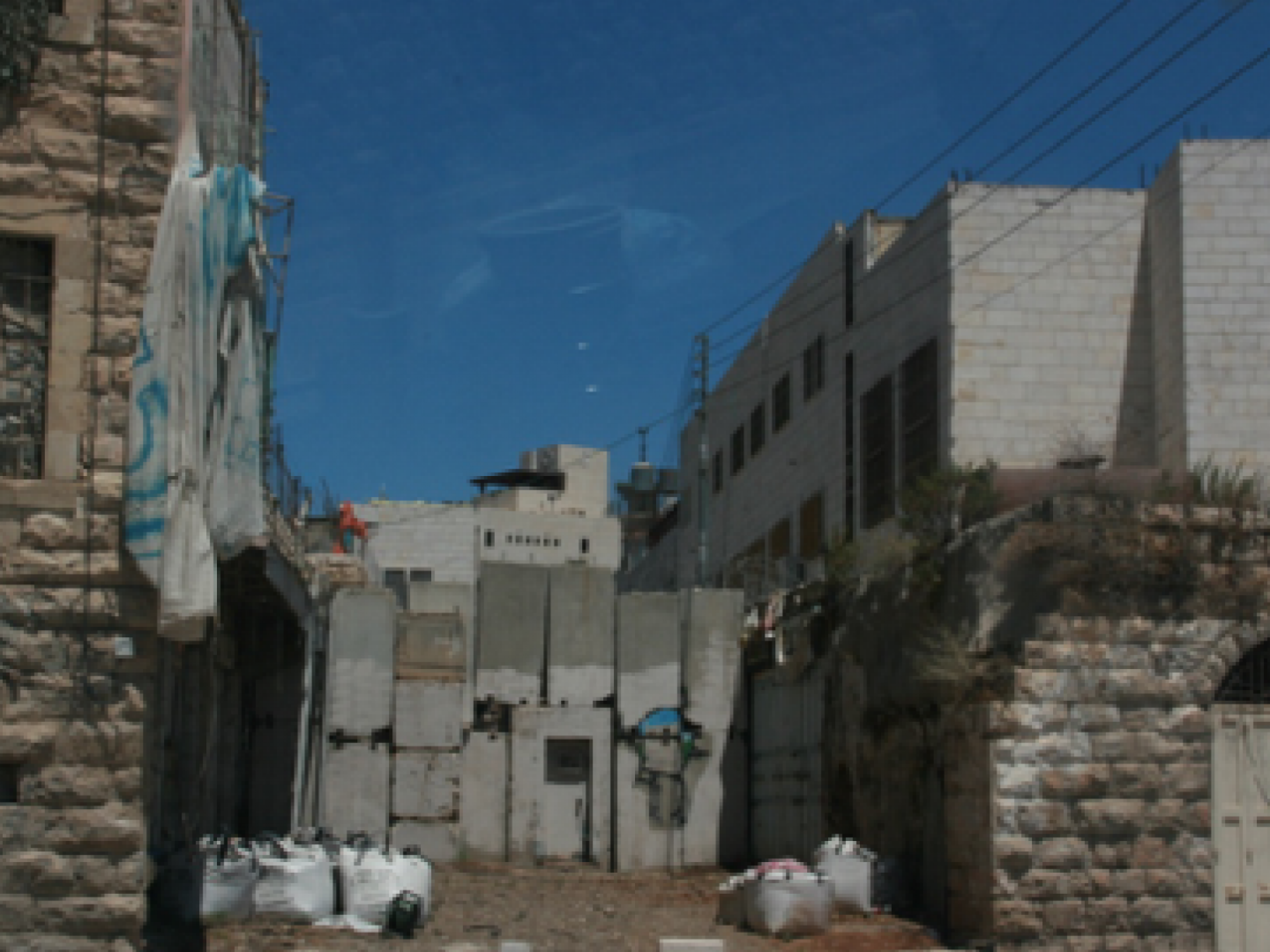 One of the Hebron Checkpoints
Photographer:
Ariela Slonim

For the past six months the situation in Hebron has deteriorated considerably, and the life of Palestinian residents of the Old City has become even more difficult. Our activists report that the streets here are nearly empty, except for the omnipresent Israeli soldiers. The settlers’ hold on this place is reinforced by the army, and the Palestinian residents suffer numerous incidents of harassment and endless restrictions which make it extremely difficult to live a normal life.

Inside the city of Hebron, in the most sensitive sites, the Israeli government has recently approved two new construction plans for Israelis only. In addition, Jews purchased two houses near the Cave of the Patriarchs – Beit Leah and Beit Rachel – and an archeological park has opened in Tel Rumeida neighborhood (on land owned by the Haikal family, right next to their home). For the protection of all of these places, more barriers and checkpoints have been added. The olive harvest in Tel Rumeida was carried out with much difficulty. Pogrom like violence was experienced by Palestinians on Saturdays, and certain Jewish holidays. Furthermore, the Israeli army conducts nearly daily incursions into Palestinian schools, forcing its way in and throwing tear gas canisters. Frequently, some of the teachers from the Cordoba School are prevented from reaching school due to errors in the names of the teachers as listed at the checkpoint and due to settler harassment.

Work continued on our survey of Muslim sacred sites.  Palestinian  land owners and representatives of local councils shared information about the lack of access to traditional sacred sites (maqam – singular in Arabic, maqamat – plural).  In the past, these sites  played an important role in the religious and cultural life of Palestinian villages. A team of Machsomwatch volunteers located, photographed and documented 35 such sites in the West Bank. We learned that access to these sights is denied to Palestinians because of their proximity to settlements or due to the Israeli army’s control. Our reports are available on the MW website.  Our survey is being translated into Arabic and English, and the editing team of the Israel Social TV network is working with us on a film about the maqamat  in the Nablus area. 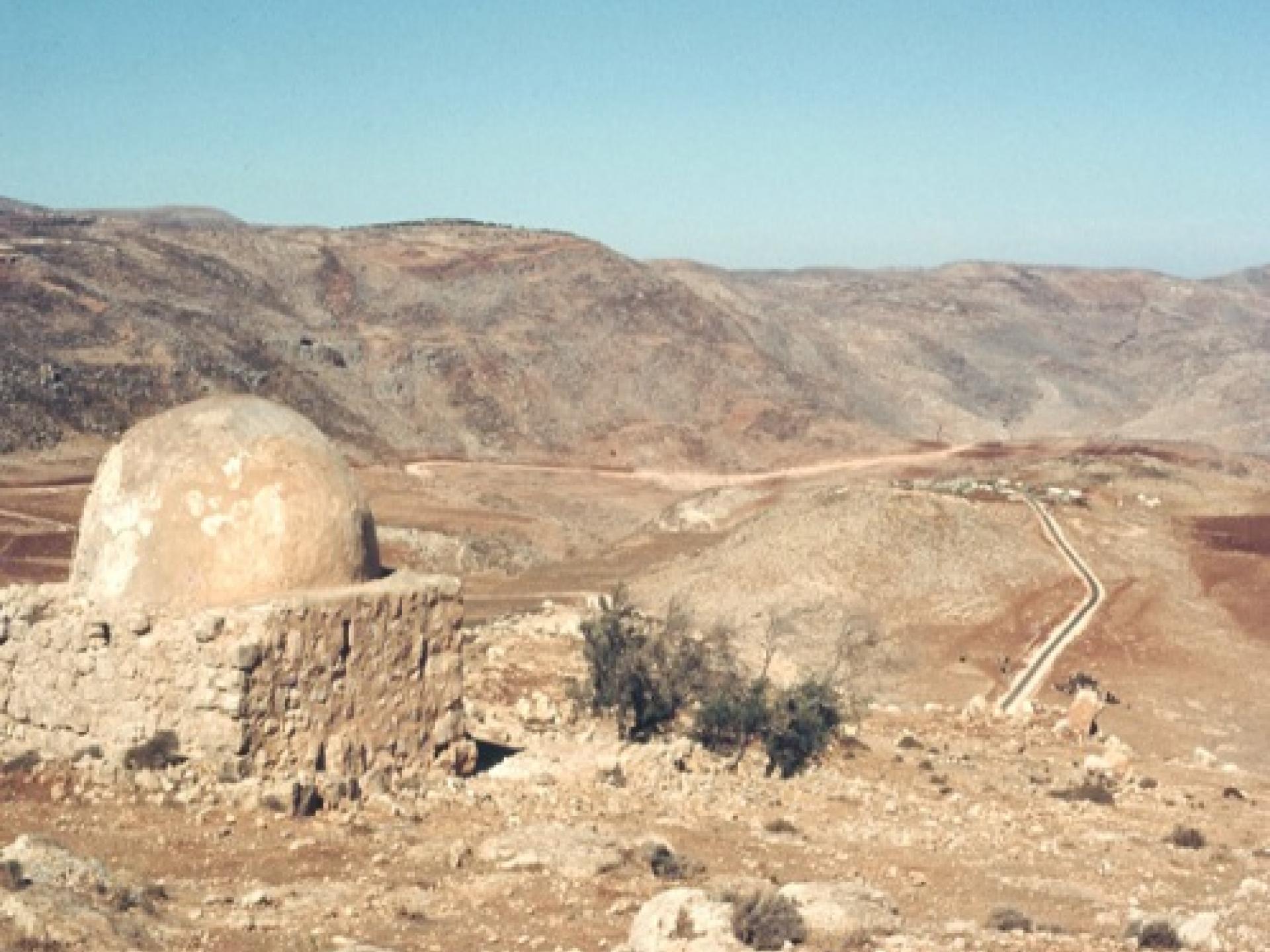 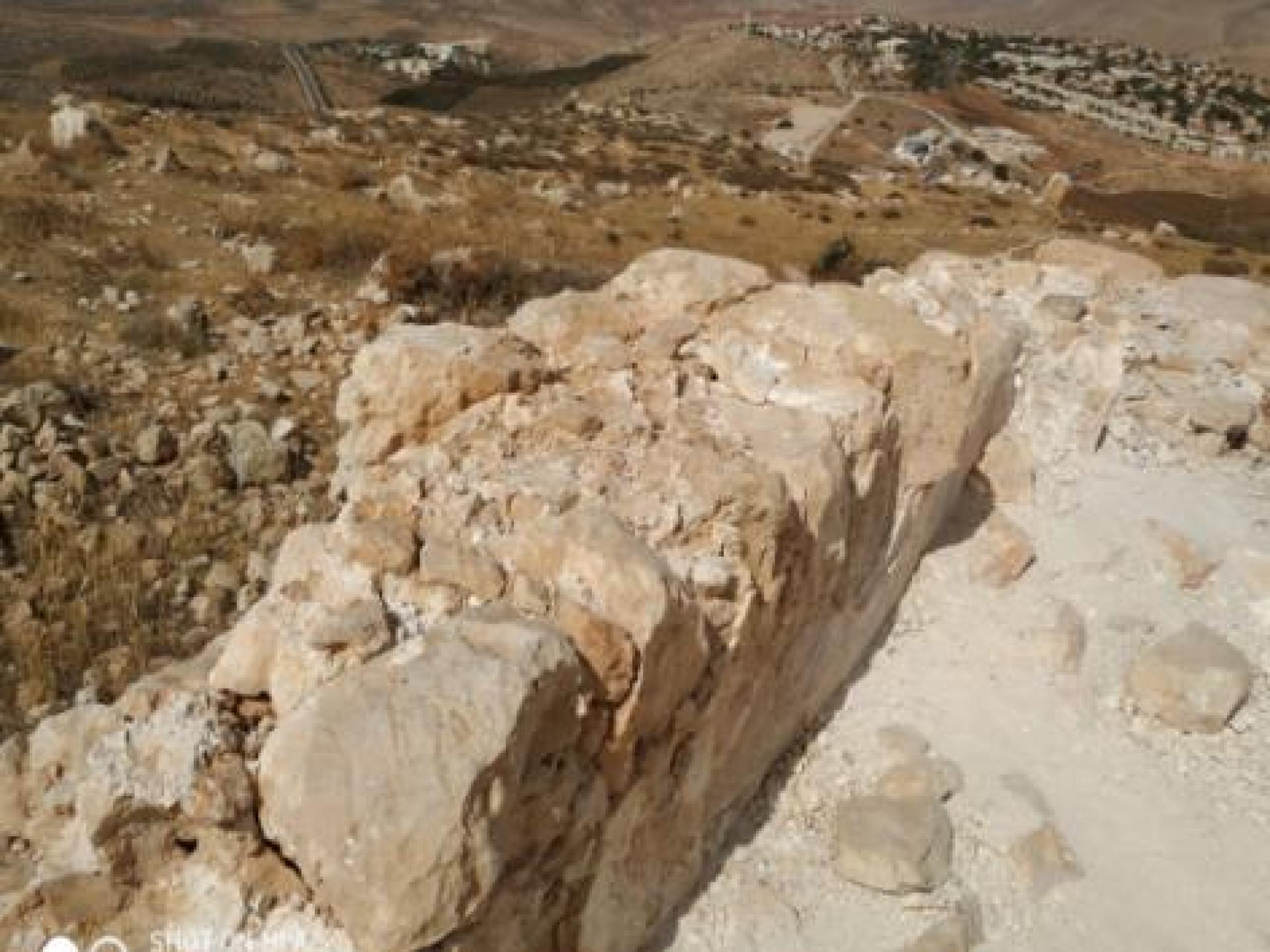 A sense of  desperation is palpable at the northern checkpoints

Barta’a-Reihan Checkpoint, now renovated (and situated inside the Palestinian area beyond the Green Line) efficiently allows entry to  thousands of construction workers who are building the  new Israeli town of Harish as well as workers at the Shahak industrial zone. So what if the new shed is in fact a prison pen of sorts, leading to narrow fenced-in tracks (the Palestinians add that they look like lanes for directing herds of sheep)?

There are hired Palestinian ushers onsite, managing and keeping order at the crossing and its many turnstiles. Everything else is done by remote-control, thus eliminating any possibility of contact and dialogue between the Palestinians and the security forces.

The Tura-Shaked Checkpoint serves Palestinian school children and residents of the seam zone crossing into the West Bank, and farmers and workers from the West Bank to cross into the seam zone.This checkpoint is known for a recurring problem of late openings in the mornings. The checkpoint is surrounded by an especially large amount of trash which is never collected or cleaned up.

Anin and Tayba-Rummana are agricultural checkpoints leading  to Palestinian-owned agricultural lands inside the seam zone which are separated from the villages by the separation barrier.  These checkpoints open only twice a week for a short period in the morning and in the afternoon (during the olive harvest they opened daily).  Here, there are  repeated problems of delayed openings of the gates

and changes in opening times and their duration. In some cases Palestinians crowd and wait at gates that remain closed.  The army claims that notifications of non-opening or changed hours was communicated to the Palestinian Authority, but apparently this information did not reach the people themselves. 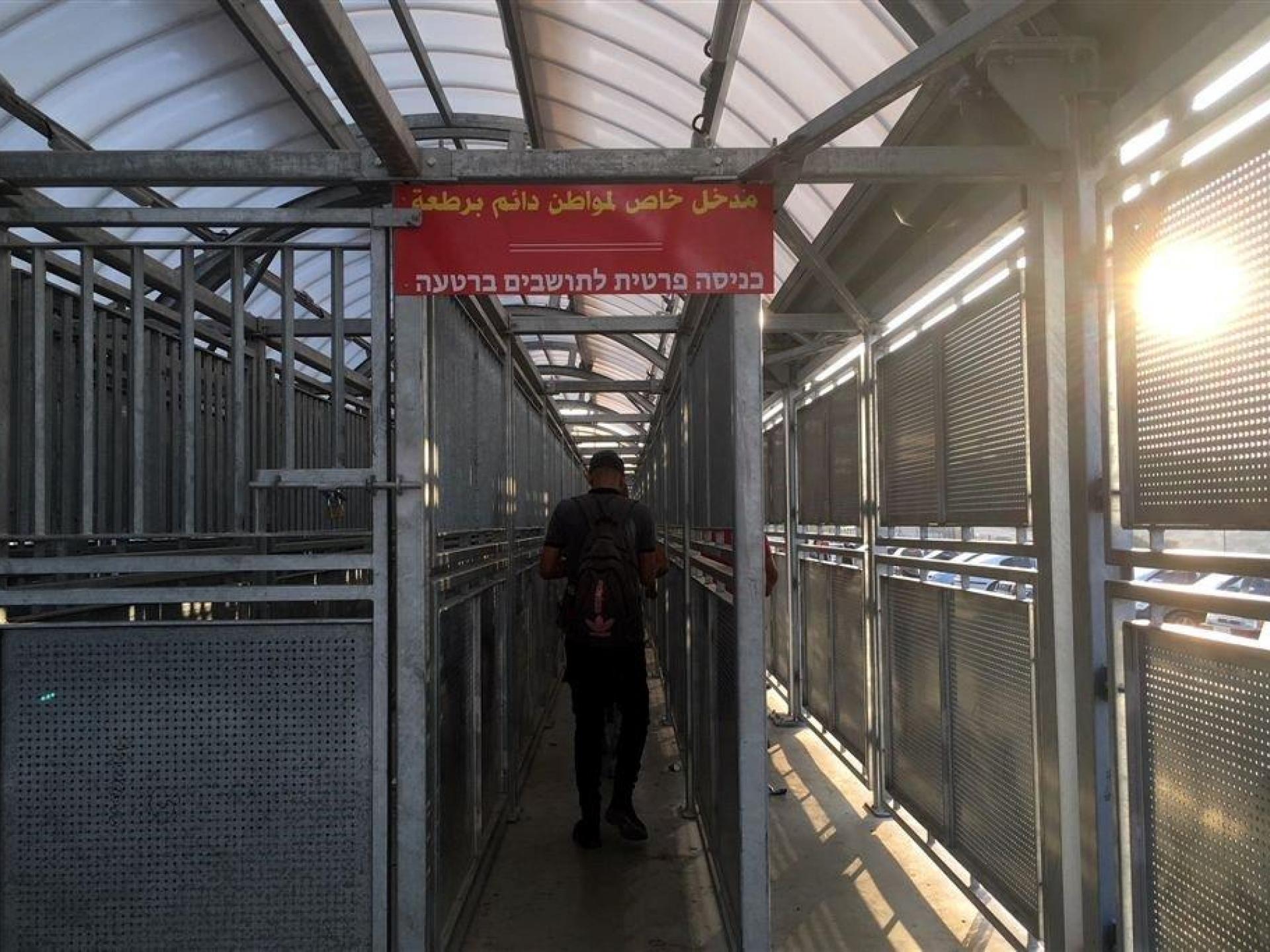 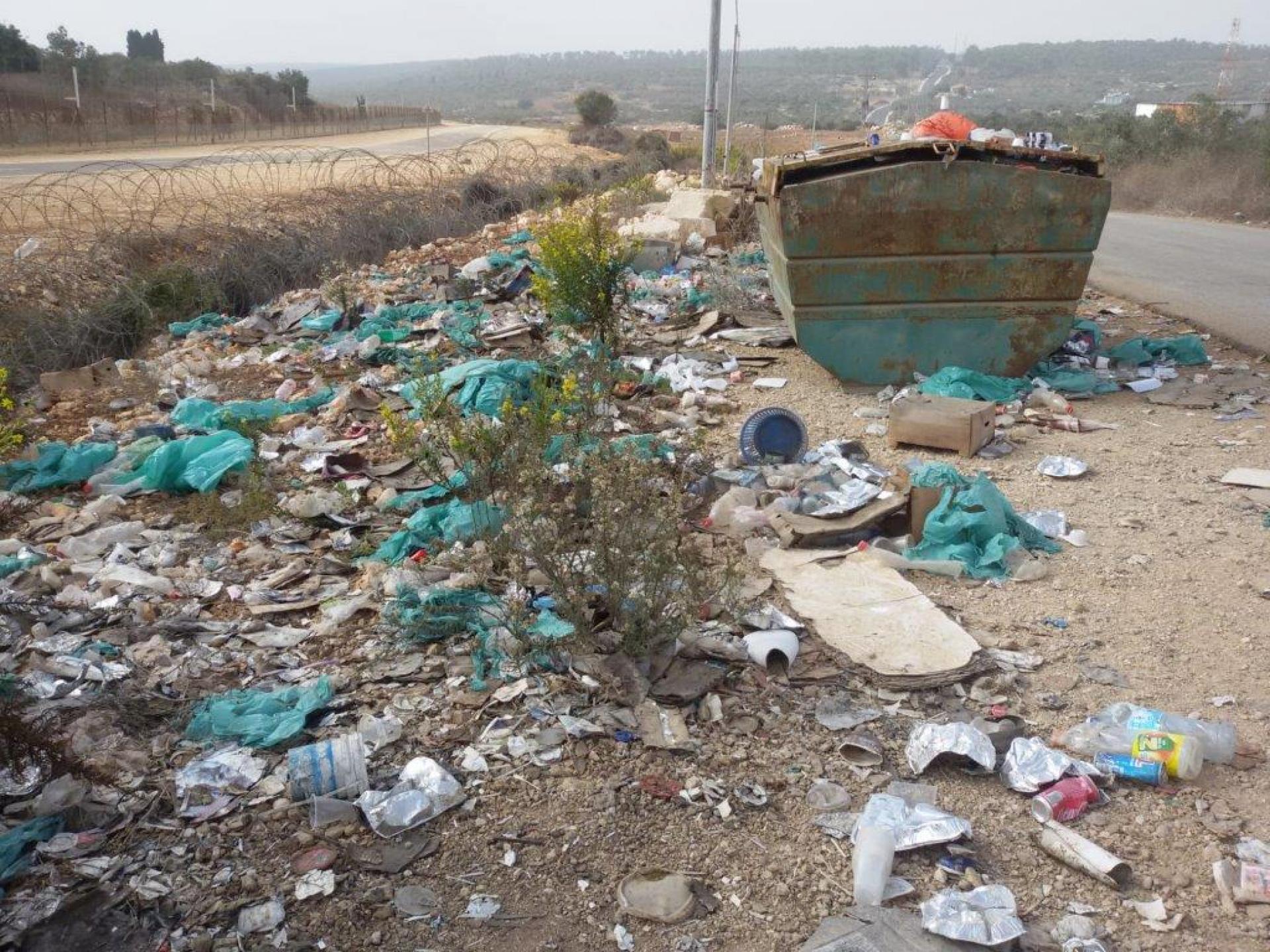 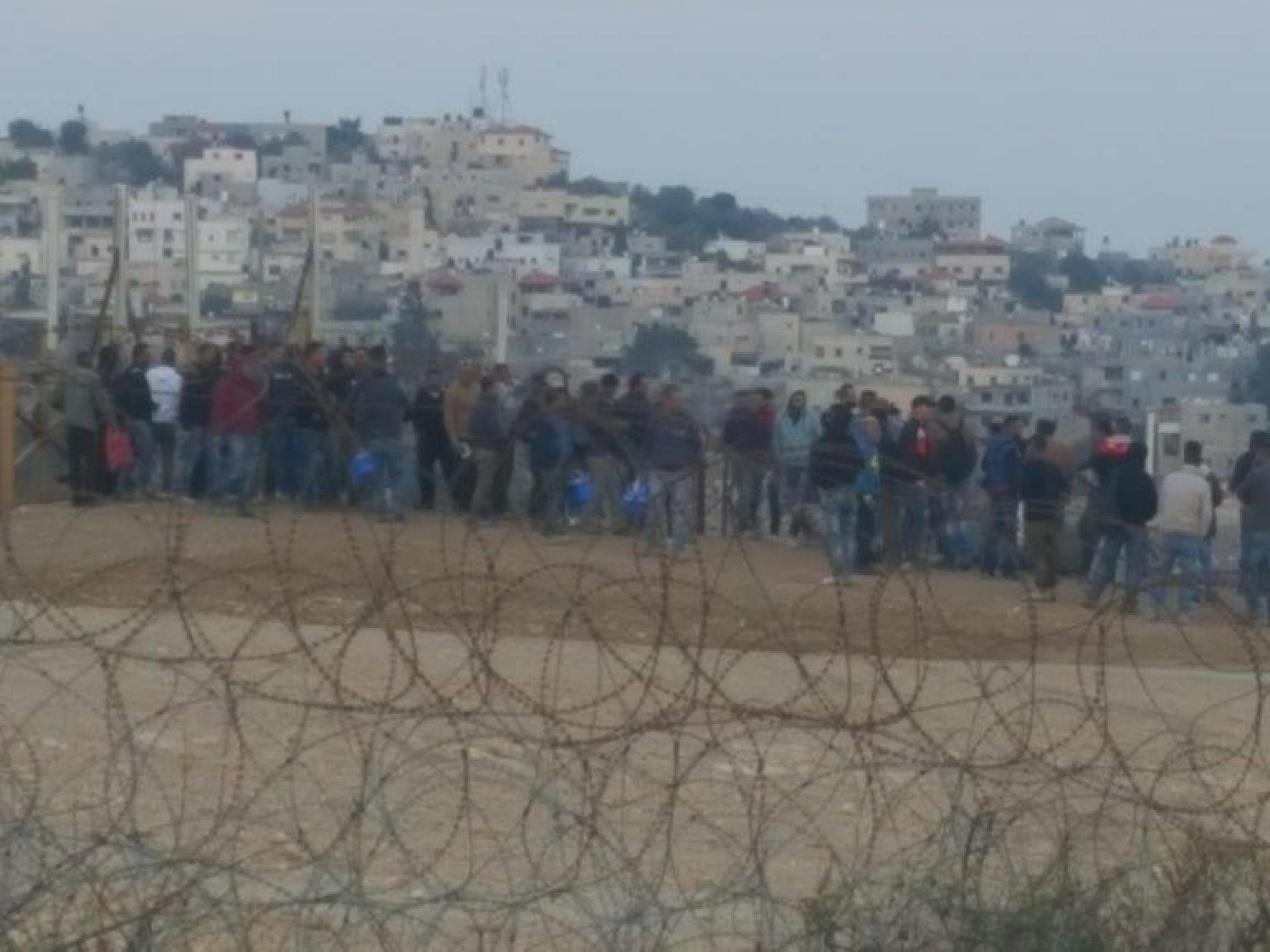 Waiting for the Anin Checkpoint to open
Photographer:
Neta Golan
Donate
Tour with us
Q & A
Join us
Our reports
Military court reports
The gate Keepers